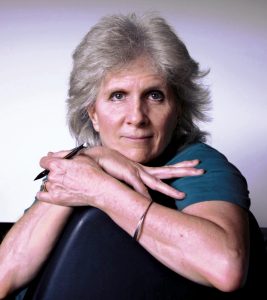 Janny Wurts has authored 19 novels, a short fiction collection, and 33 contributions to anthologies. Titles include the War of Light and Shadow series; standalones To Ride Hell’s Chasm, Master of White Storm, and Sorcerer’s Legacy; the Cycle of Fire trilogy; and the collaborative Empire trilogy with Raymond E. Feist.

Her paintings have been featured in NASA’s 25th Anniversary exhibit, Delaware Art Museum, Canton Art Museum, and Hayden Planetarium in NYC, and have received two Chesley Awards and three Best of Show at World Fantasy Conventions.

She lives in Florida with three cats and two horses, rides with Peace River K9 Search and Rescue, and enjoys offshore sailing, traditional music, and bagpiping.

The tenth book in the Wars of Light and Shadows series, Destiny’s Conflict, will be out soon, 24 years after the first. Tell us about the series and the structure of the ‘‘Arcs.’’ When the storyline was conceived, decades before the first volume’s release, I was young, ambitious, and neck deep in research to support the foundations of an epic concept, including the nuances of weapons and tactics. Then I saw the docudrama, Culloden, filmed in stark black and white, with Bonnie Prince Charlie and the Jacobite rebellion so ‘’celebrated’’ in ballads and literature stripped down to horrific, unvarnished facts. The shock of that viewing, set against the reading I’d done, forever an­nihilated the heroic trope of a killing war based on a cause. The shine on the myth became utterly stripped. Textbook presentations of history, the narrow presentation of the daily news, literature, movies, and particularly fantasy literature perniciously oversimplify good and evil. The righteous battle for a grandiose cause does not exist, and the ‘‘good’’ side does not prevail when the outcome rests upon brute force turned to slaughter.

My personal fury re-sharpened the Wars of Light and Shadow with intent to shatter the fallacy. All conflict has multi-faceted angles of view. From the outset, this series embraces that stance, its thrust aimed to rebut the glorifica­tion of history as written by the victor, and to rend the veil that elevates war as a broad-scale solution. The arc structure begins by setting the stage through the eyes of two half-brothers with different backgrounds, one a musician and solitary mystic, and the other the gifted son of a king. Their divergent natures become set at odds by the Mistwraith they aimed to subdue. The second phase enlarges the span of the conflict as their individual characters shape their re­sponses as dedicated enemies, and how that influence shapes their followers. The third arc opens up the arena to world view and defines the moral high ground of all of the factions involved, and the fourth dives beneath the sur­face into the mysteries of the world itself. The final arc (and last volume, now underway in draft) will orchestrate the series finale and bring the Mistwraith’s origins to conclusion. This graduated expansion alters the readers’ journey profoundly, each arc unveiling a wider perspective by breaking the precon­ceived frames of assumption. One by one, all of the traditional fantasy concepts are blown away, reversed, or replaced, revising all that has gone before until the viewpoint reshapes the setting and ventures beyond the world we thought we knew.

Did you have the whole series planned from the start?

The scope of the story demanded exten­sive planning to grapple with the layers of development. Cultures that seem familiar or parallel to ours at the outset are in fact oth­er, shaped by the nature of the world itself, which imposes unique restrictions on how humanity fits into the larger picture. This is not a ‘‘linear’’ story, or one with vast sprawl and diversity, but instead is deliberately self-contained in order to spiral upward in van­tage, redefining itself with each volume. Each installment lays the groundwork for a mid-point twist, then converges into an explosive finale with no cliffhangers. In theory each book self stands, but while some have taken the plunge in mid-series and managed to thrive, encountering the books out of sequence requires patience and use of the glossary. These are slow build books, not straight­forward, with nuances intertwined with the unreliable or narrowed views of the characters themselves. The story unveils itself without pause to explain, and entry from the middle will shift the focus of the unified expe­rience. Not all of the details will emerge with one pass, anyway, so even though the brute punch from the most dramatic reveals may be lessened, the ongoing growth of the characters and the world are profound enough that a look backward will still upset the reader’s sup­positions.

What particular advantages or pleasures does working in the same universe offer you as a writer?

Depth and scope, above everything, combined with the relentless challenge of driving creativity to surpass itself. Imagination has to be pushed, and invention must shatter expectations, again and again, to keep building tension. Secondary characters can be devel­oped to the same degree as a central protagonist, and deeper themes can be lifted and layered into a truly multi-dimensional tapestry. Wars of Light and Shadow does not diverge to evoke surprise, but constantly redefines itself. Every char­acter grows and evolves. The world view dives beneath surface features, until its unearthly nature intersects with the narrative as significantly as the major events. Additionally, the format grants room for life perspective. I’m not the same writer I was in my twenties when I originated the ideas. The series’ ex­ecution has spanned four decades, whose inevitable maturation of perspective infuses the story itself.

Epic fantasy that is resoundingly mythic is not time bound. We’ve had Tolk­ien and the full range of quest fantasy and folklore, and we have the rebel­lious rage of grimdark, the emerging voice of social dissonance ripping open society’s wounds to provoke insightful change, and countless heroes’ journeys portrayed through coming of age. But I’ve chosen to pursue an epic fantasy that can leap beyond the ground plowed by history and consensus opinion, and stretch into the realm of visionary evolution. Given the power to handle anything with the gloves off, and more, why not vault past trodden ground and grapple with extraordinarily ideas headlong? Take the baseline of belief, move all the markers, and throw in the richness of human nature, and epic fantasy becomes limitlessly capable of setting the stage for a radical range of alterna­tive thought. Opening with adult characters, then steering their story through a sequence of unveilings that land them, and the reader, into totally uncharted territory has become the challenge of a lifetime work. There are no signposted landmarks. Where Destiny’s Conflict delves into the nature of the mysteries driving the world of Athera, the concepts evoked are not for children. The sum of the whole cannot be neatly summarized, or crammed into a blurb. If I’ve succeeded, the delivery will kindle a firestorm of fresh possibility because the wonders and magic are extrapolated from the resonant properties of the electromagnetic spectrum, taken beyond what our science can quantify.

If it’s because they enjoy the landscape of the familiar, then I’ve totally blown it, be­cause I’ve done my utmost to start with ap­parently classical elements and stretch them into a different mold. Readers seeking a re­turn to predictable elements won’t be allowed to retread the same ground. They can’t skim their way through a sequel that doesn’t flex prior assumptions and whiplash fixed views into an altered perspective. The character whose actions were reviled in one book is apt to become the one to root for in the next. A laudable strength in one circumstance can become the fatal flaw leading to downfall. Where some se­ries offer a comfort zone, this one tests and discards the boundaries.

Newcomers to my writing might bear in mind that I never tackle the same idea twice, so I recom­mend choosing the entry point carefully. The Wars of Light and Shadow is, absolutely, jumping off the deep end of my career. The slow build and the complexity will not reward rushing, and the ham­mer will not drop straight out the gate. The shock and awe finish must emerge and develop. For read­ers coming off the Empire series, I’d advise start­ing with any of my earlier standalones, or To Ride Hell’s Chasm, which follow a simpler structure. Kick the tires with the excerpts on my website and see what fits.

I have short works related to Wars of Light and Shadow, usually done to illuminate some nuanced bit of back history that underpins the greater work. Over time, I hope to add more, then compile the massive backlog of artwork and cover paintings into a series compendium. Any artist can illustrate a book, but mortality allows only one shot at seeing how the author/artist envisioned it.

Looking beyond, I’ve got detailed outlines for a fourth volume in the Cycle of Fire, and a little seagoing fantasy that has four chapters written. It’s been said that a story is the gift of experience given to someone else, and in that regard, I have a var­ied backlog of hardcore pursuits to draw upon. I’d like to become that author who pulls no punches, delivering the sense of ‘‘being there’’ to a wilder­ness crisis, or the impact of surviving an offshore storm, or handling a difficult horse. Expect the genuine grit of reality woven through a balance of dark and light, with the full spectrum from sublime joy and to stark sorrow expressed through the hu­man condition. I suggest that the loss or destruction of hope is mankind’s ultimate enemy. Therein lies the common thread that directs my work. I take the stance that wanton descent into cynicism poses our ultimate defeat, an infectious attitude that poisons needful change and denies the goodness and resil­ience of the heart. I will use my pen and my imagi­nation, not to battle dark lords, or evil, or any other monster, but the despair we create from our failures and the shadows of our limited mind.

This Spotlight feature appeared in the August 2017 issue of Locus Magazine. 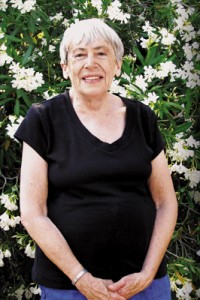 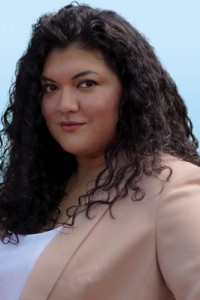