SF Grand Master Brian Aldiss died August 19, 2017 at home in Oxford, England shortly after celebrating his 92nd birthday with friends and family. Aldiss was a towering figure in the genre. Critic John Clute called him “one of the SF field’s two or three most prolific authors of substance, and perhaps its most exploratory.” Aldiss’s influence as an editor was also profound, and his insights as a critic and historian of the field were justly renowned.

Brian Wilson Aldiss was born August 18, 1925 in East Dereham, Norfolk, England, and educated at Framingham College and West Buckland School from 1936-42. He was drafted in 1943 and served in the Royal Signals in Burma and Sumatra until 1947. After the war he worked as a bookseller in Oxford until 1956 – the inspiration for the sketches on the trade published as The Brightfount Diaries (1955). In 1956 he became a full-time writer. He was literary editor at the Oxford Mail from 1958-69, and SF editor for Penguin from 1961-69.

Aldiss’s first SF story was “Criminal Record” in Science Fantasy (1954), and over the next few years he became well known for his short fiction; “Not for an Age” (1955) won first prize in an Observer SF contest. Some of the early stories were gathered in Space, Time, and Nathaniel (1957).

His debut SF novel Non-Stop (1958; as Starship in the US) is now recognized as a classic. He won a short fiction Hugo in 1962 for “Hothouse”, also known by its book title The Long Afternoon of Earth (1962). Other early works of note include Graybeard, The Dark Light Years, and Starswarm (1964). In the latter half of the ’60s he became identified with the British New Wave, and published downbeat social satire, often in New Worlds. He wrote groundbreaking works like the French Surrealist-inspired Report on Probability A (1968) and the Acid-Head War stories, which combined Joycean and psychedelic elements and were collected in Barefoot in the Head (1969). Novella “The Saliva Tree” (1965) blended H.G. Wells and H.P. Loevecraft, won a Nebula Award, and was the title story in The Saliva Tree and Other Strange Growths (1966). “Supertoys Last All Summer Long” (1969) formed the basis of the film AI Artificial Intelligence (2001).

Collection The Moment of Eclipse (1970) won a British Science Fiction Association Award in 1972, one of many European awards he received. In the ’70s Aldiss moved away from SF and produced his first bestsellers, semi-autobiographical trilogy The Hand-Reared Boy (1970), A Soldier Erect (1971), and A Rude Awakening (1978), later consolidated in omnibus The Horatio Stubbs Saga (1985). His one work of fantasy, The Malacia Tapestry (1976), is lyrical and strange, and was a critical favorite.

In the ’80s he returned to SF with the groundbreaking Helliconia Trilogy: Campbell Award winner Helliconia Spring (1982), Helliconia Summer (1983), and Helliconia Winter (1985).

As an editor, Aldiss helped shape the field with his early anthologies from Penguin; his Best SF annuals (1968-76), co-edited with harry Harrison; his survey anthologies of the ’60s, ’70s, and ’80s (also with Harrison); and many more works.

Aldiss was also well known for his SF criticism, drama, and poetry. His speculations about genre origins originally appeared in his history of SF Billion Year Spree (1973). It was revised and expanded with David Wingrove into Trillion Year Spree (1986); that version won a Hugo. He explored some of the same ideas in novel form with Frankenstein Unbound (1973) and sequel Dracula Unbound (1991).

He was often involved in SF leadership roles, as president of BSFA (1960-65) and World SF (1975-79), co-founder of the Campbell Memorial Award, and other activities both foreground and behind the scenes. He has been guest of honor at numerous conventions, including two Worldcons; was the “Permanent Special Guest” at the International Conference of the Fantastic in the Arts; was made a SFWA Grand Master in 1999; became a SF Hall of Fame Living Inductee in 2004; and was named an officer of the Order of the British Empire for services to literature in 2005 at the Queen’s birthday honours.

Aldiss had four children, two with first wife Olive Fortescue (married 1948, divorced 1965) and two with second wife Margaret Manson, married 1965; she predeceased him in 1997. He is survived by his children and seven grandchildren. 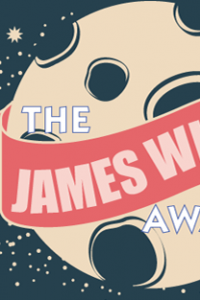 New Vonnegut Collection to Be Published