This original anthology includes 18 stories (five reprints) of adventure tales from far-flung galaxies, with work by Charlie Jane Anders, Tobias S. Buckell, Becky Cham­bers, Alan Dean Foster, Kameron Hurley, Linda Nagata, and more, with an introduction by the editor. ‘‘Fitting the scope of space opera into short stories can be hard, but these stories do it pretty well.’’ [Rich Horton] 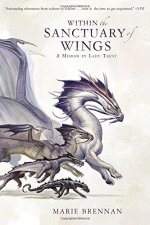 Marie Brennan, Within the Sanctuary of Wings
(Tor Apr 2017)

Brennan brings her charming series, ‘‘The Memoirs of Lady Trent’’, to a close with this fifth volume. Set in an alternate (and dragon-filled) version of the 19th century, headstrong naturalist Isabella Trent recounts her most remarkable voyage of discovery, to the hidden Sanctuary of Wings – where she discovers a lost civilization. 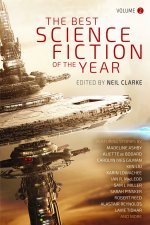 This consistently visionary author continues to explore possible futures with a tale set in a world ruined by climate change, where those disenchanted by the rules of society strike off to forge their own independent societies in the wilderness beyond the cities. ‘‘ This is the best Cory Doctorow book ever. I don’t know if it’s destined to become an SF clas­sic, mostly because it’s so advanced and different that it makes the whole genre look archaic.’’ [Bruce Sterling] 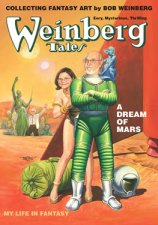 This non-fiction volume is a tribute to the late author, editor, and collector Robert ‘‘Bob’’ Weinberg (1946-2016), with appreciations by Stefan Dziemianowicz, Harlan Ellison, Stephen Jones, and Joe R. Lansdale, plus a series of articles by Weinberg about collecting fantasy art, and essays including ‘‘My Life in Fantasy’’ and ‘‘A Dream of Mars’’. Lavishly illustrated with artwork and photos, this is a suitable tribute to a legend of the field.

Hobb brings the Fitz and the Fool trilogy (set in her long-running Realm of the Elderlings universe) to a close with a suitably epic bang, as aging assassin FitzChivalry Farseer and his enigmatic friend the Fool vow to exact a final revenge against the sadistic Servants, a secret soci­ety that uses its knowledge of the future for its own gain. 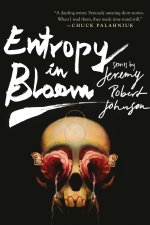 This debut collection by a rising author of dark and bizarre fiction with a cult sensibility includes 15 reprints from 2004-2011 and an original novella, ‘‘The Sleep of Judges’’, with story notes by the author. Brian Evenson pens a laudatory introduction.

This is the 14th (!) collection by one of our most ambitious and accomplished short fiction authors, collecting 29 stories, most from her Sirenia Digest story subscription service, published from 2009 to 2012. ‘‘She writes always with tactility, clarity, inventiveness and surprise, conjuring up weirdness out of the mundane, and lifting the veil of the exotic to reveal a common heritage of humanity. These stories stand out as passionate and real.’’ [Paul Di Filippo]

The new collection by the acclaimed author includes 13 stories (one original), her famed memoir ‘‘The Scary Ham’’, story notes, and an introduction by Karen Joy Fowler. ‘‘For decades, it seemed like Ray Bradbury was SF’s default poet of childhood…. I wonder if Ellen Klages is gradually assuming that mantle.’’ [Gary K. Wolfe]

This collects the first season of the ongoing e-book serial set in Kushner’s Riverside world (a prequel to her classic Swordspoint), with installments by Kushner, Patty Bryant, Joel Derfner, Alaya Dawn Johnson, Malina Lo, Racheline Maltese, and Paul Witcover. ‘‘Well-paced, ex­cellently written… delighting in the opportunity to fully indulge in its drama of manners (and swords), it’s one of the most accomplished and purely enjoyable things I’ve read in a while. I recommend it highly.’’ [Liz Bourke] 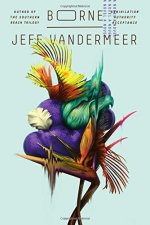 In a bizarre future devastated by biotech run amok, in a city dominated by the giant flying bear Mord, a scavenger named Rachel discovers a strange creature, names him Borne, and raises and teaches him – but as Borne grows, he threatens the delicate balance of life in the ruins. ‘‘With Borne, [VanderMeer] may have produced his most focused and linear novel to date…. I don’t think he’s created characters before quite as memorable or quite as heart-breaking as Rachel and Borne.’’ [Gary K. Wolfe]

From the June 2017 issue of Locus Magazine