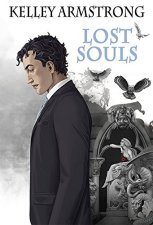 Armstrong returns to the world of her popular Cainsville series for this novella of lawyer Gabriel Walsh, investigating a report of what sounds like a typical tale of a “disappearing hitchhiker,” hoping to dig up enough to intrigue and smooth things over with his investigator Olivia Taylor-Jones – only the story isn’t exactly the old urban legend he expected. A spirited tale for fans of the supernatural, whether familiar with Cainsville or not. 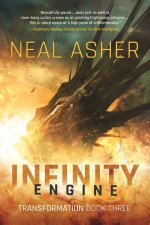 The mind-blowing far-future action continues in this final installment in the epic space opera Transformation trilogy, part of the acclaimed Polity universe. This volume wraps up the story of the incredibly powerful but deeply disturbed AI, Penny Royal, in an explosive and satisfying conclusion. Simultaneous with the Tor UK edition. 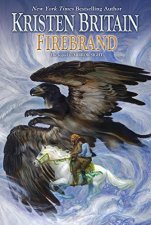 This powerful sixth book in the acclaimed Green Rider fantasy series finds Karigan G’ladheon wounded in heart and mind by her experiences in a dark future, but she still undertakes a new mission to find a lost race of allies, only to stumble upon a dreaded enemy whose latest plot has already entangled the king. Plenty of magical action and the introduction of some intriguing new magical beings keep the series thrilling. Published simultaneously in the UK by Gollancz.

A captive princess allies with an enemy prince to enter a competition that grants a wish, in this striking young-adult fantasy novel inspired by Greek and Indian mythology, full of lush imagery and fascinating creatures, set in the world of The Star-Touched Queen.

John Kessel, The Moon and the Other
(Simon & Schuster/Saga Press Apr 2017)

The moon provides the backdrop for this tale of opposing cultures in the 22nd century. Kessel depicts in detail an idealistic matriarchal society set up by both men and women as a social experiment to avoid the evils of patriarchy. Inevitably young men rebel, and for one things go badly wrong in this rich and complex novel, “almost certainly [Kessel’s] finest yet. Though not lacking in his characteristic wit, it moves well beyond the satirical dark humor of Good News from Outer Space and Corrupting Dr. Nice and invites us – actually compels us – to consider just how vexing issues of gender, authority, responsibility, and even celebrity can get in the real world.” [Gary K. Wolfe]

The fourth volume in Centipede’s project to reprint all of Lafferty’s short fiction presents 16 stories from one of SF’s most distinctive and inventive authors.

It’s been more than ten years since the last volume in the acclaimed Under Jurisdiction series, which remains compelling as ever in its mix of moral conflict and horrifying heroism as it follows the brilliant, emotionally tormented torturer Andrej Koscuisko. Having escaped the Jurisdiction and his job as torturer, Andrej now faces a savage, genocidal terrorist organization trying to take over his refuge, and the only way to stop them is to return to the role he fought so hard to escape.

Betrayal and revenge drive this hard-SF tale of feuding clans on the moon in this near-future sequel to Luna: New Moon. “Whether it is in the descriptions of moonscapes or industrial processes or assassinations or robotic warfare or family reunions (with or without assassinations), McDonald’s language can and does rise to the occasion, as it must if it is to drive a story so ambitious in its portrayal of humankind at the limits of its power to create and destroy.” [Russell Letson] Published simultaneously in the UK by Gollancz.

Kylara Vatta returns in this welcome first novel in the Vatta’s Peace series, a follow-up to the Vatta’s War series. Only things aren’t that peaceful, as Admiral Vatta reluctantly returns to her homeworld for some family business, only to have her shuttle brought down by sabotage in the most inhospitable, unreachable spot on the planet. A rousing adventure of survival, betrayal, and some fascinating new discoveries. Published simultaneously in the UK by Orbit.

Rising sea levels have transformed the world, but the focus of this character-driven SF novel is a group of colorful and eccentric people living in a flooded Manhattan skyscraper as a massive storm approaches. “There have been more than a few environmental catastrophe tales set in a future New York, but possibly none of them have been this interesting.” [Gary K. Wolfe] Published simultaneously in the UK by Orbit. 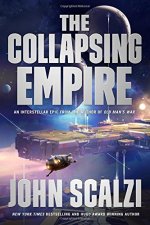 A galactic empire faces massive disruption when the extradimensional Flow that makes faster-than-light travel possible starts shifting, threatening to strand the interdependent human worlds. Politics, intrigue, and Scalzi’s trademark humor make an entertaining mix as a scientist, a starship captain, and an emperor desperately seek answers in this first volume in a new series. Published simultaneously by Tor UK. 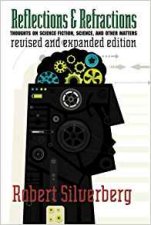 Silverberg’s erudite wit shines in this classic non-fiction collection of 95 essays, introductions, and opinion pieces by Silverberg, most from the 1970s to the 1990s; this new edition rearranges some pieces and expands on the 1997 version with seven added essays, four more recent, plus a new foreword by Silverberg.

From the May 2017 issue of Locus Magazine 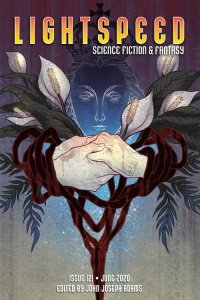 Television series Game of Thrones, based on George R.R. Martin’s epic fantasy series A Song of Ice and Fire, won nine Emmy Awards on September 17, 2018, including Outstanding Drama Series and Peter Dinklage’s award for Outstanding Supporting Actor In A Drama Series. Martin attended the red carpet event in Hollywood with Nnedi Okorafor. For the complete list of Awards see the Emmy’s site. While you are here, please take