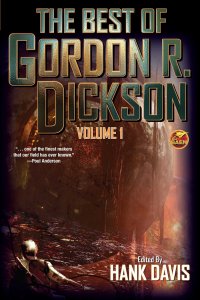 It is generally acknowledged that SF/F/H publishing experienced a gigantic paradigm shift post-Star Wars, a transformation which has only accelerated, increased its magnitude, and further altered its unpredictable dimensions in the past decade or two of that tumultuous forty-year span. The old cozy world of a fandom-to-prodom pipeline; a limited slate of publishers, mostly traditional New York houses plus a few small presses; dominance by print magazines; etc., etc., is long gone, never to return.

One feature of that old world which, to my eyes, has diminished greatly, was writing partnerships. The small, somewhat incestuous world of science fiction built intense friendships and desires to collaborate. The canon of SF/F/H is filled with famous duos. Wylie & Balmer; de Camp & Pratt; Kuttner & Moore; Niven & Pournelle; Pohl & Kornbluth; Williamson & Pohl. Harlan Ellison devoted a whole collection to his shared fictions, Partners in Wonder.

But where are such partnerships among the younger writers? They seem out of fashion. True, there are shared-world projects, such as Bookburners, Tremontaine and Wild Cards. But these joint efforts strike me as more of themed anthologies featuring a Bible, to which one contributes a solo piece. They do not represent two creative minds yoked in tandem. Such novelist unions do still exist. Larry Niven continues to work with Gregory Benford and Steven Barnes, among others. Rudy Rucker and Bruce Sterling just published Transreal Cyberpunk, a volume of their collaborations. Kathleen and Michael Gear soldier on, as do Douglas Preston and Lincoln Child. But again, older writers.

I bring up this topic on the occasion of the appearance of this Gordon Dickson collection simply because he and Poul Anderson formed one such famous working friendship. Although this book does not even feature any of their mutual work, its publication does roughly coincide with the release of Question and Answer: The Collected Short Works of Poul Anderson: Volume 7, which I will be covering in this venue later this month. So while perusing Dickson’s solo work–and, later, Anderson’s–it’s valuable to keep in mind that they had another whole aspect to their writing lives. Honoring the subtextual joint accomplishment of Anderson & Dickson while enjoying their solo work is our goal! Perhaps these two reviews, together, will conjure up the undiscussed collaborations.

Dickson began publishing professionally in 1950, and this first volume of his Best Stories chronicles the years 1954 through 1964–with one important exception. Editor Hank Davis has wisely and temptingly kicked off the collection with “Love Song,” the piece that Dickson sold to Harlan Ellison for Last Dangerous Visions, and which has been unseen since. The tale of an archetypical drunken bard, a seeker of love and beauty who can slip up and down the timestream, this story represents the mature writer and exudes a kind of wounded melancholy and a vision of both the powers and limits of artistry that the younger Dickson could not quite yet encompass.

We follow with the amusing albeit slight “Miss Prinks,” rather in the Unknown magazine mode of humorous fantasy. An old maid receives the powers of Superman, more or less, but discovers that her gentility does not consort well with such abilities. “Our First Death” is an alternately tender and brutal examination of the consequences of being an offworld colonist that fall upon a sensitive young girl. Although we never see her first hand–she’s dead at story’s opening–her nature emerges through the fraught interplay among the other colonists. A deliberate, I think, echo of The Diary of Anne Frank (a book much in the news during this era) lingers here.

“St. Dragon and the George” was the seminal outing for characters whom Dickson would further explore in several novels. The screwball tale of a man sent psychically back in time to inhabit a dragon’s body, along with his physically displaced girlfriend, again reveals Dickson’s familiarity with, and fondness for, the kind of de Camp & Pratt humor of an earlier period. Dickson can be seen as a bridge between the Golden Age stories of this sort and the urban fantasy of our contemporary century.

In “Friend for Life,” an ultra-civilized citizen of the galactic milieu tracks down an old friend on a barbaric world. Finding the man murdered, he seeks justice–but then is forced to realize that justice is an elusive quality, and that his own motives are selfish and ill-conceived. Moving to John Campbell’s Astounding with “Danger–Human,” Dickson delivers a taut exemplary story that dramatizes Campbell’s thesis about the savage, unpredictable superiority of homo sapiens. A few items later, “The Question” performs the same function. Except that this time, a Samuel Fuller-style war story is the vehicle. But in between this allied pair comes “Fleegl of Fleegl” which starts out as a wacky alien invasion scenario before detouring into PKD territory (think Eye in the Sky).

Like Dickson’s “The Girl Who Played Wolf,” Poul Anderson’s Operation Chaos series, debuting around this same time, featured amiable warlocks and werewolves in modern settings. Both were probably derivative of Jack Williamson’s famous Darker Than You Think, and both do a good job in the proto-urban-fantasy sub-genre. A psi story, “The Dreamsman” also has some Kornbluth mordancy as it shows humanity stymied in its evolutionary path by one selfish individual. Short and punchy, “One on Trial” details the punishment of a certain rogue warrior, which he then inverts for his own purposes. A forerunner of post-scarcity stories, and almost Zelaznyesque in its depiction of wastrel quasi-immortals, “An Honorable Death” at the same time also addresses human-alien interactions and the wrong assumptions that detour them.

Readers of The Martian will find a worthy predecessor in “Whatever Gods There Be,” wherein a team of astronauts on the Red Planet must reason their way out of a jam. Echoes of “The Cold Equations” are present as well. One of Dickson’s most famous pieces, “Idiot Solvant” riffs on the trope of unleashing inherent intelligence. Dickson was ahead of this time in placing so much weight on the subconscious, which modern neuroscience also credits immensely. As in a couple of other tales here, whiffs of a Sturgeonesque approach to characterization are apparent. And finally, “Dolphin’s Way” might be regarded as Childhood’s End for ocean mammals.

Alternating between tragic and comedic, these sharp, succinct stories show Dickson already possessed of massive narrative chops and plenty of good ideas, even if they were sometimes beholden to past SF novums. Utterly readable after some six decades, every story here shows a total professional at work. The variety of magazine markets, each satisfied on its own terms, is further testament to his publishing awareness. Dedicated not only to his own artistic development, but also to readerly pleasures and editorial needs, Dickson stood out even at the start of his long and majestic career. 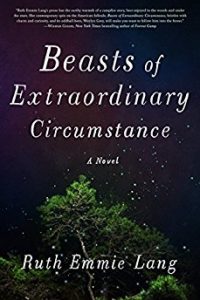 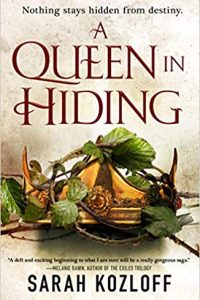