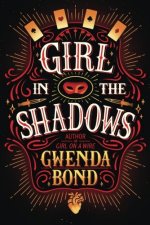 In the second volume in the Cirque American series, after Girl on a Wire, aspiring magician Moira Mitchell defies her father, a stage illusionist who disapproves of her career dreams, by using a purloined invitation to trick her way into joining the Cirque American. Ten­sions rise as her skills are tested, and Moira discovers there may be more to her own magic than mere trickery.

This sequel to The Incrementalists contin­ues the tale of a secret society of 200 people who share their lives and memories as they serially reincarnate, with one of the oldest members shot dead, and the others investigating the murder and delving into dark historical territory in Arizona and beyond. 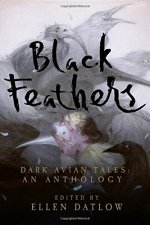 One of our most celebrated anthologists gathers 16 ‘‘Dark Avian Tales’’ (most original), with stories of winged horror by Jeffrey Ford, M. John Harrison, Stephen Graham Jones, Usman T. Malik, Seanan McGuire, Joyce Carol Oates, Priya Sharma, and more, plus an in­troduction by the editor on the symbolic power of birds.

The SFWA Grandmaster has lived a famously rich and storied life, and now we have access to his first-person musings on that life as it happened. This first volume includes his thoughts on writing the stories that made him famous, his early years mar­ried to poet Marilyn Hacker, his time as a performer during the folk music revival, travels to Europe, and interactions with a host of famous artists, from poets Robert Frost and W.H. Auden to SF writers Arthur C. Clarke and Joanna Russ. Scholar Kenneth R. James intersperses story outlines, poetry, and fragments from Delany’s unpublished works, plus biographical synopses and endnotes.

This Australian writer has won Ditmar and Aurealis awards for her short fiction, and she proves equally adept at novel length with this debut – first in the Titan’s For­est trilogy – set in a group of kingdoms perched in the highest branches of a vast forest. Unar, a young woman from a life of poverty, is chosen to serve in the Garden of a goddess, and then to descend to the Understorey in search of a newborn god.

The new­est volume in the ‘‘Outspoken Authors’’ series gathers three stories by one of our most innovative and accom­plished short fiction writers – ‘‘The Saffron Gatherers’’, ‘‘Kronia’’, and original ‘‘Fire’’ – plus articles on James Tiptree, Jr. and Thomas Disch, essay ‘‘Beyond Belief: On Becoming a Writer’’, and a wide-ranging interview conducted by Terry Bisson. 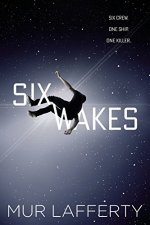 Long, danger­ous space journeys are much easier when the crew can just transfer their memories into cloned bodies when they die… but what happens when all six members of the crew wake up in fresh bodies, without their recent memories, surrounded by corpses and signs of horrible violence? One of them is a murderer… but the killer might not even be aware of their own guilt. Lafferty made her name with humorous urban fantasy, and it’s nice to see how great her range has become: this is one part space opera, one part metaphysical thriller, and one part locked-room (ship?) murder mystery.

The second omnibus (after Fleet Inquisitor) of the Under Jurisdiction series brings books four, five, and six together: Hour of Judgment (1999), The Devil and Deep Space (2002), and Warring States (2006). Andrej wanted to be a doctor, but instead is a reluctant Inquisitor for the galactic empire known as the Jurisdiction, trying to reconcile his own ideals with the demands of his job… and to change the system from the inside. This sets the stage for the new volume in the series, Blood Enemies, which is forthcoming.

In this latest novella from an author who excels at the form, a young woman named Jenna dies before her time, and so remains among the living, trying to regain the years she lost, and working to help the living… until a force appears to threaten her and the other ghosts. ‘‘Sure to still be on my list of the best for 2017 at the end of the year. McGuire’s very original take on ghosts (and witchcraft, for that matter) produces a moving tale.’’ [Paula Guran]

This sequel to last year’s Hugo Award-winning novella Binti is set a year later, with the title character departing the alien strangeness of Oomza University to return home to Earth for a ritual pilgrimage. Her people are wary of her, though, and suspicious of the alien friend she brings along – and things become more intense when she uncovers secrets of the Desert People who live nearby. This ‘‘may seem familiar to readers of Okorafor’s earlier tales of self-discovery and empow­erment, but… moves Binti’s story far beyond the more conventional space adventure with which it began.’’ [Gary K. Wolfe]

Stross returns to the world of his Merchant Princes series, where the world-walkers of the Clan use their inherited gift to travel between parallel realities to manipulate politics and enrich themselves. In the year 2020, on an Earth dominated by the French Empire, Miriam Burge­son runs a paratime espionage agency for the North American Commonwealth and tries to modernize her new homeworld… but the American military from another timeline has recruited her estranged daughter to spy on her and pave the way for invasion. ‘‘The series has shifted its center of gravity from alternate history and political economy to matters at once more contemporary-specific and more cosmic. It has been a long, strange ride, and it promises to get stranger.’’ [Russell Letson] 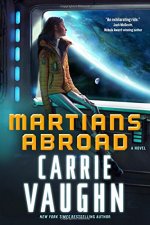 The author best known for her Kitty Norville urban fan­tasies proves just as adept at science fiction in this modern twist on/homage to Heinlein’s Podkayne of Mars: Polly Martin wants to be a starship pilot, but her mother ruins her plans by sending her away from Mars to attend school on Earth… where she discovers a dangerous mystery. ‘‘Polly and crew have adventures, learn things, and grow… the whole story is great fun. Your Heinlein itch will be scratched in a 21st-century way, if you let it.’’ [Adrienne Martini]

From the March 2017 issue of Locus Magazine