In its first month of publication, Babylon’s Ashes (book six in The Ex­panse series) by James S.A. Corey took the top spot on the hardcover list, followed by Brandon Sanderson’s collection Arcanum Unbounded. The new runner-up was The Lay of Aotrou and Itroun by J.R.R. Tolk­ien (HarperCollins UK). There were 57 nominated titles, up from 56 last month.

Patrick Rothfuss’s The Name of the Wind recaptured the top spot on the paperback list, with the sequel, The Wise Man’s Fear, in second place. The new runner-up was 1635: A Parcel of Rogues by Eric Flint & Andrew Dennis (Baen), book 20 in the long-running Ring of Fire series. There were 59 nominated titles, down from 63 last month.

For the second month in a row, Stories of Your Life and Others by Ted Chiang was number one on the trade paperback list; N.K. Jemisin’s The Fifth Season (book one in the Broken Earth series) came in second. The new runner-up was Just One Damned Thing After Another, by Jodi Taylor (Night Shade), the first book in The Chronicles of St. Mary’s series. There were 59 nominated titles, down from 76 last month.

Star Wars: Catalyst by James Luceno, a prequel to movie Star Wars: Rogue One, captured the top of the media-related and gaming-related list with E.K. Johnston’s Star Wars: Ahsoka in second. The new runner-up was movie tie-in Star Wars: Rogue One by Alexander Freed (Del Rey). 25 titles were nominated, down from 30 last month.

From the March 2017 issue of Locus Magazine 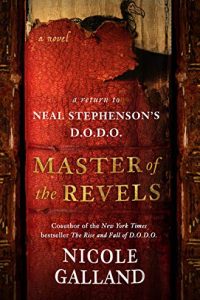 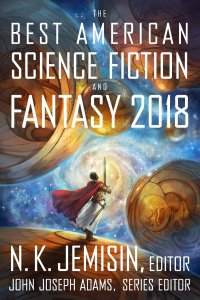 Bastard Legion, a band formed in honor of Gavin Smith’s series of the same name, recorded a song inspired by the novels, “The Hangman’s Daughter”, with a video here: <www.gavingsmith.com/the-bastard-legion>. This and more like it in the April 2019 issue of Locus. While you are here, please take a moment to support Locus with a one-time or recurring donation. We rely on reader donations to keep the magazine and site