The family at the heart of They Say a Girl Died Here Once, Sarah Pinborough’s excellent new novel, is in retreat. Three years prior to the book’s opening, Anna, its teenaged protagonist, was slipped a date-rape drug at a party. Her ensuing assault by a number of boys was filmed and posted to the Internet. The video was eventually taken down, and Anna and her mother decided to drop the charges against her attackers in hopes that they could put her trauma behind them. But they could not, and they chose to leave the unnamed city in which they were living in favor of the farming town from which Anna’s family came. Their move was made possible by Anna’s grandmother, Evelyn, who lives with Anna, her mother, and Anna’s younger sister, Caroline. It is Evelyn whose money has purchased the large, slightly run-down house into which the family are settling as the novel begins. Religious, and self-righteous, Evelyn has judged her granddaughter harshly for what was done to her, viewing it as the inevitable end-result of Anna’s previous rebelliousness. Making matters worse, Evelyn is suffering the early stages of dementia. Occasionally, she forgets what year she is living in. With increasing regularity, she wanders the house at night, greeting whoever encounters her (typically, Anna) with a series of semi-cryptic statements insisting that something isn’t right and she shouldn’t be here. What seem at first to be the by-products of Evelyn’s deteriorating mind accrue significance as the novel progresses. Anna makes the acquaintance of a local girl, Melissa, who tells her that two young women from the town have been murdered, one in each of the last two years. No culprit has been identified, let alone apprehended. As Evelyn in her fugue state complains of voices telling her things, Anna begins to wonder if something about her grandmother’s condition, the gaps in her regular mental processes, might make her receptive to other, more exotic stimuli, specifically, the voices of the dead. Evelyn’s nocturnal wanderings appear focused on the door to the house’s basement. Might this be the location, Anna asks herself, where the girls were murdered?

It’s easy to imagine Pinborough taking such a set up in one of two directions. She might have written a by-the-numbers thriller, in which traumatized teen and struggling senior citizen must join forces to prevent another murder from happening, in the process solving the previous murders and repairing their own relationship. Alternately, Pinborough might have constructed a story of a victimized girl who invents a supernatural aspect to her grandmother’s dementia as part of the process of coming to terms with the violence done to her. Instead, she positions her narrative between these poles. A good deal of the novel concerns Anna’s ongoing efforts to reckon with her assault. The process is made more difficult by the fact that she cannot remember what happened to her, a side-effect of the drug that facilitated the attack on her. Although she has watched the video of the crime, the space the actual event should occupy in her memory is a blank. Her life has thus been and continues to be shaped by an absence at its center. In this regard, Anna’s situation is consonant with that of Evelyn, who is daily affected by moments she cannot remember. Both granddaughter and grandmother’s psyches are to some extent symbolized by the house into which they have moved, with its locked basement, which, when Anna finally ventures down into it, turns out to be empty. As the narrative unfolds, Anna and Evelyn begin to build a new relationship with each other, one based in their mutual amnesias. Pinborough deftly portrays their attempts at communication, shot through with anxiety and resentment over their current conditions and past injuries to one another. She shows the same skill in her representation of Anna’s daily life, her interactions with her mother and younger sister, her job waiting tables at the local diner, and her developing friendship with Melissa.

At the same time, there does appear to be something genuinely strange about Evelyn’s late night wanderings through the house. She herself differentiates them from her typical dementia episodes: rather than confused, she says, these leave her feeling empty. Anna’s sense that her grandmother’s fugue-litany, her fixation on the basement, connects to the local murders seems more plausible once she investigates the basement a second time and discovers what looks very much like dried blood. Anna’s suspicions center on Tobias, the handyman her mother has employed to renovate the house, and with whom her mother subsequently starts a relationship, but there are sufficient alternative choices for the (possible) murderer’s identity to remain uncertain.

The novel’s climax surprises in a number of ways, casting everything that has come before in a new light, and causing the narrative to expand in unanticipated ways. It’s a fine conclusion to this fine narrative, one whose blend of the familial and the strange recalls the best work of Graham Joyce. The accomplishment here, however, is all Sarah Pinborough’s. 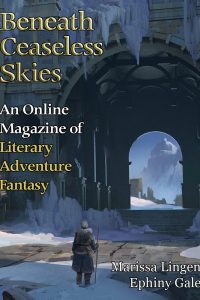 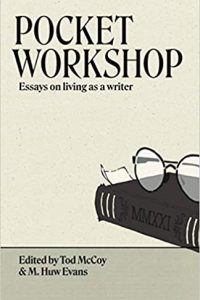