Collection of 12 short novels and stories, the seventh in NESFA’s ongoing series to gather the best short works of Anderson.
• Contents include the title story, originally a two-part magazine serial later published as an Ace Double titled Planet of No Return (1956), and “To Outlive Eternity”, originally a two-part magaziner serial in 1967.
• NESFA Press’ site has this description and order page.
• Paul Di Filippo will review the book for Locus Online in April. 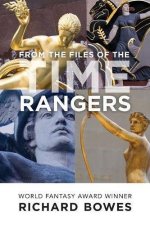 Time-travel fantasy novel, composed of 9 previously published stories, about Greek gods who recruit humans to be ‘time rangers’ with the ability to change history.
• This edition has a new introduction by Jeffrey Ford.
• Lethe’s site has this description.
• The book was a finalist for the Nebula Award in 2007.

50th anniversary edition about a Manhattan couple who move into a building of eccentrics, whose behavior turns sinister as Rosemary becomes pregnant.
• This edition has an introduction by David Morrell.
• Pegasus’ site has this description.
• Amazon’s “Look Inside” function provides previews.

2021 saw my reading fall off a steep cliff. To be fair, it never really recovered from last year’s lockdowns. Even as Melbourne (my city) returned to a resemblance of normality late in 2020, I felt little urge to read, feelings only exacerbated when we entered our fifth and sixth lockdown (thank you, Delta) in 2021. (Fun fact: Melbourne broke the record, held by Buenos Aires, as the city that