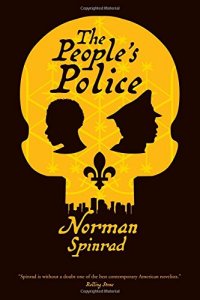 Closing in fast and vigorously on his fifty-fifth year of fiction writing (that anniversary will occur in 2018, dating from his first sale in 1963), Norman Spinrad remains an irreplaceable voice in the SF field. Critic, provocateur, daring dreamer, he deserves a prominence even higher than what the field has already accorded him. Visitors to this very venue will have seen me recommending him as the next SFWA Grand Master, so I think there will be no surprise when I report that I was very excited at the arrival of his new novel. Let’s have a look at it!

The book is set in the city of New Orleans in the very near future, and while the technological surround is more or less unchanged, the sociopolitical environment is rapidly mutating, giving Spinrad a chance to do what he likes to do best, as seen in his classic Bug Jack Barron: mess around satirically with all the hot-button topics of the moment.

We open with a chapter narrated in the first-person by one Jean-Baptiste Lafitte, local saloonkeeper, whorehouse owner, and all-around anything-for-a-buck businessman. (Lafitte’s intimate presence and point-of-view will recur at intervals throughout the novel, usually in separate chapters, but sometimes in the middle of other sections.) But despite his venality, he owes an underlying sense of civic loyalty and virtue to his unique hometown and its downtrodden masses, and he knows its history and probable future inside out—knowledge he shares with the readers in some discursive backstory.

This narrative tactic, it should be noted at the outset, reflects Spinrad’s approach for the majority of the novel. The story is not dramatized so much as it is recounted, in a quasi-historical or almost journalistic or tall-tale-spinning fashion. We do get some good you-are-there dramatic set-pieces, but for the most part we are listening either to Lafitte’s voice or that of an omniscient raconteur. Now, this mode violates the current preference for “show not tell” that most SF and most naturalistic fiction follows. But it hews to an older kind of pre-modern story-telling that remains perfectly enjoyable. And given the need to chart socioeconomic and cultural forces not apprehensible by the average person in the midst of living this tale, I think Spinrad made the right choice.

In any case, we next learn the life history of one Luke Martin, a low-level cop, not particularly ethical or smart, but possessing a certain hard-earned street wisdom. After making his rep by riding herd, somewhat illegally, on the thugs and gangbangers of the Alligator Swamp portion of the city, Luke has married well and gotten some more genteel duties, such as serving eviction notices. Then comes the moment, almost Phildickian, when he is accidentally (?) handed the paperwork to kick himself and his family out of his own domicile!

This is the triggering event that will lead to the formation of the “People’s Police.” Egged on by Lafitte and various other players, the city cops rebel en masse, with Luke becoming the front man for the cause of economic justice. Soon the demands and disruptions of the cops will extend far beyond mere matters of eviction.

Highly relevant to this crusade is one Mama Legba, the city’s prime public proponent of the Voodoo religion—despite being a white girl with shallow roots. Mama Legba’s power stems from her genuine abilities to host the supernatural loa entities, whose antics have even garnered her own TV show. With Legba throwing in with the renegade cops, a powerful hurricane of insurrection is born. And with the Louisiana governor’s election right around the corner, who knows how far this storm could travel?

Spinrad revels in the juicy, sleazy, all-too-human Machiavellian machinations of all the parties, the rebels and the establishment alike. His ability to chart thrust and counter-thrust is akin to that of some television political strategist following the twists and turns of national affairs. Certainly he echoes the savvy work of one of his great Sixties peers, John Brunner, in this regard. And, like Brunner, he never forgets the microcosmic side of affairs, giving all his characters moments of emotional and intellectual vividness and depth.

The notion of a roots rebellion creating a “temporary autonomous zone” (Peter Lamborn Wilson’s term) is hardly a new one in SF, going back at least as far as Heinlein’s The Moon Is a Harsh Mistress. But Spinrad proves that he is not stuck in some Sixties counterculture mindset, as he adds up-to-the-minute aspects of media coverage, organizational innovations, etc., to his rebellion. Yet at the same time the tale has an eternal aspect—especially in its quasi-tragic ending—that harks back to every failed utopia from Classical times onward.

Spinrad barrels though his fable with a caustic, cynical-yet-hopeful, wise-ass mouth and mentality. Yet the tale is never didactic or righteously self-congratulatory toward any side. Spinrad is too cognizant of the failed, fallen state of the human animal to expect or demand holiness from any individual, even when that individual is ostensibly doing “good.”

This book shares its heart and soul with two great films on similar themes: A Face in the Crowd and The Great McGinty. Spinrad is more like wildman Preston Sturges, director of the latter film, than like Frank Capra, whose sincerity sometimes devolved into cornball simplicities. With a sympathetic eye for all human foibles and aspirations, Spinrad, employing the same sharp satiric scalpel used by Tom Wolfe at his best, delivers parables and parodies of our uncivil civic sphere. 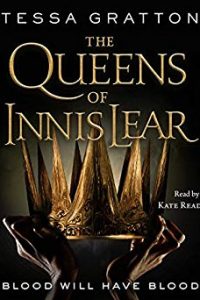