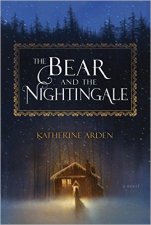 This thoroughly enchanting debut fantasy draws on Russian folklore and history. Vasilia lives with her father in the Russian wilder­ness, but when her new stepmother forbids the family to honor household spirits, things begin to go disastrously wrong, and it’s up to Vasilia to save the family using gifts long kept secret. ‘‘A particularly enchanting version of an old tale, with a bit of a nice twist in the end.’’ [Carolyn Cushman] 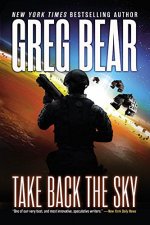 This winds up the War Dogs trilogy, interstellar military SF by one of our most celebrated writers, with the anticipated bang, as the long conflict between the alien Antagonists and our military forces reaches a conclusion. ‘‘The whole trio of books is a series of riddles, puzzles, and mysteries… while the foreground might be grunts-in-space, the universe around and behind them is beyond vast and stranger than strange.’’ [Russell Letson] 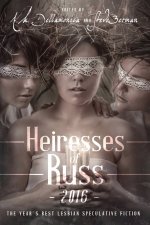 The sixth volume of the Year’s Best Lesbian Speculative Fiction includes 17 stories from 2015, with work by Rose Lemberg, Benjanun Sriduangkaew, and Sonya Taaffe, among others, and an introduction by Dellamonica.

There’s even more swashbuckling action in this third volume of the fantasy adventure Stormwrack series that began with Child of a Hidden Sea. Videographer and biologist Sophie, native to the San Francisco of our world, remains stuck in the ocean realm of Stormwrack, where she investigates especially thorny crimes: this time it’s the case of a magical saboteur using forbidden spells to sink ships.

The second volume in the promising Witchlands YA fantasy after Truthwitch delivers even more political intrigue, compelling characters, lush worldbuilding, hot romance, and strange magic in a memorable and inventive secondary world.

In this fantasy novel, sequel to The City, the hated emperor is dead, and his main rival has ascended to the throne. It should be a time to celebrate freedom and rebuild stability – but an army has risen in the north, with the singular goal of laying waste to the City and all its inhabitants. This gritty, dark epic fantasy is full of memorable characters – not least of them the City itself.

This follow-up to Silver on the Road continues the Devil’s West series about Isobel, the ‘‘left hand’’ of the Devil who rules the Territories west of the Mississippi, and her mentor Gabriel. While representing the Devil’s power and upholding his bargains, she investigates magical cataclysms including earthquakes and sickness, and confronts a power far greater than her own. ‘‘Intriguingly dif­ferent… compelling reading.’’ [Carolyn Cushman] 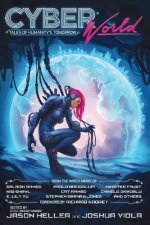 In this Gothic Victorian mystery novel, Albie Miralls travels from London to the Yorkshire countryside to investigate the death of his cousin at the hands of her husband – who claimed his wife was actually a changeling. ‘‘Modern’’ (circa 1860s) rationality clashes with ancient superstition in a haunting and captivating tale of tragedy.

Lord gathers 11 original ‘‘Speculative Tales from the Caribbean’’ with stunning work, mostly by new authors from Barbados, Trinidad & Tobago, and Bermuda. Lord’s foreword discusses the unique viewpoint of SF from the islands, and the long tradition of such writing from that region, while noting that ‘‘this anthology also speaks to the fragility of home, something that is not always understood by those who inhabit countries with more resources and choices.’’

This is the second book in a trilogy about 20th-century criminals ‘‘resurrected’’ a thousand years in the future by technology and sent to crush a rebellion of sentient robots on a potential colony world 24 light-years from Earth. This twisty series is complex both philosophically and plot-wise, and ‘‘delivers the kind of smart, funny, ingenious, brain-teasing pleasure that one expects from Ken MacLeod.’’ [Russell Letson]

One of the best writers of dark fiction working today delivers a slow burn of a ghost story/psychological horror novel about a teenage girl who comes to believe the dead are speaking through her grandmother, who has Al­zheimer’s… leading her to discover terrible secrets about her hometown.

From the February 2017 issue of Locus Magazine 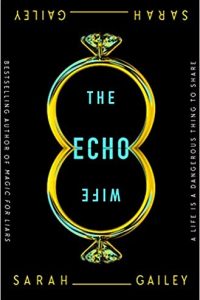 In this episode of the Locus Roundtable podcast, we feature two of the editorial staff of Shimmer magazine. Two of the stories that are mentioned in the podcast are in the current Issue #13, and “The Squid Story,” or “Four Household Tales,” is available to read in full online. Besides Shimmer specifically, we also talk about what goes into publishing magazines, how to promote at conventions, reading the slush pile,