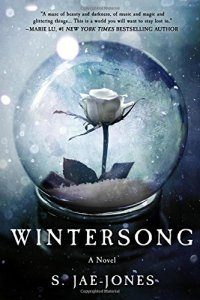 Back in December, I took an advance look at Thoraiya Dyer’s first novel Crossroads of Canopy. It turns out to be just part of a remarkable display of new talent in early 2017. Wintersong and The Bear and the Nightingale take inspiration from folktales, while Time’s Oldest Daughter reworks Miltonic myth, but they all explore the junctions between our lives and the cosmos of birth, death, and time – leaving room for the grotesque and the absurd.

The ‘‘Overture’’ to S. Jae-Jones’s Wintersong is a kind of fairy tale with hints of poetry and song: ‘‘Once there was a little girl who played her music, for a little boy in the wood. She was small and dark, he was tall and fair, and the two of them made a fancy pair as they danced together … to the music the little girl heard in her head.’’ Things seem to change only for her, since he’s the Goblin King. She grows up working at the family inn, and finally stops going into the woods to play. When his last plea of Will you marry me? gets no reply, the silence feels like winter and this boy – Lord of Misrule and Winter King as he may be – intensely feels the cold.

Almost age 19 as Part One begins, Liesl (now the first-person narrator) thinks of goblins much as her grandmother does. When an errand takes her, and slightly younger sister Käthe, to a town square that turns into a Goblin Market, she sees the darkness beneath its glamour. Though such Markets are heralded in the first of many lead quotes from poems by Christina Rossetti, they don’t give the book a Pre-Raphaelite air. Unlike her famous brother Dante Gabriel (artist and advocate of the medievalesque), Christina mixes weirdness and passion in a way much closer to this book’s complex essence.

After the Goblin Market, tropes from folklore seize both sisters: Käthe becomes a new bride for the Goblin King, and Liesl seeks entry into his Underground realm in hope of reclaiming her. For that to happen, Liesl must regain memories (dreams?) in a place where time and identity are fluid, and tropes may change without warning. When the childhood friend she now perceives as ‘‘the tall, elegant stranger’’ invokes a shared past and asks her to resume their ‘‘game,’’ she recalls players of another kind: goblins who performed ‘‘the music I heard in my head’’ for the pair to dance to, ‘‘when I first began to compose.’’

What does the unearthly monarch have to do with the boy she once thought she knew? What does he really want? As Goblin King, Der Erlkönig, and Death (who would reduce the world to endless Winter without a long succession of human brides), he should be satisfied with either sister. As a young lady devoted to family (though brat enough to mention Käthe’s flaws openly), Liesl can’t imagine what special charm she might hold for him. Yet by now, both players have enough guises to change the nature of the game.

When the ‘‘boy’’ asked her to marry him, he didn’t call her Liesl, preferring the more formal version Elisabeth. Over the course of Wintersong we learn (as she does) how little what the king desires resembles the young woman who calls herself Elisabeth in the world outside his realm. He wants all of her: physical, mental, emotional, unique. This breaks down the barri­ers between romance and epic fantasy, creation myth and mystery – the changing faces in official portraits of the king.

Another key element is music, and one com­poser helped shape the book. Historically, ‘‘The Earl-King’’ (Der Erlkönig), ‘‘Unfinished Sym­phony’’, the title piece, and more are works by Franz Schubert. Jae-Jones plays her own games by reimagining and recasting him as the heroine’s young violin-virtuoso brother (not a composer in his own right), while still invoking the full pas­sion of the time when Baroque gave way to early Romantic – and the world changed. 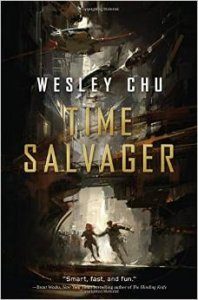 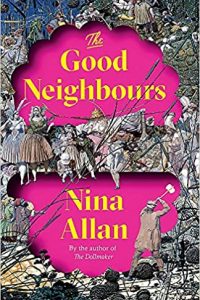