John Joseph Adams & Douglas Cohen, eds., What the #@&% Is That?: The Saga Anthology of the Monstrous and the Macabre
(Simon & Schuster/Saga Press Nov 2016)

This ‘‘anthology of the monstrous and the macabre’’ inspired by a funny meme – see Cohen’s introduction for the origin story – celebrates fear of the unknown in various forms (sometimes, but not exclusively, Lovecraftian), with 20 original stories by authors including Laird Barron, Amanda Downum, Gemma Files, Maria Dahvana Headley, John Langan, An Omowoyela & Rachel Swirsky, Tim Pratt, and more.

This sequel to YA fantasy adventure Six of Crows, set in the author’s popular Grisha world, follows master criminal Kaz Brekker’s ragtag crew of outcasts and malcontents as they return to the bustling capital city Ketterdam and fight for survival in the wake of the heist they pulled off in the prior volume.

The famous-artist-turned-accomplished-author gives us his twist on the underworld in his latest novel, as recently released convict Chet is forced to go on a quest in the underworld to save the souls of his wife and their unborn child. This includes eight pages of lavish and chilling illustrations by the author.

The reigning master of the macabre judged a horror story competition as part of the promotion for his collection The Bazaar of Bad Dreams, and was so pleased by the quality of the six finalists that he shepherded them into print here, led off by the winner, ‘‘Wild Swimming’’ by Elodie Harper. King provides introductions for each story, and the authors each pen a few words on what King and his work means to them.

In this historical YA horror novel set in Victo­rian London, a young woman disfigured by her work in a matchstick factory is hired as a maid for Joseph Merrick, the ‘‘Elephant Man,’’ in London Hospital. She finds an unlikely friend in Merrick… but faces unexpected challenges in the form of hauntings by the ghosts of Jack the Ripper’s victims.

This collection gathers 13 novellas by the SF Grandmaster from the ’70s, ’80s, ’90s, and 2000s, including Hugo and World Fantasy Award Winner ‘‘Buffalo Gals, Won’t You Come Out Tonight?’’, Tiptree Award winner ‘‘The Matter of Seggri’’, and Sturgeon Memorial Award winner ‘‘Forgive­ness Day’’. ‘‘For those impatient for the Library of America to get around to recognizing Le Guin’s most famous worlds… The Found and the Lost will be something of a treasure.’’ [Gary K. Wolfe]

In this grim and gritty postapocalyptic Western thriller, a peaceful man turns to violence after slavers kill his wife and abduct his daughter. After nearly dying in the desert, he teams up with a mysterious gunslinger, and to­gether the two lay waste to all who stand in their way.

The mod­ern master of comics published his first novel, Voice of the Fire, 20 years ago, but his long-awaited follow-up was more than worth the wait. This massive work (over 600,000 words long) is a complex, textured, and astonishingly ambitious magical history of Moore’s home city of Northampton England, particularly the poverty-stricken section called The Boroughs. Using a dizzying array of stylistic and structural approaches, he conjures a vivid world full of prostitutes, demons, angels, historical figures, ghosts, and vagrants. The re­sult is an immersive and dizzying reading experience.

In this arresting fantasy novel, the prin­cess Oressa must go to extreme lengths to save the kingdom of Carastind, even though it means embark­ing on a journey to the enigmatic mountain fastness of the Kieba. The reclusive inhabitants of that realm hold the secrets of an ancient technological magic that could change the world – or destroy it.

This debut collection by the one of our most original and dazzling new talents, author of Tiptree Award winner Ancient, Ancient, gathers six unforgettable stories of dystopian prisons, volcano women, wars between gods, and desolate contem­porary landscapes.

This literary heavyweight has done impressive work with genre materials before, notably in zombie novel Zone One, but this alternate history (which just won a National Book Award) may be his most striking yet. The metaphorical ‘‘underground railroad’’ that helped slaves escape captivity in the American South is made literal here, with a secret series of tunnels, tracks, and trains operated by abo­litionist engineers.

Williams returns to the Praxis universe, first ex­plored in his space opera series Dread Empire’s Fall, after ten years away. Terran naval officer Caroline Sula has been stationed on the career-killing backwater of Earth, but she decides to treat it like a long vacation – until an old acquaintance visits, and mysterious forces conspire to frame her for a crime… or kill her first. 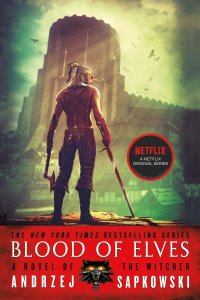 From the October 2014 issue of Locus Magazine I often find myself getting asked tricky questions from new writers, but the trickiest of all is this: they want to know how I’ve managed to have a career while speaking so publicly about my beliefs and values online. I’ve been writing on the internet since 2004, and publishing in more traditional venues since 1996. And I have a distinct set of