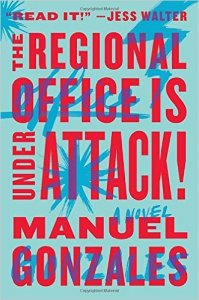 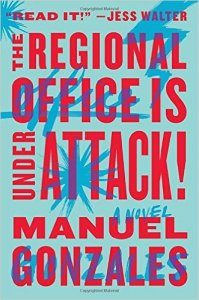 Wrapping your metaphoric arms around Manuel Gonzales’s The Regional Office Is Under Attack! is nearly impossible – but it is delicious to try.

The best comparison might be Buffy the Vampire Slayer, if only because the story is about a coterie of girls who are trained to kick some otherworldly ass. There’s also a Die Hard-y element to it – one of the characters makes reference to doing something ‘‘John McClane-style’’ – where an office tower is under attack and only one entity has the tools needed to save those trapped inside. Moments also have a high-toned literary feel, like George Saunders, say, or, even, a less vocabulary-intense David Foster Wallace. Above all else, Gonzales’s work is 100 percent itself, even as it references other pop culture moments.

Regional Office opens in the Morrison World Travel Concern’s New York City office. It is, in fact, under attack, not because it books exotic trips for the rich and famous but because a shadowy organization is in its basement. Said shadowy org was the brainchild of a Mr. Niles and his crush Oyemi, who was given something approaching a superpower during a visit to IKEA. Their job is to find and train young women to save the world. Or, really, worlds, since there are hints about dimensions other than the one we agree on.

While the story itself is fun, what makes it incredibly, vibrantly fun is Gonzales’ approach to story-telling. He shifts between two viewpoint characters, except when he shifts into secondperson during a section that is simultaneously amusing and harrowing. There is a pseudoacademic history of the Regional Office that offers a frame and some backstory. Gonzales hints at other stories and feints at alternate endings, while sticking the landing of the book he was actually writing. And if that doesn’t make sense, it will once you read this, which you should. 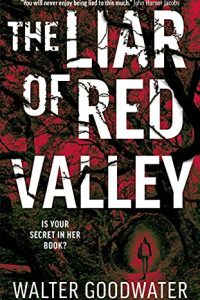 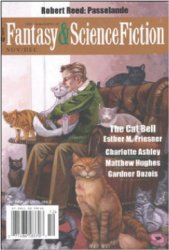