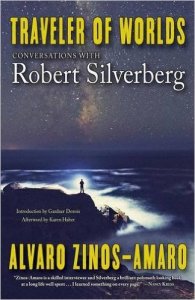 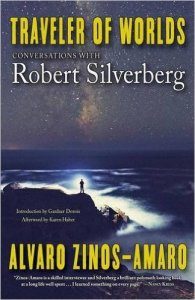 Robert Silverberg’s career has spanned more than half the history of modern American science fiction: he began reading SF magazines in 1948, during the ‘‘Golden Age,’’ and by 1954 was writing for the pulps, producing the first entries in a bibliography that now runs to 600-plus items of fiction and booklength nonfiction alone. Between receiving a Hugo Award for ‘‘Most Promising New Author’’ in 1956 and attaining SFWA Grand Master status in 2004, Silverberg has been in a position to meet nearly everyone of consequence in the SF field, sell to nearly every editor (and do plenty of editing himself), and explore nearly every market niche, while also (for a while) carrying out parallel careers turning out carefully-researched nonfiction and pseudonymous, non-SF yard-goods.

It’s a professional life well worth documenting, and although in the past Silverberg has offered his reasons for not writing a conventional ‘‘formal autobiography,’’ he has nevertheless produced the components of what he once called a ‘‘collective serial autobiography.’’ This began as far back as 1975 in ‘‘Sounding Brass, Tinkling Cymbal’’ (for Hell’s Cartographers, ed. Brian Aldiss & Harry Harrison) and continued over the decades in the form of introductions, afterwords, headnotes, and commentaries in anthologies and collections (notably Robert Silverberg’s Worlds of Wonder, 1987) and in regular magazine columns (in Galileo, Amazing, and Asimov’s) which would be periodically gathered into retrospective collections (Reflections and Refractions: Thoughts on Science- Fiction, Science, and Other Matters,1997; Other Spaces, Other Times: A Life Spent in the Future, 2009).

Now, in Traveler of Worlds, we have the latest and most substantial entry in this serial autobiography: a kind of interactive memoir built, as the subtitle signals, on a series of extended conversations between Silverberg and Alvaro Zinos-Amaro. Zinos-Amaro – himself cosmopolitan, cultured, attentive, articulate, and interactive – is well-suited to the task of unpacking the worlds of this sophisticated, widely-traveled and -read, ferociously intelligent man. There is a relaxed give-and-take between interviewer and respondent, as Zinos-Amaro explores not only the professional past but the travels, opinions, and personal tastes and feelings of his subject. And while there is considerable attention given to the past, the book is not merely memoirishly retrospective. There is a strong sense of the present environment: the talks were conducted in Silverberg’s living room and are filled with references to his office (and its clutter), his garden, his books and art-objects and tchotchkes, the household cat – things that characterize Silverberg as surely as anything he has written.

The book’s organization is not chronological but associational, and the chapter titles signal the large topic areas: ‘‘The Vividness of Landscape’’ (travel, mostly), ‘‘Aesthetics,’’ ‘‘Enwonderment’’ (the heart of SF), ‘‘Libraries,’’ and so on. Anyone who has followed previous segments of Silverberg’s serial autobiography will be familiar with much that is covered here: the very early entry into the writing life, the globe-trotting, the wide range of intellectual interests and curiosities, the sharply analytical and precisely-articulated observations and opinions – the sense of a deeply cultured, thoroughly professional, artistically and intellectually ambitious wordsmith. Zinos-Almaro encourages his subject to expand on the connections among and between travel, research, food, and collecting (art objects, books); to reflect on favorite books, writers, and artists both in and outside of SF; and to explore specifics of the Silverbergian aesthetic and work ethic.

The ‘‘Aesthetics’’ chapter is particularly interesting from a literary-critical point of view: it begins with some considerations of the writer’s craft and then moves on to an extensive ramble through Silverberg’s tastes and preferences in literature, music (including a consideration of how it showed up in his work), painting, film, drama, and gardens, eventually circling back to his interest in Jules Verne. The ‘‘Enwonderment’’ chapter expands on the term Silverberg coined to ‘‘explain what science fiction is supposed to do’’ – but is also connected to his love of archaeology and history, of gardening, of cats. One topic leads to another, and the conversation turns to a consideration of existentialism, to the stories from what one might characterize as Silverberg’s intensely literary-modernist period (‘‘Trips’’, ‘‘Breckenridge and the Continuum’’, ‘‘In Entropy’s Jaws’’), and eventually to the premature, temporary retirement of the mid-1970s.

What is new (though not, on reflection, surprising) to me is the sense of valediction that recurs throughout. Silverberg is just past 80, and he is keenly aware of what aging means, of the limitations within which he now operates, of the choices that are being forced on or denied him – of, say, books he will never get around to reading or re-reading. (‘‘Do I have time to read Gibbon again? And if I do, what am I passing up?’’) There is also a sense of being out of touch with the times, a Yeatsian no-country-for-oldmen feeling to many of his comments.

When I said… that I’m not on Facebook, I’m not really a part of it – any of it. I live on as an observer, a stranger in a strange land. I’ve just come down from Mars. ‘‘Oh, look what they’re doing now.’’ I can’t be part of it. I’m not out there in the social world.

He repeatedly insists that he is not an active but ‘‘a former writer’’ (‘‘I could push myself through and write a novel right now. But why?’’), that much of his current work amounts to organizing his office and riding herd on paperwork. This disengagement is more than just a matter of getting off the publication treadmill. At one point he says, ‘‘I barely speak the language any more,’’ and at another, ‘‘If I were writing now I’d have difficulty writing in 21st-century English.’’ But then, Silverberg has retreated or retired before, and I have long sensed in his personality (despite his prowess as a toastmaster, convention panelist, and conversationalist) a certain self-contained, arm’s-length reserve.

That is not to say that he has become utterly indifferent to the world, as is clear from his comments on political matters and the state of the planet, and his apparently still-unquenched thirst for travel – even after an ‘‘unpleasant time abroad,’’ he says, ‘‘Hardly am I home – in fact, while I was on the plane heading home – I’m already thinking about the next trip.’’ Silverberg may be cultivating his garden (literally), but he hasn’t become a hermit. And as long as he is willing to keep writing magazine columns and taking on editorial projects (for example, the forthcoming anthology This Way to the End Times), there will be pages to add to the serial autobiography. (Though one hopes for whole chapters.)