Guy Gavriel Kay’s new book Children of Earth and Sky van­quished all challengers to claim the top spot on our hardcover list. The Fireman by Joe Hill came in a distant second. The new runner-up was Neil Gaiman’s new nonfiction essay collection, The View from the Cheap Seats (Morrow). There were 56 nominated titles, up from 54 last month.

On the paperback list, Aurora by Kim Stanley Robinson come in first place with a respectable lead over last month’s first place finisher Patrick Rothfuss’s The Name of the Wind (DAW). Undercity by Catherine Asaro (Baen), the first book in a new series set in her Skolian Empire, was the new runner-up. There were 59 nominated titles, down from 73 last month.

The trade paperback version of Neal Stephenson’s Seveneves de­buted in first place, while Uprooted by Naomi Novik held onto second. The new runner-up is the international trade edition of The Fireman by Joe Hill (Morrow). There were 53 nominated titles, down from 66 last month.

In media-related and gaming-related books, Star Wars: Aftermath by Chuck Wendig regained the top spot with almost twice as many votes as second place finisher, Star Trek: Elusive Salvation by Dayton Ward. There were no new runners-up. 20 titles were nominated, down from last month’s 27. 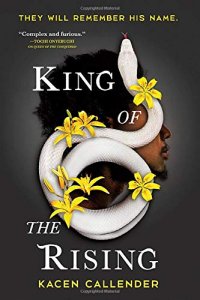 The eighth Hexagon Retreat was held in April 2018 in Crozet VA. This photo story and more like it in the July 2018 issue of Locus. While you are here, please take a moment to support Locus with a one-time or recurring donation. We rely on reader donations to keep the magazine and site going, and would like to keep the site paywall free, but WE NEED YOUR FINANCIAL SUPPORT