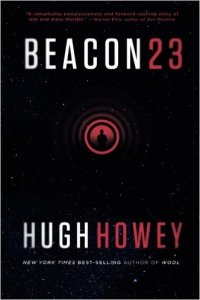 Hugh Howey’s Beacon 23 started as a novel-in-installments, with each of the mostly freestanding parts released individually. Only after you’d completed the set could you see the full story of a space-age lighthouse keeper who came back from the interstellar war deeply damaged. Now those parts have been collected between two covers. The novel-in-parts DNA is evident, given that each section works all of the backstory into the first dozen paragraphs, but it feels like one rich, intercon­nected unit by the last page.

It’s quite a story, although it’s hard to say if it is the story itself that makes Beacon 23 so compelling. Our narrator, whose name only gets revealed three-quarters of the way through, is a beacon keeper in the middle of an asteroid field. His beacon lets ship captains wink through this chunk of the galaxy without harm. While much of the work is automated, a single human is still a required redundancy. Hence our hero, who calls himself, ‘‘the meaty center of this rusted metal popsicle out here on the edge of space.’’

We see Howey’s created world through the meaty center’s sardonic eyes right when things in the beacon start to go horribly wrong. It’s his voice that sucks you in as he grapples with pirates, bounty hunters, survivor’s guilt, and PTSD. What could be a preachy anti-war story turns into a raw exploration of what it means to really be a human and why that matters.

All of that heady touchy-feely stuff aside, the narrator’s voice is what would happen if The Martian’s Mark Watney retained his black humor and mad science skills but also had something resembling a backstory that kept re-emerging at the least convenient time. Rather than Mars trying to kill our solo hero in Beacon 23, it’s the inside of his own head, during those long bouts of time when there is no immediate crisis, that keeps trying to do him in. 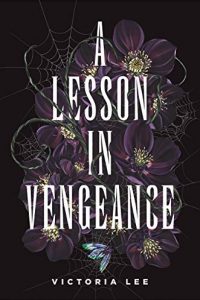 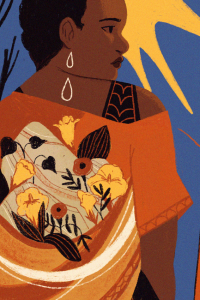