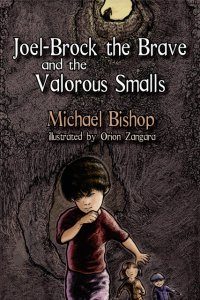 I have been friends with Michael Bishop since we shared the pages of several fanzines some forty years ago. We have collaborated on stories and two novels. He has broken bread at my domicile, and vice versa. So I cannot pretend to be an utterly disinterested party in the appearance of his first solo novel in some twenty years (and in a very good year for this writer, during which he was just nominated for a Nebula Award as well). But what I can do is to reaffirm that my critical acumen is unblunted by my association with Mister Bishop, and that my historical track record of reviewing many, many books by my other peers, dozens of whom I know quite well, should prove that I do not dispense egoboo or accolades where they are not objectively deserved.

We have to face the fact that the field of fantastika is incestuous, and always has been. (But is it any more so than contemporary mainstream literature, where Bennington Graduate X lauds Bennington Graduate Y?) Not to review the work of friends is impossible, if you review professionally. We would have been deprived of Damon Knight’s observations about Isaac Asimov’s fiction and Judith Merril’s thoughts on J. G. Ballard if we held to such an over-stringent standard. Instead, we have to observe what John Clute calls “excessive candour” in all such situations.

Oh, hey, now that that’s settled, can I also mention that I am pals with artist Orion Zangara, who delightfully and brilliantly festooned this book with spectacular full-page drawings and seductive spot-illos? No fooling. Crikey! The only way I could be more prejudiced is if I were bosom buddies with publisher Patrick Swenson, whom, I can report, I have only ever exchanged about two words with!

On to the novel!

The indicia page of Joel-Brock the Brave and the Valorous Smalls declaims: “A Novel for Young People, Whatever Their Age,” and so we know immediately that we are technically in Young Adult territory here. But it is the same territory staked out by Lewis Carroll and L. Frank Baum, among others classic authors, which is to say, a rich, deep and sophisticated world not unwelcoming to “mature” readers and full of emotionally resonant symbolism and surrealism as well as surface pleasures. Something for everyone.

Our protagonist is ten-year-old Joel-Brock Lollis, who returns home one seemingly normal day to find his parents and sister abducted. A hasty note warns him to hide inside the house and not to go to the authorities. He toughs it out until the cupboards are bare, then makes his way to the nearest logical refuge, the local Big Box Bonanza store where the kindly Miss Melba adopts him.

After a few days, he develops a friendship with two other employees: the dwarfish house detective Vaughnathan Valona and a shipping clerk named Addi Coe, who appears to be not much older than Joel-Brock. He also learns that his parents have been kidnaped by none other than Pither M. Borsmutch, the mysterious and reclusive tycoon who founded the Big Box Bonanza chain. It turns out the Borsmutch has been staffing his stores with cheap labor—the sporules—from the Sporangium, an underground realm populated with mushroom people and other fungoid creatures of various types. And it is into this forbidding world that Joel-Brock, Addie and Detective Valona must descend, if they are to rescue the Lollis family.

Down into the deepest sub-basements of the BBB the posse now known as the Valorous Smalls go, through a sentient Sphinx-like door, and into the cavernous myco-world, lit by an artificial sun on overhead tracks. A zillion strange obstacles present themselves to be hurdled, but luckily there are helpers as well as antagonists. After much travail—during which Joel-Brock discovers his hidden talents and desires, and Addi learns of her unknown heritage—they arrive at the gigantic fortress of Condor’s Cote. There, the final confrontation with Borsmutch will develop along most unforeseen lines.

I’ll talk about Bishop’s prose stylings first. His “adult” fiction is well known for its sometimes baroque and lapidary constructions. He forsakes the more elaborate rhetoric here, but retains much joyful and clever wordplay that younger readers particularly will relish. At times, I thought to detect some of Rudy Rucker’s stoned, free-associative dialogue.

“Lots of things suggest themselves. After, I started in Shipping, a boy in Health and Beauty—a teenage boy, I thought—may have taken me to the food bazaar. I think he did. I liked him. He was most likely an evolved fungal being, fully vested and always in pink-khaki BBB uniforms.”

“Maybe. Probably. We ate at a Yucatan food booth, fried squid in pita bread. I got sick and fainted. Some of Manny’s buds…carried me into Sporangium to try to treat my food poisoning.”

Readers will have to have a tolerance and affection for lots of this off-kilter, sometimes fey back-and-forth. I myself love such banter when it is well-done, as here.

Bishop’s prodigious powers of invention serve him well here too. There are many angles to the tale, including an ongoing dialogue between Joel-Brock and his future self. The bulk of the book takes place in the Sporangium, and there’s always a new miracle or horror around the bend. While the marvels are unpredictable and chaotic, they also exhibit the consistency and inner logic of the best dream worlds. However, as with all such tales of this type, the constant succession of wonders can become a tad wearing. Once in a while, one longs for a venue to persist long enough for fuller development. But Bishop never really tries the patience or capacities of his readers beyond endurance, and the climax is impactful enough to justify all the prior buildup.

The characterization and emotional resonances of the tale are touching and true to life. Joel-Brock remains a small boy while still exhibiting the Joseph-Campbellian Eternal Hero traits we expect. Addi receives a good fleshing-out. Perhaps Detective Valona, as the only adult among the Smalls, gets less development, being of a somewhat fixed nature, which is still entertaining.

Where the book really shines is its allusiveness to past classics. The initial abduction will immediately summon cousinhood to A Wrinkle in Time. Besides Carroll and Baum, readers might notice flavors from Daniel Pinkwater’s oeuvre and Norton Juster’s The Phantom Tollbooth. Perhaps even Jeff VanderMeer’s Ambergris books with their legions of fungal greycaps played a part in this tale’s composition. Certainly we can hark back to Eleanor Cameron’s Mushroom Planet series. And with the baseball motif—baseball long being an icon for Bishop—readers might recall Michael Chabon’s YA novel Summerland.

This fine, funny, affecting book—which also happens to serve as a satire on the excesses of capitalism—shows us an author still at the top of his game, intent on extending his reach into new realms while reaffirming his core themes and values from a career as extensive as the tendrils of the Sporangium itself. 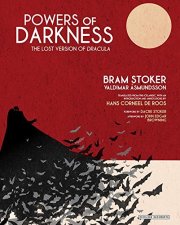