SF novel, a sequel to H.G. Wells’ The Time Machine and written to celebrate that novel’s centennary.
• HarperCollins’ site has this description.
• The book won the John W. Campbell Memorial Award, the Philip K. Dick Award, and the British SF Association Award.

Collection of 13 stories and one script, the first of three simultaneously published volumes that reprint the contents of The Collected Stories of Greg Bear (2002), complete with introductions.
• Stories in this volume include award winners “Blood Music” and “Tangents”. The screenplay, “Genius”, was written for the latter TV series Outer Limits but never produced.
• Open Road’s site has this description. The second and third volumes are Far Thoughts and Pale Gods and Beyond the Farthest Suns.
• The Publishers Weekly review notes about the stories that “all have been recently revised”, and concludes that the stories demonstrate “Bear’s talent for combining human reality with speculative possibility.”

Collection of 8 stories, first published from 1990 to 2002, include awards winners “Tower of Babylon”, “Story of Your Life”, “Seventy-Two Letters”, and “Hell Is the Absence of God”.
• Penguin Random House’s site has this description, which alludes to the forthcoming film version of the title story, recently retitled Arrival and due for release in November.

Omnibus of three SF novels, first published in 1959, 1966, and 1963 respectively, by the renowned UK astronomer.
• Orion’s site has this description.

Contemporary SF novel about a hip 1960s superhero, Jerry Cornelius; final book in a four book sequence following The Final Programme, The Cure for Cancer, and The English Assassin.
• Titan’s site has this order page.

Collection of fantasy and “weird fiction”, third of five volumes publishing stories chronologically, with stories in this volume originally published from 1931 to 1933.
• Night Shade’s site has this description.

SF novel about an alien from a dying civilization who comes to Earth to try to save his species from extinction.
• Orion’s site has this description.
• Wikipedia has this entry about the book.

SF novel set in a post-apocalyptic future about telepathic children in a fundamentalist culture terrified of mutations.
• The novel was first published as Re-Birth in the US; The Chrysalids was the UK title.
• Orion’s site has this description. 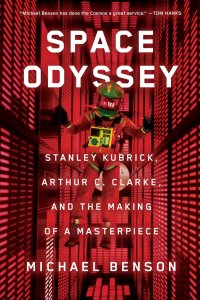 One of the perils of themed conventions, as most conventions in Israel are, is that the program might be one-dimensional. For a convention like ICon, which is aimed at large and diverse audiences, it can be particularly problematic. Avoiding this requires choosing the right theme combined with hard work of the programing team, and the ICon team did a great job this year. The theme, “Love,” meant that the possibilities

Cory Doctorow: Past Performance is Not Indicative of Future Results