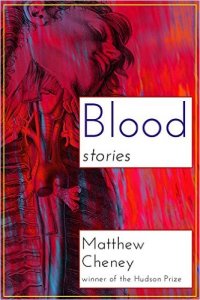 To this observer, standing somewhat outside the subgenre, it seems that Horror and New Weird are experiencing an exciting Renaissance—or maybe an event akin to the Cambrian Explosion, with exotic species and extravagant eco-niches exfoliating in a sudden burst. Many new writers and small presses, re-energized established writers, all in conversation with each other. Fresh styles and themes and reassessments of older material. Exhumations of past masters (I should hasten to say, “not literally,” given the genre). Awards like the Shirley Jackson trophy that recognize the new awesomeness. It’s the kind of happening scene that one day we will look back upon as a unique and legendary period of ferment and accomplishment.

A well-wrought and substantial and invigorating contribution to this Belle Epoque now arrives in the form of Matthew Cheney’s first solo book of fiction, Blood. His name has previously appeared on anthologies as an editor, but all the while, since at least the days of his “Getting a Date for Amelia” (2001), he has been amassing macabre and odd tales in various periodicals, with finally enough, over a score, to fill a volume. (And judging by the copyright information, several previously unpublished stories grace the table of contents, including the one that is my favorite.)

Let’s look at a selection of the twenty-one items.

Leading off with a vignette that is almost a prose poem, “How to Play With Dolls,” Cheney shows a miniaturist’s eye for eccentric behaviors that are like the cryptic ripples atop a body of water indicative of behemoths cruising below the surface. We also get the first hint that families will form an important motif in his work. Also in this mode is “The Voice,” whose first line demonstrates Cheney’s talent for catchy openers: “He used to hear voices at night—not so much multiple voices as one voice, though its inflections and accents varied from time to time, depending on the thickness of the clouds and the brightness of the moon.”

The title story and the next one, “Revelations,” share first-person narration from youngsters embroiled in the savage doings of their elders. The author likes to focus on turbulent milieus, such as war and survivalist nightmares. Cheney’s prose is restrained, almost unnaturally so, given the severity of the events, hinting at the emotional traumas involved, that must be tamped down lest even greater chaos erupt. And while adults are culpable, his children are far from perfect innocents, being already contaminated or complicit in the horrors around them.

“How Far to Englishman’s Bay” is a classic worthy of Robert Aickman, reminiscent of The Wicker Man as well. Bookstore owner Max hears a strange call that causes him to abandon his whole life and motor toward the titular destination, there to find a welcome that is ritualistically tragic and fulfilling at once.

“Thin” is one of the originals here, and reminds me of Kafka’s “The Hunger Artist” in its portrait of self-imposed suffering with basically inexplicable causation. Curiously enough, we later on run across “Mrs. Kafka,” which is the most surreal and authentic depiction of insanity—or higher sanity—that I have recently encountered.

“The Last Elegy” has a kind of Thomas Mann melancholia about it, not so much fantastical as autumnally foredoomed. Its topic of transgenderism will surely resonate more deeply even than when it was published in 2007.

We had all failed by then—failed as husbands, failed as lovers, failed as humanitarians, failed as despots, failed ourselves, failed the people we cared about, failed to remember what we should have remembered, failed to learn what we were expected to learn, failed to be all that we could be, failed to understand—and somehow we met one night, the group of us, a failed congregation, under a bridge on the outskirts of Pittsburgh.

Thus opens “The Art of Comedy” which develops into a mordant, outré version of “Hey, kids, let’s put on a show!” Closing with the line, “My failure was complete,” the story encapsulates Cheney’s preoccupation with the struggling but eternally damned and downtrodden underdog.

“Walk in the Light While There Is Light” chronicles the life of a fellow named, simply, Baskerville, who goes from chthonic monster to object of scientific study and, later, societal abandonment. “He had certainly lost some of his vocabulary during his time in the dark—for instance, he identified an umbrella as a ‘floppy disk’…” That witty sentence is typical of Cheney’s drollery.

I will close my appreciation of this sterling collection by pointing out one of the previously unseen tales, the favorite I alluded to earlier, “Where’s the Rest of Me?”. Simply put, this is a long counterfactual account of the life of Ronald Reagan, pulp writer for Astounding and other zines, and, afterwards, home-spun messiah. With incredible verisimilitude and just the right amount of period details, Cheney delivers a story whose parallels with Reagan’s “real” life are numerous and apt, and whose alternate-reality byways are organic and irreproachable. Nor is this a mere thoughtless and easy satirical slander on the man. Instead, Cheney inhabits Reagan’s psyche with sympathy and charity.

Like Rhys Hughes and Don Webb, Steven Millhauser and Donald Barthelme, Matthew Cheney is a citizen of those strange lands “beyond the fields we know,” who brings back fever-dream reportage wrapped up in packages both bloody and colorful. 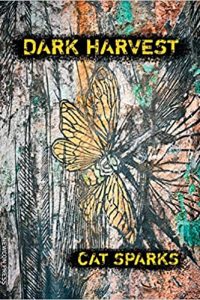 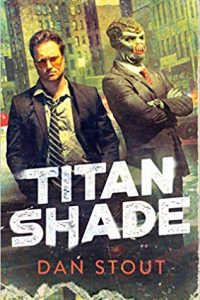