Like most people trying to stay above water in this tricky economy, I’ve been looking into ways to use my time more effectively. I have a bushel of novel and short story deadlines, a busy day job, and I’m feeling increasing pressure to sell more work now while the getting is good.

To get even this far, I’ve given up a lot of things. It’s been my policy to play video games rarely; I use them as a reward for work completed, like my ‘‘30 days of World of Warcraft after I turn in a novel’’ treat. When I watch television, it’s either some junk show I turn on while copyediting or something more substantial I watch at dinner while spending time with my spouse. Saturdays are completely dedi­cated to creating new words. That gives me Sundays off, technically, but I often spend them writing articles like this one or creating digital rewards for my monthly Patreon backers, who pay a per-story fee in exchange for new work from me. I’ve been hustling to find reprint markets for my Patreon work as well, and all that takes… time. To help me retain my sanity, I try to allow myself to just take the holidays off now, as most of the publishing world shuts down from Thanksgiving until New Year’s anyway.

What I’ve found in trying to work this quickly, however, is that I’ve started to recycle a lot of themes and tropes in my fiction. The same thing happened to me when I went to the Clarion West Writer’s Workshop and had to churn out a story a week. When you write that fast, you can’t cover up your trouble spots anymore. You don’t have the time to weave pretty passages that make up for lackluster plots. Your characters can’t hide the fact that they’re all pursuing some object of power in every single story. You lose the ability to convince yourself that a pretty ending sentence necessarily equals a good ending. All your story problems are laid bare.

If I’m not actively engaged in refilling my idea bucket, I start to reuse characters, settings, tropes, and set pieces. I have drowning-in-cistern scenes that play a key role in two stories I’ve written over the last year. I’ve got three more stories written in the same time frame that follow elite teams of people (generally duos) who hunt down rogue sorcerers/mercenaries/war criminals. Once you get used to writing a particular style of story and you’re asked to produce work very quickly, it’s easy to lean back on your most comfortable tropes. I had always wanted to write as fast as Robert E. Howard, and now I understand why phrases like ‘‘his mighty thews’’ got recycled over and over in his work. When you’re writing this fast, you lean hard on what you do best.

In order to go forward, I’ve had to go back. When I started a story for an anthology recently, my first inclination was to write one about two people who are hunting down looters of old-world relics. Once again, it was an elite team hunting somebody down. Sure, I work hard to create new worlds and characters around this tried-and-true plot, but the fact remains that I’ve used this plot so often it’s starting to bore me. The worst thing you can tell a writer is that they’re suf­fering from a failure of imagination, and yet here I am, failing away.

So I stopped writing the story, went through some old story drafts, and pulled out a story I’d started some time back. It’s about a village priestess who captures an enemy combatant and leaves her village with him in order to find a way to exact revenge on his people. Sure, it’s a duo, but they aren’t an elite team, and they’re not seeking a particular object. This was a little more interesting and different than what I’d been doing recently. In order to go forward, I had to go back. I can’t just rifle through trunk stories every time I need to launch my career forward, though, or I’m just going to continue going back and back until I’ve dug myself into a big hole.

This leaves me in the uncomfortable position of having to do what I don’t want to do when I’m on deadline. I have started to do things other than writing.

I’ve started reading more, not just new work that I’ve been asked to blurb, but older work that’s been sitting in a huge pile by my bed for years. Hemingway has a reputation for writing manly men, but I’d argue Hemingway’s work is often a bold critique of masculinity. It’s about men who are cowardly, men who screw up, men who can’t have real relationships. I’ll go from reading Hemingway to reading The Night Circus by Erin Morgenstern, then hop over into reading United States of Japan by Peter Tieryas, and what my brain spits back at me after it shakes all that around for a while is pretty interesting.

I’ve also started working through the backlog of films that I meant to see but that always looked like huge time investments, films like Inception and Ex Machina and Interstellar. I started replaying Bioshock Infinite, because though it is a hot mess in many problematic ways, it does some extraordinary things with worldbuld­ing and narrative that I can get some inspiration from.

It was my spouse who pointed out that I was sitting around worrying about all the writing I wasn’t doing more than I was actually writing. Instead of spending all that time feeling guilty about what I wasn’t doing and scrolling through Twitter, I needed to release myself from the ‘‘I should be writing’’ mentality and let my brain start connect­ing things on its own. I found that the more I actively thought about plot problems, the less my brain wanted to fix them. It kept trying to avoid the problems I’d put to it. For instance, instead of fixing a plot problem on my current book, my brain recently offered up a solution to a subplot problem in the next book I’ll be working on. At some point I have to give in and let my brain make the connections it needs to make, without getting in its way. More and more, I have to let my brain go more than I’m used to, or it just retreads the same old story paths.

I would like to tell you that giving up everything to write is the only way to write. I enjoy spouting that whole ‘‘fall on your sword’’ advice time and time again. Giving up activities that waste your time while you should be writing is beneficial, but I can only burn hard like I have for so long before the flame gutters out. I don’t want to be that writer who just writes the same story over and over again. I want to punch through and level up and keep people guessing. To achieve that requires me to consider whether what I’m writing is actu­ally leveling me up, or whether it’s just me cranking out more of the same for a quick sale. Sales are good, money is good, being prolific is good, but I don’t just want to be good. I want to be great; I want to be the best at what I do, and that takes time, and patience, learning how to cultivate my own inspiration. And that means giving my brain a day off, if only to fool it into coming up with my next great novel. 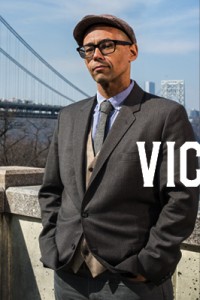