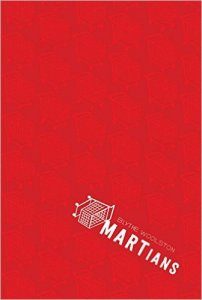 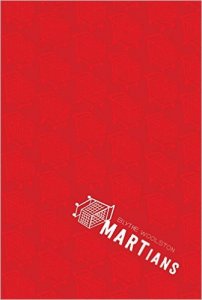 In Blythe Woolston’s MARTians, teenager Zoë lives in the future exurbs of some Southwestern town. She has a year or two to figure out which of the giant retail outlets she wants to join when she graduates: AllMART or Q-Mart. In the meantime, she’ll continue her studies, which include Sexual Responsibility, Communication, Math, Corporate History, and Consumer Citizenship. Her teacher, Mrs. Brody, has a taser just in case the students aren’t willing to listen to the pre-recorded lectures.

Then the Governor announces that, as a cost-cutting measure, they’ll all be graduating early. Then her AnnaMom announces she’ll be taking a road trip to find work and leaving Zoë behind. And, suddenly, stuff just got really real in Woolston’s exquisitely rendered version of an America that has lost most of its humanity.

Like Bradbury, whose work Woolston honors both in the title and as a running theme, this au­thor has a knack for finding just the right details to flesh-out a world without bogging down the action in reams of description. Take, for example, this nugget: ‘‘I won’t have a vote to sell until my eighteenth birthday, and that’s 619 days away.’’ Not only do you learn Zoë’s age but you also learn reams about the world that surrounds her. MARTians is a marvel of linguistic economy.

In addition to Bradbury, Woolston’s work also feels like an homage to Libba Bray’s brand of manic black humor that shot through her titles Going Bovine and Beauty Queens. Like those imagined worlds, Zoë’s setting feels equally true and sur­real and sad and funny. Despite the liveliness of Woolston’s words and the unsinkableness of Zoë’s character, MARTians captures what loneliness feels like in a remarkable way that, as its target audience might say, brings all the feels. 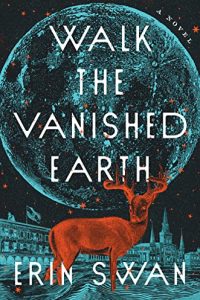