January 2016—
Issue 329, Vol. 28 No. 5, 32pp
• This special “Revolutions and Rebellions” issue features an essay by Brian Stableford about fantasy and the French Revolution, and an essay by Sandra Lindow about Nnedi Okorafor’s The Book of Phoenix.
• Reviews are Gwyneth Jones on Johanna Sinisalo, Michael Andre-Driussi on a translated Taiwanese novel by Wu Ming-Yi, and Peter Rawlik on Darrell Schweitzer.
• Essays include Michael Bishop on Dale Bailey, Richard A. Lupoff on Frank Robinson, Dave Drake on his novel Redliners, Mike Barrett on Mrs. J.H. Riddell, and Matthew D. Connolly on Samuel R. Delany and the film 12 Years a Slave.
• There’s also an editorial by Kevin J. Maroney on the death of David G. Hartwell and other calamities in the past month. The next issue of NYRSF will be a tribute issue to David G. Hartwell.

February 2016—
• Stories posted so far in February are Conjure Man by Stefon Mears, The Opening of the Bayou Saint John by Shawn Scarber, and Into the Wreck by June Oldfather.
• Columns and articles include John Clute’s Scores column, on books by Dexter Palmer and Christopher Fowler; KH van Berkum on Hans Christian Andersen; Eleanor Arnason on recent SF; and Kari Sperring on Elizabeth Goudge.
• There’s also a podcast of the month’s poetry by Kavitha Rath, KH van Berkum, D. Eric Parkison, and Carlene Kucharczyk. 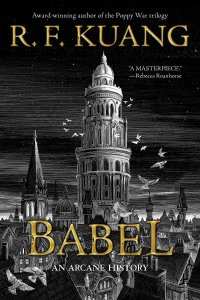 What is more important in historical fiction: factual accuracy or dramatic effectiveness? As with almost all questions pertaining to the art and business of publishing, the most truthful answer is “it depends.” For starters, the expectation of factual accuracy is often higher for “serious” literary historical fiction than it is for its speculative cousins, alternative (or “alt”) history and “secret” history. For those who aren’t familiar with those two subgenres,