Anthology of stories and novel excerpts from winners and nominees of the Nebula Awards given in 2014 for works published in 2013.
• Authors include winners Ann Leckie, Vylar Kaftan, Aliette de Bodard, and Rachel Swirsky, and Andre Norton winner Nalo Hopkinson.
• Pyr’s site has this description.
• The Publishers Weekly review notes other works by Matthew Kressel, Sylvia Spruck, and Samuel R. Delany.
• Gary K. Wolfe reviews it in the December issue of Locus Magazine: “A couple of factors make Bear’s 2015 volume more interesting than most, however. For one thing, Bear clearly wants to emphasize the fiction with a dozen stories, including all the short story and novelette nominees, plus the winning novella…”

Collection of 17 stories first published in recent years.
• Wildside’s site has this description.
• The Publishers Weekly review concludes, “This entertaining and thought-provoking collection exhibits colorful linguistic style and often touching emotions, and it will appeal to a broad cross section of readers.”

Fantasy thriller about a young woman who survives a death prognosis in order, she is told, so that she can save an unknown person named Ashley Bell.
• Penguin Random House’s site has this description.
• The Kirkus review concludes, “Albeit slightly drawn out as it rolls to its conclusion, Koontz’s novel cuts between the fantastical and the believable to dissect evil, explore the power of imagination, and probe the parameters of consciousness.”

Omnibus volume of fiction by the Finnish author whose Tainaron: Mail from Another City was a finalist for the World Fantasy and International Horror Guild awards.
• The publisher’s site has this description.
• Kirkus gives it a starred review: “Krohn’s work has been likened to Ursula LeGuin’s, though often it is more reminiscent of Calvino, Borges, and Lem, layered in with foreboding bits of Lovecraft. Not exactly science fiction, not exactly fantasy, but some hybrid of those genres blended with literary fiction, Krohn’s tales often involve the exploration of consciousness both human and animal—and, at times, that of machines—against myth-tinged backgrounds…”

Collection of stories, including the title novella (also published in the November/December F&SF), with an interview, in PM Press’ Outspoken Authors series edited by Terry Bisson.
• The publisher’s site has this description.
• SF Site has this interview with Scholz, discussing the title story. 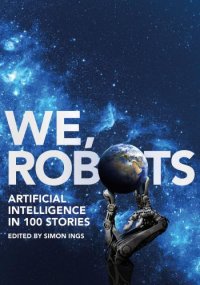 This post continues on from the previous Intersectionality discussion. As always, this discussion is broken up into multiple pages for ease of reading. If you’d like to read it all on a single page, select ‘View All’ from the drop down menu above. If you don’t see the drop down menu, please click here. Karen Joy Fowler When I think about identity with respect to myself I get some slippage   Some