This strange and compelling YA fantasy takes place in the aftermath of a war against a dark god, with sisters Hallie and Marthe trying to keep their farm alive following the devasta­tion. When they hire a veteran to help work the land, he brings with him the ghosts of the past conflict… and the revelation of family secrets better left hidden.

Christopher has great fun mingling retro SF, pulp, and noir sensibilities in this first volume of his Ray Electromatic trilogy, described as ‘‘Part Chandler, part Asimov, and part Philip K. Dick.’’ In the summer of 1965, Ray is the last robot in the world, trying to make a living as a detective on the mean streets of LA.

The bestselling author begins a new epic fantasy series, Seraphim, set around six floating islands above the Endless Ocean, where the last survi­vors of humanity conduct aerial combat in the service of a brutal civil war.

This volumes collects two orig­inal novellas, ‘‘The King’s Justice’’ and ‘‘The Augur’s Gambit’’, by one of the most influential and groundbreaking figures in modern fantasy, marking his return to the genre following the long-awaited conclusion of his Chronicles of Thomas Covenant saga two years ago.

One of our most accomplished novelists gives us a fresh take on time travel, with modern woman Ann Decker hired by a mysterious company and sent back in time to make small changes that, she’s told, will lead to a better future… but she soon suspects her employers have a secret agenda. ‘‘A genuinely moving quest for identity and empowerment.’’ [Gary K. Wolfe]

There’s finally a dedicated SF/F volume in the century-old acclaimed an­nual series of Best American anthologies. Series editor John Joseph Adams selected 40 SF and 40 fantasy stories from 2014, and Hill narrowed those to 20 selections for this inaugural volume. The resulting stories by T.C. Boyle, Theodora Goss, Sofia Samatar, Neil Gaiman, Kelly Link, Jo Walton, and more demonstrate the breadth and richness of the field as it stands today. In­cludes a foreword by Adams and an introduction by Hill. ‘‘A delight to read.’’ [Gary K. Wolfe]

This volume by the acclaimed novelist, story writer, and puppeteer collects 19 stories from the past decade, including Hugo Award winners ‘‘For Want of a Nail’’ and ‘‘The Lady Astronaut of Mars’’. Also includes an introduc­tion by Patrick Rothfuss.

This retrospective collection gathers the best work from one of the most celebrated voices in SF, with 21 stories drawn from 30 years of her career (including a Hugo Award winner and three Nebula Award win­ners), plus an introduction and story notes by the author. A ‘‘candidate for the title of best collection of the year, in a year that’s turning out to be a very strong one for short-story col­lections.’’ [Gardner Dozois]

The author best known for his subversive novels set in the world of L. Frank Baum’s Oz books sets his sights on another children’s classic, Lewis Carroll’s Alice’s Adventures in Wonderland (published 150 years ago this year). Young Ada goes looking for her missing friend Alice, tumbling down the rabbit hole into Wonderland herself. ‘‘Maguire mingles fact with fancy, centered on Lewis Carroll’s Alice and the time and place where the man behind the pseudonym dreamed up her adventures.’’ [Faren Miller]

The final volume in the Iskryne trilogy, set in a world where humans bond with wolves, sees young Alfgyfa leave her family’s wolfe-heall to become an apprentice to a svartalfar (elves skilled in metal-work and magic), in the hopes that she’ll become a bridge between their cultures. ‘‘Brings the trilogy to an ultimately satisfying conclusion.’’ [Faren Miller]

This novella demonstrates why Okorafor is one of the most exciting voices to emerge in the genre in the past decade, following the title math prodigy’s journey from a future Nimibia to university and then into space, where she’s forced to fight for survival as she tries to understand the strange alien race known as the Meduse. ‘‘Issues of cultural identity give way to a survival tale with an ingenious solution.’’ [Gary K. Wolfe]

In this novella of war, honor, and impossible odds, veteran soldier Cete is persuaded by the talents of a blind weaver-woman to fight a war that seems unwinnable. ‘‘It bears comparison, in a way, with the work of K.J. Parker… but with none of the cynicism. The pleasures are real.’’ [Rich Horton]

This anthology of 19 original stories (two reprints) envisions a future of space exploration ‘‘with NASA no longer dominant,’’ showcasing visions of private enterprise and other governments setting out to conquer the stars. Includes stories by Ben Bova, Brenda Cooper, Sarah A. Hoyt, David D. Levine, Mike Resnick, Robert Silverberg, Jack Skillingstead, and many more. ‘‘Quite successful, with a set of consistently entertaining stories.’’ [Rich Horton]

The latest installment in the Outspoken Authors series features the original title novella (‘‘His first major work since his 2002 nuclear thriller Radiance’’), reprints ‘‘The Nine Billion Names of God’’ and ‘‘Bad Pennies’’, and essay ‘‘The United States of Impunity’’, plus an interview with Scholz conducted by Terry Bisson, and a bibliography.

Kai Ashante Wilson, The Sorcerer of the Wildeeps
(Tor.com Sep 2015)

This sword-and-sorcery novella from an exciting new voice in the genre sees the sorcerer Demane and his fellow descendant-of-gods the captain travel the deadly route between the northern oasis and the southern kingdom, trying to keep their caravan-mates alive in the face of necromantic horrors. 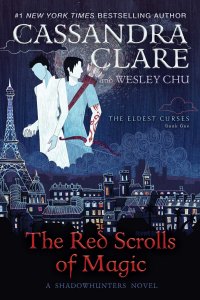 Paul Claiborne Park was born October 1, 1954 in North Adams MA. He attended Hampshire College in Amherst and worked in New York at various jobs – aide to city council members, construction worker, doorman, manager of a health club, and at an ad agency – while he worked on writing fiction. He then spent two years traveling, mostly in India, Indonesia, and the South Seas, finishing first novel Soldiers