Terry Pratchett’s last Discworld book The Shepherd’s Crown dominated the hardcover list with almost twice as many votes as our second place finisher, The Desert and the Blade by S.M. Stirling. Library of Souls by Ransom Riggs (Quirk), the third novel in the Miss Peregrine’s Peculiar Chil­dren series, was the new runner-up. There were 48 titles nominated, up from last month’s 38.

Following the success of the movie, The Martian by Andy Weir claimed the top spot on our paperback list with Seanan McGuire’s A Red-Rose Chain in second. The new runner-up was SF comedy Windswept by Adam Rakunas (Angry Robot). We had 60 nominated titles, up from 56 last month.

Maintaining its lock on the trade paperback list, The Martian by Andy Weir again took top honors, followed in a distant second by Ann Leckie’s Ancillary Justice. There were no new runners-up, with 30 nominated titles, down from last month’s 32.

In media-related books, the anticipation for the new Star Wars movie has begun with Chuck Wendig’s Star Wars: Aftermath claiming a decisive vic­tory over second place finisher Star Trek: The Autobiography of James T. Kirk by David A. Goodman. There were no new runners-up. There were 30 nominated titles, significantly up from 19 last month.

We had a close race in gaming-related books, with R.A. Salvatore’s new book Forgotten Realms: The Legend of Drizzt: Homecoming: Archmage, barely beating Salvatore’s Forgotten Realms: Companions Codex III: Vengeance of the Iron Dwarf for first place. There were no new runners-up. We had 13 nominated titles, up from last month’s 11. 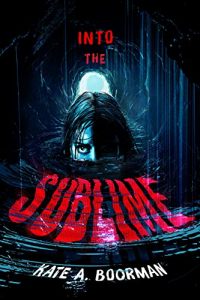