November 2015—
Vol. 135 No. 11, $4.99, 112pp, cover art by Tomislav Tikulin
• This issue has the conclusion of a serial by Stanley Schmidt, a novelette by Frank Wu, short stories by Timons Esaias, Lettie Prell, Shane Halbach, Ken Brady, and Adam-Troy Castro, and a poem by Joe Haldeman.
• The science fact article, by Richard A. Lovett, is about mind-reading technologies.
• Departments include part two of a guest editorial by Nick Kanas, a guest “Alternate View” column by Amy Sterling Casil, and “The Reference Library” book reviews by Don Sakers.

September 2015—
Issue 181-182, cover art by Tyler Edlin
• Issue 182, posted September 17, has stories by Margaret Ronald and Jack Nicholls, plus a podcast by Suzanne Palmer and an archive story by Wendy N. Wagner.
• Issue 181, posted September 3rd, has stories by Fran Wilde and Suzanne Palmer, an interview with Fran Wilde, an audio podcast of her story, and an archive story by Ferrett Steinmetz.

August 2015—
Issue 324, Vol. 27 No. 12, 32pp
• This special “Invention of Genres” issue features an essay by Ritch Calvin on the “Postpunk SF” manifesto and movement, and an essay by Brian Stableford on “The Origins of Epic Fantasy.”
• Others essays are by Dan’l Danehy-Oakes on the Edge novels of Melinda Snodgrass, and Mike Barrett on Eleanor Scott.
• Reviews include Gwyneth Jones on the VanderMeer’s Sisters of the Revolution, Christopher Brown on Cixin Liu, Callista McRae and Sandra Lindow both on Nalo Hopkinson, and Christopher S. Kovacs on a collection of medical SF stories.

September 2015—
• Fiction posted in the past month includes Ovando by Jamaica Kincaid, Glaciers Made You by Gabby Reed, The World In Evening by Jei D. Marcade, and Bodies Are the Strongest Conductors by James Robert Herndon.
• Columns and articles include Dragon Age and the Shape of Desire by Andrea Phillips, an interview with artist Maggie Ivy, and an interview with Chelsea Quinn Yarbro.

September 2015—
• Original stories posted this past month are The Dogs of Athens by Kendare Blake, Please Undo This Hurt by Seth Dickinson, and Kingmaker by Lindsay Smith. A story by Michael Swanwick is scheduled for September 30th.
• Excerpts include works by Brandon Sanderson, Gene Wolfe, Kameron Hurley, Zen Cho, and others.

January 18, 2014 admin Comments Off on Electronic and Print Periodicals, mid-January 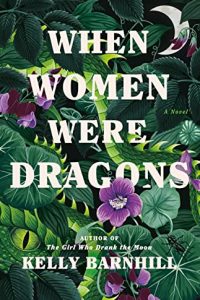 Around 11 a.m. on December 23, 2020, James Edwin Gunn died. He’s survived by his son, Kevin, and his cat, Annie—and by the many for whom he was ‘‘Science Fiction’s Dad.’’ Deepest condolences to all who cared about Jim, whose lives he touched and careers he influenced. This amounts to almost everyone in our field today, whether or not they’re aware of his intellectual parentage. Career highlights: In 2007, SFWA