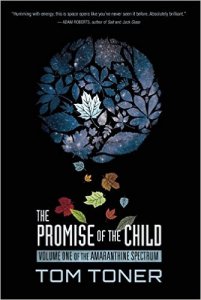 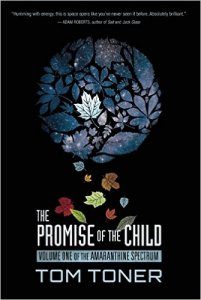 Most readers of this column will hardly need an introduction to the term “space opera” or a list of its major instances. Arguably dating back at least as far as Robert W. Cole’s The Struggle for Empire (1900), the format was crystallized in the consciousness of readers by Wilson Tucker’s 1941 mocking formulation of the label (which, like Fred Hoyle’s dismissive coinage of “Big Bang,” eventually flipped around, ironically enough, to positive connotations). Although, of course, our understanding of the parameters of the mode has been refined and transmogrified over the intervening decades since Wilson. Still, anyone seeking clarification of the subgenre, as well as lots of splendid entertainment, is advised to dig up anthologies by Brian Aldiss (Galactic Empires 1 & 2), Gardner Dozois (The New Space Opera 1 and 2) and David Hartwell (The Space Opera Renaissance).

Today, of course, the largest multimedia SF franchise in existence, Star Wars, is pure old-school space opera, testifying to the enduring popularity and appeal and mythic potency of this kind of retro interstellar adventure. Right behind Lucasworld comes Star Trek, naturally, and then a burgeoning property like James S. A. Corey’s Expanse series.

But as I said in my opening sentence, that particular pulp style, its tropes and trappings, were superseded before too long—or, at least, amended and extended and enhanced—by stranger, more exotic and more metaphysical exfoliations, of which the Instrumentality stories of Smith were a standard-setting forerunner.

Certainly by the time of Delany’s Nova (1968), the mode could no longer be delimited merely by what Doc Smith or Asimov had laid down. Space opera had by then demonstrated that it was amenable to literary stylings, and grand ethical and metaphysical and existential riffs. Aside from Smith and Delany, the roll call of those who have elevated space opera to new heights includes Roger Zelazny (primarily in This Immortal), M. John Harrison, David Zindell, Paul Park, John Wright, Linda Nagata, Scott Westerfeld and Ann Leckie. (I am omitting powerful names like Alastair Reynolds and Peter Hamilton as being perfecters of the old school variants rather than experimenters.)

Now, I think, you can safely add the name Tom Toner to that list of space opera revolutionaries. With The Promise of the Child, subtitled “Volume One of the Amaranthine Spectrum,” this debut author has gifted us with a space opera of surpassing gracefulness, depth, complexity and, well, all-round weirdness. I am reminded of no other debut so much as that of A. A. Attanasio, whose Radix offered similar baroque recomplications on the space opera scaffolding (though set mainly on Earth). And while Toner is not quite the masterful word-mage that Attanasio is, he still delivers rapturous, taut, ambitious, lyrical prose that is well above the median for this kind of tale.

Conceptually speaking, Toner has no mercy on the reader, plunging him or her straight into the bizarre environment of the year 14,647 without much narrative hand-holding. Naturally, all is odd and rococo at first, but attention-grabbing, with a complex backstory that emerges only in bits and pieces.

Humankind has changed, fractured, Prismed into a dozen breeds of fairy-tale grotesques, the chaos of expansion, war and ruin flinging humanity like bouncing sparks around the blankness of space. Man has been resculpted in a hundred different places…

We also learn that no other life forms have been found in “the 1300-light-year volume of the Firmament,” ruled over by His Most Venerable Self, the Amaranthine and Firmamental Emperor, thus allowing the various subspecies of humanity to fill all available niches.

This multiplicity of human-derived clades—Pifoon, Wulm, Lacaille, Melius, Vulgar, Zelioceti—give the book some of the exotic, overstuffed flavor of Silverberg’s Majipoor series, as well as some Vancian texture.

Toner offers us a tripartite plot in alternating segments, to further intensify the head-spinning immersion. (Occasional chapters deviate usefully from the POV of these three protagonists, mainly to track the plans of the chief villain of the saga.)

On Earth we follow the pastoral doings of one Lycaste, the “Beautiful Idiot,” a dilettante-like innocent whose naïve exploits eventually end up getting him exiled from his estate. Lycaste’s privileged, sheltered, esthetic perceptions will serve as counterpoint to the many brutalities to be found on the Old World. His hegira across a bizarre Earth reminds me a bit of Severian’s journey in Gene Wolfe’s epic.

Among the elite immortals elsewhere in the galaxy, we track the doings of Sotiris, whose complicated power plays and period of mourning for his dead sister Iro are influenced by the machinations of Aaron the Longlife, a fellow nearly as old as civilization itself, who has managed actually to infiltrate Sotiris’s dreams, and whose goal is the usurpation of the Firmamental throne.

Sotiris and Lycaste meet halfway through the book, at Iro’s wake, with extensive complications for both.

Finally, we witness the chaotic exploits of one Corphuso, a lowly inventor whose new war device, the Soul Engine or Shell, threatens to upend all the existing political and military dynamics. As the coveted prize in the galactic struggles, Corphuso and his invention are passed dangerously and dramatically from one army to another, until finally ending up under Aaron’s control, with startling results that leave us in full cliffhanger mode for the subsequent volume.

Toner is a fecund master of plot and incident. He creates a wealth of events that all conduce toward a lived-in sensation for his future. Meals and sleep, weary foot-travel and elaborate conversations—he evokes the same thickness of inhabitation and quotidian life that Delany and MJ Harrison do so well. Nor are broader events such as war scanted.

The range of somatypes and personalities also contributes to the naturalistic verisimilitude of this future. From the age-weariness of the Amaranthines, a dying sect, to the youthful rawness and vitality of the Prism races, Toner insures that a delightful heterogeneity imbues his world with surprises and conflicts. Lycaste emerges as the most-well-rounded figure, with Sotiris in second place, but even the smallest walk-on character is neatly distinguished and memorable.

As for the density of concepts that one expects from the best SF, space opera included, Toner does not disappoint. Take the matter of money on Earth for example. “Silk, the Old World’s most precious currency, remained so due to the mystery of its manufacture. The Melius naturally had no appreciation of the extinct moths from which it came, or the berry trees necessary in their cultivation.” That’s a brilliant riff. Then we have the way in which the immortal Amaranthines gain their powers: “The hemispheres of the thinking organs, apparently, are not naturally precocious at magical things, but become talented if left to stew for thousands upon thousands of years. It was something they only discovered when they started getting old enough. Teleportation, telekinesis, pyrokinesis, all that sort of thing.”

The rhythms and syntax of that last quote should convey in smallest measure what is perhaps the greatest joy of this book, and that’s the language. As I said, Toner belongs to the Attanasio school of perfectly machined, ingenious, surprising sentences. There is not a slack lazy passage in this book, and Toner’s background in fine art endows him with a painterly eye.

Tau Ceti, known as the last harbour, had once been the Twenty-Fourth Solar Satrapy and the border of the Firmament. It was a huge system of fourteen planets: four of them hard little globes of stone pocked with mine shafts; three completely liquid water-worlds like suspended rain drops; and a collection of sixty-nine moons shared between seven vast , multiply ringed and splendidly coloured gas giants toward the system’s edges.

It had been lost, spectacularly, by the Amaranthine during the Age of Decadence, the Prism flooding in when they and their sympathizers had departed. It was now colonized by a handful of secretive hominid races known to be particularly unwelcoming to visitors.

If that is not the essence of glorious space opera, representative of so much more to be found in Toner’s marvelous book, then I am a Pifoon’s uncle!