September 2015—
Vol. 135 No. 9, $4.99, 112pp, cover art by Gary Freeman
• This issue has part two of a serial by Stanley Schmidt, a novelette by Martin L. Shoemaker, and short stories by Maggie Clark, Norman Spinrad, and Alvaro Zinos-Amaro. There’s also a poem by Ken Poyner.
• The science fact article, by Richard A. Lovett, is about human-caused earthquakes.
• Departments include a guest editorial by Amy Sterling Casil, a guest “Alternate View” column by Arlan andrews, Sr., and book reviews by Don Sakers.

August 2015—
Vol. 39 No. 8 (whole #475), cover art by Tomislav Tikulin
• This issue has a novella by Will McIntosh, novelettes by Nick Wolven and Karl Bunker, and short stories by Kelly Robson, Paul McAuley, and Kristine Kathryn Rusch.
• Poetry is by Steven Wittenberg Gordon, MD, Robert Frazier, Richard Schiffman, and Ken Poyner.
• Departments include an editorial by Sheila Williams, a Reflections column by Robert Silverberg (“Reunite Gondwanaland!”), an “On the Net” column by James Patrick Kelly, and book reviews by Peter Heck.

June 2015—
Issue 322, Vol. 27 No. 10, 32pp
• This special “Mistakes” issue features the fifth in a series of essays on medical myths and errors, by Christopher S. Kovacs and Susan M. MacDonald, and an essay by Eric Schaller about issues in Paolo Bacigalupi’s The Windup Girl.
• Reviews are Joe Milicia on John Scalzi and Marilyn “Mattie” Brahen on Ben Jeapes.
• There are also essays by Terry Thompson, on Henry James; Brian Stableford, on Albert Robida; and David Drake, on space opera and military SF. 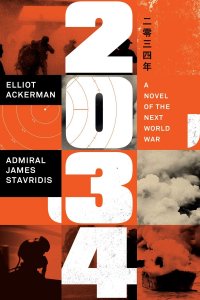 This week we have for consideration another Nebula winner, a novelette, “That Leviathan, Whom Thou Hast Made” by Eric James Stone. This is a rare story from Analog making the awards rounds this year. We’ll start with a round-up of reviewer reactions. Lois Tilton, Locus Online: The narrator, Harry Malan, is the new President of the small Mormon congregation on Sol Central Station, which includes a number of the vast