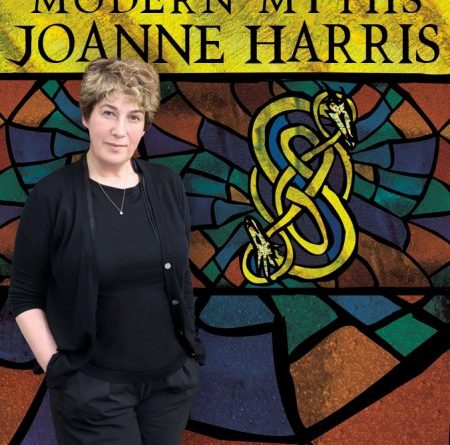 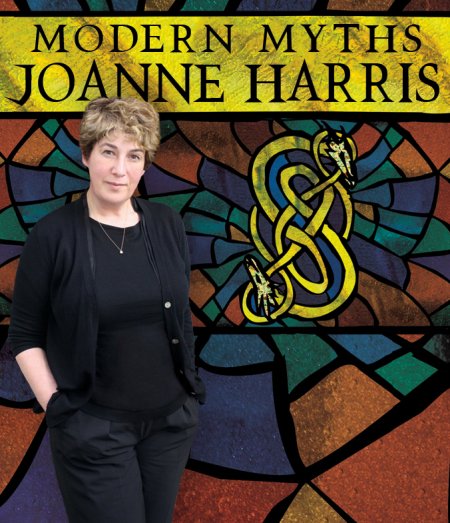 Joanne Michéle Sylvie Harris was born July 3, 1964 in Barnsley, Yorkshire, England, though she also spent time with family in France, and spoke French before English. She studied modern and medieval languages at Cambridge, and worked briefly as an accountant before taking teacher training at Sheffield University, after which she spent 15 years as a schoolteacher. She also lectured at Sheffield University on French literature and film.

Harris is a bestselling literary author who often incorporates the fantastic into her work, to greater or lesser degrees. Her first novel was The Evil Seed (1989), followed by Sleep, Pale Sister (1993), but she achieved her first great success with magical-realist novel Chocolat (1999), adapted as an acclaimed film the following year. After that she became a full-time writer, producing novels Blackberry Wine (2000), Five Quarters of the Orange (2001), Coastliners (2002), Holy Fools (2003), Gentlemen & Players (2005), The French Market (2005), The Lollipop Shoes (2007; in the US as The Girl With No Shadow, 2008), Blueeyedboy (2010), Peaches for Monsieur le Curé (2012; in the US as Peaches for Father Francis). She began a Norse myth-inspired fantasy series with Runemarks (2007) and continued it in Runelight (2011). Her latest book is standalone fantasy The Gospel of Loki (2014), as by Joanne M. Harris.

Harris is also a respected short story author, and some of her shorter work has been collected in Jigs & Reels (2004) and A Cat, a Hat and a Piece of String (2012). She co-wrote two books on French cooking with Fran Warde.

Many of her works have won or been finalists for prestigious literature awards, and she has been a judge for the Whitbread Prize (now the Costa) and the Orange Prize. She is an honorary Fellow of St. Catharine’s College, Cambridge and holds honorary doctorates from the University of Hudderfield and the University of Sheffield. She was awarded an MBE in the Queen’s Birthday Honours List in 2013. Harris lives in Yorkshire with her husband and their daughter.

‘‘It’s taken me a long time to understand why genre labels are even necessary. I’ve never felt any of them applied to me entirely. A lot of my publishers have found it hard to quantify what I do. I don’t think of myself as having a label attached. I’m sure the labels are useful to some people, but I read so many things and I write in so many different areas that to me, if it’s a good story, it’s a good story.

‘‘When you look at what I’ve done before, I’ve never been far from the fantasy area. I’ve been talking about magic for 15 years. I’ve written two other books about Norse gods besides The Gospel of Loki. It’s not new to me. Mythology is something I’ve been interested in since I was itty bitty, and Norse mythology particularly. I’m from Yorkshire, which has an awful lot of Norse culture embedded in it. It’s there in the language, in the names, in the geography and the landscape, and in the literature, too. It’s very familiar. It’s neither exotic nor far from home. I was drawn to Norse mythology as a child because it seemed so very familiar, whereas the Romans and the Greeks seemed quite distant by comparison. York­shire slang is full of Danish words and Icelandic words. Words that are very clearly from Norse languages. My grandmother’s maiden name was Briggs, which means ‘bridge’ in old Norse. I live spitting distance from York, which was a big Viking settlement. You just scratch the ground and you’ll find some sort of artifact. There’s an excavation called Jorvik, which is the Viking for York, and it’s now a big tourist visitors centre. I remember it when it was a hole in the ground. When I was 16 I worked on the dig. It was an archaeological site that was supposed to be open for only six months, and then something was going to be built on it. People were trying to get as much as they could of historical interest out of the ground. I volunteered to work on it because even at 16 I was obsessed with Norse culture. I was in on that, which was probably the most impor­tant archaeological Viking site in the country. I found loads of things. It was mostly a rubbish tip. We didn’t find anything really valuable, but we found an awful lot of bones and oyster shells and bits of crockery. Where I live, my house is two miles from an Iron Age fort. It’s basically a hill with some earthworks. You can see how various tribes of Celts and later Norse settlers came together and moved around. It was all happening in Yorkshire.”

‘‘I don’t tend to work on just one thing at once. I will segue from one to another when it becomes necessary. Sometimes I need some thinking time or some resting time or some researching time. I will generally jump to a different project. Some­times it’s a very different project. Sometimes I need to jump from one headspace into another. Short stories go rather slowly. I might average four a year. Last year I only did one because it was a Doctor Who book and it was a bit longer. It was a novella. They wanted a short e-book and they wanted to put it in a collection called Time Trips. They took a number of authors who’d been Doctor Who fans during childhood and adolescence and asked them their take on any doctor they chose. I chose the third doctor because that was the one I remembered best as a child. I remembered the sec­ond doctor, but I think it’s the one you remember when you’re about six or seven that’s the formative doctor. It was in my case, anyway. I wrote a story called ‘The Loneliness of the Long Distance Time Traveller’. Which slots in nicely right at the end of ‘Planet of the Spiders’, where that doctor dies, or at least is grievously poisoned by radiation and comes to Earth to regenerate. There’s a little point where there’s a suggestion that something else may have happened. He disappears for two weeks. He says he was lost in the time vortex. I popped my story in there. It’s a kind of contemplative story about coming to terms with death. One’s own, but also the death of humans, which is slightly differ­ent from the Doctor. It was an interesting one to do – I had a lot of fun – but it was daunting because the Doctor Who fanbase is an extremely vocal one and they know a lot. I was worried that if I got something wrong people would point it out. They were actually very nice indeed.”

‘‘I’ve been very lucky. I’ve visited so many won­derful places. I love visiting New Zealand and I love visiting Australia. I very rarely get to do any sightseeing. If I’m in a place for two weeks I might get a day off, but I’m very good at using whatever time is available. I love coming to the states be­cause everywhere is so different. Every city has its own personality, and every state is like a dif­ferent country. I’ve enjoyed going to Russia very much. It’s a very interesting country and the fans are extremely passionate. I’ve written travel pieces as well where they’ve sent me to wild and marvel­ous places that I wouldn’t have otherwise been to. Who’d have known that stories would send you so far?”

‘‘I don’t generally talk much about forthcom­ing things because it depends on how long it takes them to come forth. People get impatient. At the moment I’m working on a sort of fantasy novel. It’s a collection of stories with an overarching story running through it. It’s called Honeycomb. People who follow me on Twitter will be familiar with some of the stories because I write them on Twit­ter. When I joined Twitter about three years ago I didn’t quite know what to say and so I started writ­ing stories sentence by sentence. People started to tune in and listen and now they request story time. I realized after a few years I had quite a large archive of stories, some of them with returning characters. Initially I hadn’t saved these stories. I just left them out there. I thought, ‘Twitter is ephemeral. These stories that I’m making up on the spot should also be ephemeral.’ People started to say, ‘You ought to keep them, and if you don’t, then I will.’ People storified them and sent me the text. I started to keep them after that, and go back and pick them up. I’d published a few of them in various magazines. I published one in Fairy Magazine, which Charles Vess illustrated for me. He’s a wonderful illustra­tor. I got another one in a couple of anthologies. So I started to plan them as a book. In fact I’ve got Charles to illustrate it, which is a wonderful coup. I’ve put some of them to music. I’ve been doing musical story-tellings in front of audiences, which is interesting. One of them made it as a sort of mini opera. I’ve been in a band for a long time. Because I’m slightly obsessed with this oral tradition of story, I thought, instead of doing readings the way I always do at festivals, wouldn’t it be nice to ex­perience another means of telling stories? I bring my band and tell stories to music, and there’ll be some songs based on stories. I play flute and bass and sometimes I sing. We all do things together. That was lots of fun. These stories that don’t quite want to stay on the page, eventually I’m going to put them in a book. I’m halfway through trying to give it a book structure. That may take a little time to put together, but I think it’ll be a pretty book.”

Read the complete interview in the July 2015 issue of Locus Magazine. Interview design by Francesca Myman. 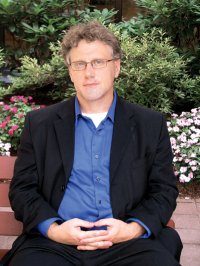 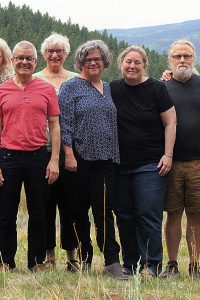 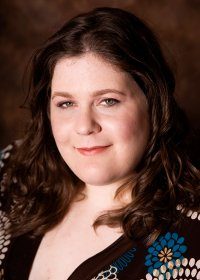