From the June 2015 issue of Locus Magazine

Like a lot of new writers, I got through years and years of rejection slips by believing I was simply misunderstood.

I suppose you could chalk a lot of this up to being young. But I also knew very little about writing, or publishing, or how to tell a good story. That trifecta of ignorance led me to invest in a lot of publishing conspiracy theories, so it amuses me these days to see so many new writers engaged in the same conversations about publishing cabals. Good books get re­jected all the time, yes. Bad books can make lots of money, yes. It helps if you know people in publishing if you want to get published, yes.

The old-fashioned grind where you continually lev­el up your skills as a writer and bust through the pearly gates after decades of hard work? Yes, that works too. And it works more often.

Like many writers who came up in the business be­fore self-publishing was virtually free, I’m relieved I didn’t have access to modern-day self-publishing tools. The ease with which one can publish freely on­line today is both a blessing and a curse. It’s fabulous that authors have so many options now. Did your pub­lisher not pick up the third book in your trilogy? Self-publish it. Is your new experimental book not finding a home after that bestselling fantasy series finished its run with numbers that were sort of ‘‘meh’’? Self-publish it! Do you have short story collections with award-winning stuff that no one will buy be­cause ‘‘there’s no money in short fiction’’? Now you have options.

Yet the vast majority of folks self-publishing today aren’t professional authors with quality work to sell, and they aren’t misunderstood geniuses. Most of those who choose self-publishing right out of the gate don’t have hundreds of rejection slips in a folder somewhere. Many are like me at 18 or 19, people with a few years of writing stories under their belts, who are really frustrated that no one will buy their work, or who simply don’t have the time or inclination to figure out where to start with getting published at smaller and then bigger houses, or who feel publishing is just one vast conspiracy where people only publish writers they know (it does make it easier). Publishing is a messy business. I get that it’s easier to put some­thing online and pray that the money rolls in than it is to slog through the underbelly of publishing slush piles for decades.

But here’s your spoiler for the year: the money probably isn’t going to roll in, no matter how you publish. The odds are stacked against you either way. In truth, unless you already have a built-in audience from your blog, your traditionally published work, your Youtube channel, or your Instagram account, you probably aren’t even going to make back what you spent to make your cover art for that self-published collection.

I say that as someone who has work that’s both traditionally published and self-published (the latter primarily short stories and story collections). I can pay a utility bill every month with what I make for the self-pub stuff, and that’s swell, but I’m not rich, and I’m not famous.

Which is OK. Because I didn’t start writing to be rich or famous. I started writing because I wanted to be a really great writer.

This is what worries me when I see so many young writers in particular run off to publish work themselves. Writing a novel isn’t a get-rich quick scheme, and self-publishing a novel isn’t a golden ticket to becoming a better writer. Whether you self-publish or traditionally publish a book, if you’re waiting for some kind of external validation for your work, you aren’t going to get it from publishing.

You need to set your own bar for success, and measure your work by that. To do anything else will lead to a lot of frustration. My bar for suc­cess is to become a master writer.

That’s a high bar. It may not be your bar, but it’s mine. Self-publishing early in my career wasn’t going to help me achieve that.

A couple years back, I read the early chapters of a book from a young writer who’d self-published their work. It wasn’t horrible. The book re­minded me of something a young, unfocused Myke Cole might write. I could see how the writer could level up after a couple more books, and with the help of a writing peer group and editor to give their work some polish. But they hadn’t chosen to workshop it, or even write another book after they put it up online. When I asked about how the next book was going, I heard mostly about how expensive it had been to self-publish the first (they’d done a print version as well) and how they were holding off on writing the second until they had more money.

Let’s take a step back and think about that for a minute.

Here was this talented kid who wasn’t going to do the work to get any better because they were so fo­cused on the publishing part that they forgot they were in this to be a writer.

I’m not a fan of the rejection grind either, but one thing the rejection grind motivated me to do was to become a better writer. It forced me to focus on craft and look for writing workshops and peer groups, to study other writers’ work, to keep writing new stories, and trying different methods to see what worked. As I leveled up, I started to get more story acceptances.

I wrote eight books and tried to sell two before I finally landed a sale for the third try (and ninth com­pleted book!), and even that ninth attempt, my first published novel, is a hot mess. Yet I learned a lot writing that hot mess (and the hotter messes before it) and working with my agent and editor on it, and the two books that followed were better books. The ones I’m working on now are better still.

I’m doing what I need to do to achieve my goal, and that’s why I’m very satisfied with where I am in my career right now. I’m not waiting for validation from sales, or awards, or fans, or peers.

That keeps me out of trouble.

Leveling up is something I’ve been consciously aware of throughout the last two decades of my active writing career. I know that sitting around writing the same book means I’ll never level up my craft. I’ll never broad­en my audience. What all that grind taught me on the way here was… well, how to grind at the pro level.

The grind never ends. That’s one of things I worry the straight-to-self-publishing school is teaching people – that just writing ‘‘the end’’ is al­ways going to be enough. That simply finishing a work – though certainly a good first step – is the same as being a great storyteller. We’re in this to be fabulous storytellers, aren’t we? Maybe that’s just me.

The rush folks are taking to publication, in many cases, tells me many see a book as a lottery ticket, or a ticket to fame or respectability. Many are looking for validation for their work and seeing sales and getting reader reviews are what motivates them.

If you’re frustrated with your rejection slips and heading down the road to immediate self-publishing, I’d ask yourself a few questions first.

What are you writing for? The money? The fame? Are you hoping that publishing a book online will give you some sense of validation for what you’re doing? Or are you in this because you want to become an excep­tional writer and a fabulous storyteller?

It’s fine to want all those things, or none of them. The truth is that be­coming an exceptional writer and storyteller does improve your chances of money and fame, but those chances are still very slim. I suggest finding another motivation. I’m here to learn to become a better writer, and the biggest leveling up I’ve done is when I’ve been forced to work with edi­tors on novels and short stories at the professional level.

What are you writing for? 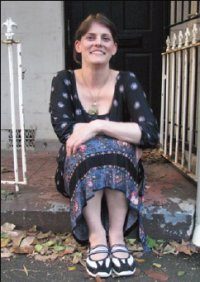 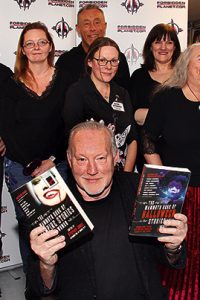 3 thoughts on “Kameron Hurley: Money, Fame, Notoriety: What Are We Self-Publishing For?”