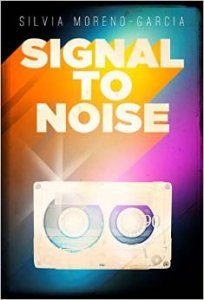 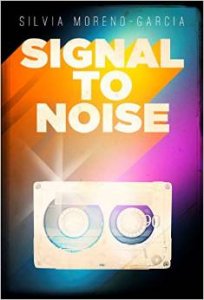 Silvia Moreno-Garcia’s debut novel Signal to Noise – a title so broadly utilitarian that it’s probably already been overused – also deals in that trope of past trauma remembered in later years, a trope that might be most concisely distilled as ‘‘something happened’’ (although Joseph Heller’s novel of that title isn’t really about it at all). Moreno-Garcia uses the trope in such an ingratiating way, though, and with such intriguingly conflicted characters, that it seems vibrantly new. I think it’s one of the most important fantasy debuts of the year so far, despite that almost-generic title, that familiar trope, and the fact that on the surface it looks like a coming-of-age novel about teenage witches. But Sabrina would get eaten alive by Moreno-Garcia’s problematical and razor-edged protagonist Meche, and any readers hoping for a franchise-ready Beautiful Creatures will find themselves not in YA-franchise land, but in a mature and beautifully written tale about the ways in which adults negotiate with their memories and with their younger selves. In a strange way, given the importance of music in the novel, it may owe far more to Billie Holiday and Procol Harum (or even to Greil Marcus, given a short bit about bluesman Robert Johnson) than to any sort of genre fantasy.

The novel opens in Mexico City in 2009, when Meche, now living and working as a ‘‘code monkey’’ in Oslo, returns home after her father’s death. The father, a failed songwriter who abandoned the family when Meche was a teenager, nevertheless passed on his passion for vinyl recordings of everyone from Ella Fitzgerald, to Leonard Cohen, to Spanish bands like Duncan Dhu, and this music has provided the cultural and emotional touchstones of her life ever since. Even more important, in a parallel narrative set back in 1988, the 15-year-old Meche (given name: Mercedes) finds that these same vinyl recordings, or at least some of them, serve as talismans for her own witchy talents, presumably inherited from her grandmother, who tells tales of folkloric witchcraft which she herself has witnessed. When Meche discovers that she seems to have this power – by causing a school bully to fall down some stairs – she enlists her friends Sebastian and Daniela to start experimenting. Sebastian is a sort of half-assed punk and an intellectual who wants Meche to read things like Henry James’s The Ambassadors, while Daniela is the sort of teen girl who likes Barbies and cooks mealy things in her EZ-Bake oven. They make an odd trio, and as they learn the powers of their collective rituals – using those vinyl records as power sources – they find clever but immature ways of exacting vengeance on annoying teachers, principals, and rivals.

But – as I mentioned earlier – something happens, and much of the suspense of the novel lies in discovering why the 36-year-old Meche, returning for the first time in years, is so reluctant to reconnect with Sebastian and Daniela, both of whom are also back in Mexico City, and both of whom she will need to deal with in connection with her father’s funeral. In the 2009 chapters of the story, there is virtually no magic or fantasy, and we are led to suspect that the witchcraft in the 1988 chapters escalates toward some crisis that may explain Meche’s 2009 reluctance to reconnect. That is indeed the case, although the judiciousness with which Moreno-Garcia parcels out her magical effects keeps us focused on her central concern, which is primarily Meche and secondarily Sebastian, Daniela, Meche’s parents – especially her dad – and her grandmother. Daniela comes closest to a stereotype, the slightly dim but well-meaning high school follower who later becomes a conventional mom, but Sebastian is more intriguing, with his literary interests, which don’t quite follow him into his later life as a marketing director, and Meche is most intriguing of all, with her visceral understanding of how the magic of blues, jazz, and rock can inform the more traditional magic of Mexican folk tradition. She’s neither particularly sympathetic nor romanticized, but her anger and her pain are as real as her connection to the music. When, toward the end of her 2009 return to Mexico City, she finally reads her father’s unfinished and unpublished magnum opus about the music that he and she loved, she tells her mom that it’s pretty good, and she leaves us wanting to know what he said. 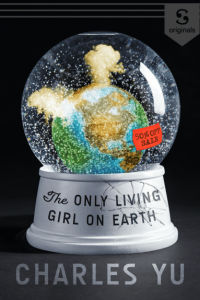