The story was called “Unitive Factor,” and Google tells me that it appeared in the May 1982 issue of Analog. To be honest, I can’t remember much about it, but the space horses made a hell of an impression. That’s right, space horses: giant vacuum-dwelling whale-like creatures that could jump instantaneously from one star to another, handy for harnessing to your space craft if you had an inclination for faster-than-light travel. And while this scenario struck me even then–I was fourteen–as a little bit unlikely (well, a lot unlikely), it more than inspired within me science fiction’s oft ill-defined sense of wonder. I could not stop thinking of those space horses, and I was pretty excited when they turned up again a couple of years later in the (again Google) March 1984 issue. And still another time, in Zahn’s 1990 fix-up, Warhorse.

But I lived every day in soul-crushing dread. I had a nemesis, a bully named–well, I suppose I shouldn’t name him, but he went by Junior, and Junior made my every day a living hell. Junior had age on me: he had failed at least two grades. Junior had size on me: he’d spent hours in the weight room. His hatred of me was unprovoked and vicious, and he had a coterie of friends to pick up the slack when he wasn’t around. This was standard stuff. He shoved me against lockers when we passed in the hall. He threatened me in the cafeteria. And worse, he surprised me on the grounds as I fled for home. He never laid a hand on me, but as the crowd gathered around us–“Fight, fight!”–he did the worst thing anyone could do to a fourteen-year-old boy: he exposed to me my own cowardice, and publicly humiliated me.

And then came Timothy Zahn.

I knew about science fiction, of course. My father had given me The Lord of the Rings early on, I’d plowed through Narnia since then, and I’d exhausted the meager holdings of the public library–Simak, Clarke, Silverberg. And I knew that science fiction magazines existed: I’d read Asimov’s recollection of his first sales to John W. Campbell in In Memory Yet Green. But I’d never laid hands on one of the fabled things. Then my sister started dating a man who lived two towns over–a town where there was an old fashioned pharmacy, complete with a soda counter, and shelf after shelf of magazines. And one Saturday morning I woke to find the May 1982 edition of Analog waiting for me on the breakfast table. Inside: Timothy Zahn. Inside: space horses.

Done. As Renée Zellweger says to Tom Cruise at the end of Jerry Maguire, “You had me at hello.”

The magazine wasn’t always there. Sometimes it must have sold out, and of course weeks passed before the new edition hit the stands. Sometimes Asimov’s showed up instead, and maybe once a treasured F&SF. Variable-ratio conditioning, the psychologists call it–the most powerful kind–and soon enough I was a junkie for the digests, as disappointed when one didn’t show up on the breakfast table as a heroin freak when he couldn’t score. And something more: though Junior wouldn’t stop harassing me for a year or two to come, I had a respite from him, a place I could always escape to, a place where I might any moment encounter wonders on the order of space horses, and sometimes did.

Gradually I developed a sense of the distinct identities of the magazines, and once I convinced my parents to subscribe to all three, I found myself gravitating most to F&SF. But I read every one of them from cover to cover for years, and when I started publishing in F&SF after attending Clarion in 1992, I thought I’d reached the peak of fulfillment. But dreams change. I wrote a few novels, I put together a couple of collections, I broke into other markets, both print and online (though never into Analog, ironically). Yet from the very start, my success as a short-story writer was tinged with sadness and fear: even at Clarion I was told that the digests were dying. And the situation looks grimmer still as online markets, sometimes higher-paying, proliferate, and a digital generation turns away from old-fashioned print.

F&SF has gone to a bi-monthly schedule, and word on the street is that circulation is way down for all three of the magazines. Greg Benford recently blogged that the digests were imminently endangered. I’m not sure that’s true–they’ve hung on for more than two decades since I first heard their doom pronounced–but I fear that it might be. I grieve for the loss of every subscriber, for with every one that goes, a part of the kid I used to be dies, too. And though Junior is long gone, that little kid still needs respite. Lots of kids do, maybe more than ever.

I hope my fiction has provided that for a few of them.

As for me, I hung onto both issues of Analog and the first Baen issue of the novel for many years, but they got lost somewhere along the way. The space horses, though, they will always be with me. I’d like to have more of them, in fact.

Are you listening, Mr. Zahn?

Dale Bailey’s new collection, The End of the End of Everything, came out in the spring. A novel, The Subterranean Season, will follow this fall. He has published three previous novels, The Fallen, House of Bones, and Sleeping Policemen (with Jack Slay, Jr.), and one previous collection of short fiction, The Resurrection Man’s Legacy and Other Stories. His work has been a finalist for the Nebula Award, the Shirley Jackson Award, and the Bram Stoker Award. His International Horror Guild Award-winning novelette “Death and Suffrage” was adapted for Showtime Television’s Masters of Horror. He lives in North Carolina with his family.

Roundtable on the Theory of Organizing Books 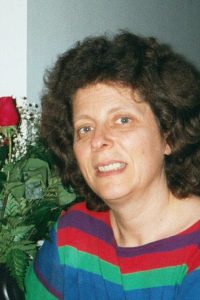