There are, very broadly speaking, two kinds of fantasy writers: those who participate in the grand and venerable dialogues of fantastika, and those who pretend that they don’t. I don’t think I need to try to describe the nature of those dialogues, since anyone who reads much fantasy knows what they are, but the writers in the former group tend to celebrate the resonances of their work with what Tolkien (and later Lloyd Alexander) called the Cauldron of Story, while the writers of the latter group are off reinventing bicycles. Either group can produce excellent fiction (even a reinvented bicycle can be a good one), but it’s that celebratory resonance that comes to mind in reading Neil Gaiman’s new collection of stories, sketches, poems, and commentary, Trigger Warning. It contains perhaps a half dozen of his strongest short fictions and a handful of rather hasty ones, but by the time we’re done with it we feel like we’ve been celebrating not only Gaiman’s considerable imaginative skills, but also those of Gene Wolfe, Jack Vance, Arthur C. Clarke, Ray Bradbury, Arthur Conan Doyle, Harlan Ellison, David Bowie, Amanda Palmer (not surprisingly), William Blake, Arthur Machen, Steven Moffat, and even Robert Browning. Most of these are cheerfully acknowledged in Gaiman’s accompanying story notes and introduction.

This has nothing to do with originality. Gaiman’s is one of the most distinctive voices in modern fantasy, and it remains thoroughly in control whether the story in question is a Doctor Who episode (‘‘Nothing O’Clock’’), a club-story tall tale in the manner of Clarke’s Tales from the White Hart (‘‘And Weep, Like Alexander’’), or a mashup of two familiar fairy tales (‘‘The Sleeper and the Spindle’’). But that resonance has a great deal to do with that celebratory tone, which emerges even in darker tales like ‘‘The Truth is a Cave in the Black Mountains…’’ and ‘‘Black Dog’’, the one story original to this collection. The latter story reintroduces us to Shadow Moon of American Gods, who has been waiting offstage for his re-entry cue since he last appeared in the novella ‘‘The Monarch of the Glen’’ in 2006. Here he finds himself involved with a strange couple in a rural English village, which comes complete with nearby haunted Roman ruins (a lá Machen). The black dog of the title is partly depression, partly guilt, and partly a really big black dog which appears at crucial moments, and the story itself is one of the strongest in the book, working both as a classic ghost story and as a tantalizing reminder that Gaiman is not yet done with Shadow, one of his most intriguing characters.

‘‘The Truth is a Cave in the Black Mountains…’’ is another pretty dark and powerful tale of greed and treachery, drawn from Scottish legends of the Isle of Skye, about a dwarf and his reluctant guide’s quest for the gold hidden in the cave of the title. At times it reads like Tolkien’s Thorin has wandered into The Treasure of the Sierra Madre, but it works. A rather somber, elegiac tone governs a couple of what we might call the tribute stories. ‘‘An Invocation of Incuriosity’’ is another variation on the club story – a favorite form of Gaiman’s – with the frame this time being a Denny’s in Florida and the tale being told an entropic romance after Jack Vance’s Dying Earth tales, and which captures the Vancean heroic-eschatological tone with precision. ‘‘A Case of Death and Honey’’ is one of the most original variations on Sherlock Holmes that I’ve seen, focusing less on the mystery than on the obsessive character of an aging Holmes (who is the narrator, not Watson), long after Mycroft has died, visiting a remote Chinese village to learn about bees from a master beekeeper – from whose point of view we see Holmes as a strange, tall barbarian. There is a mystery involved, but it very nearly works better as an alien contact story. And ‘‘The Sleeper and the Spindle’’, in which the queen Snow White, preparing for her own unexciting wedding, sets out instead to rescue Briar Rose from her sleep, and ends up in an ingenious revisioning of both tales at once.

Some of these tribute tales reflect Gaiman’s sometimes overlooked but sharply Wodehousian sense of humor. The two funniest stories here are ‘‘And Weep, Like Alexander’’, which recreates the manic tall tales of Clarke’s White Hart (complete with minor characters that suggest Aldiss and Moorcock) in the tale of a stranger who claims to have repeatedly saved the world by ‘‘uninventing’’ things before they got out of control, thus explaining why we don’t have jetpacks and flying cars. The Doctor Who episode, ‘‘Nothing O’Clock’’, is very specifically set in the series of the Eleventh Doctor and Amy Pond, and neatly captures the mixture of blithe japery and cosmic worry that marks the series at its best. ‘‘A Calendar of Tales’’, a series of 12 short-shorts written in response to invited tweets from readers, was supposedly inspired by Harlan Ellison’s stunt-writing of stories before live audiences, sometimes in the window of a bookstore – but in fact it ends up recreating a form that was more than a stunt for Ellison and is more than a stunt here: the compound tale, in which a series of unrelated anecdotes (an igloo of books, a genie whose new master has no wishes, a tale of a lost pendant) invite us to discover or invent whatever thematic links we want to, drawing us into the composition as unwitting collaborators. It’s a game that Gaiman plays more directly in ‘‘ORANGE’’, presented as a series of responses to unseen interview questions, requiring the reader to connect the dots to reveal a story which is, frankly, pretty silly. Similarly, ‘‘Adventure Story’’, which might well have been part of that calendar of short-shorts, implies a whole lost-world adventure in the context of lampooning a certain British middle-class attitude towards what is and is not an adventure. More substantial is ‘‘The Thing About Cassandra’’, in which an imaginary girlfriend seems to show up years later in the real world. It also suggests some early Ellison stories as well as a kind of Twilight Zone aesthetic of a world made malleable by a powerful enough imagination. That’s pretty much the kind of world Gaiman offers us throughout Trigger Warning, both in his more considered fictions and his lightly sketched one-offs. It’s also the main justification for the title, which Gaiman borrows from the idea, popular on the Internet and later in academia, that readers – some of whom might have traumatic memories – ought to be warned in advance about potentially upsetting content. There really isn’t much here that would warrant such warnings in particular, but there’s a lot that might challenge the notion that stories are safe places. 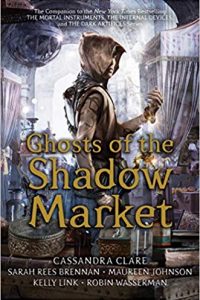 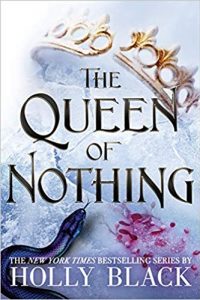