San Francisco specialty bookshop Borderlands Books is going out of business. The store will close its doors no later than March 31, 2015, but may close earlier, depending on how quickly the inventory can be sold. Owner Alan Beatts explains:

The recent change in San Francisco minimum wage law will prevent the store from being financially viable no later than July of 2018 (at which point our payroll will have increased by roughly 39%). It is quite possible that the store would lack viability before that date, as wages will increase incrementally between now and then. Rather than wait, we have chosen to close now to allow us to get the most value from the businesses. Though all of us at Borderlands support the concept of a living wage in principle, the minimum wage law passed in San Francisco makes it very difficult, if not impossible, to run a viable business when retail pricing is set by publishers and our main competitors are companies such as Amazon.com.

The store is not for sale. Neighboring Borderlands Café will remain open ‘‘at least until the end of 2015.”

The bookstore has long been a hub of the SF/F community in the Bay Area, hosting many author and publisher events over the years. Beatts founded Borderlands in 1997 as a used bookshop, opening in the Hayes Valley neighborhood of San Francisco. The first employee was Jeremy Lassen – now editor at Night Shade – hired in 1999. The shop relocated to the Mission in 2001, and Beatts opened the Borderlands Café next door in December 2009. In early 2012, an archway was opened in the wall between the café and the bookstore, increasing the common space and allowing the store to host much larger author events. For details on the store and its history: <www.borderlands-books.com>. 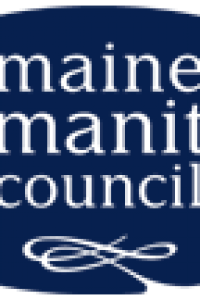