Not all writers can be, oh, say, Ernest Cline or Richard Morgan, leaping, after a relatively short or nugatory apprenticeship, into fame and Hollywood options with a debut novel. Some of us take a little time to get rolling, but the resulting books might be all the stronger for a slow maturation.

In any case, Greg van Eekhout published his debut story away back in 1998. Sixteen years later, in 2014, his “first hardcover for adult readers” appeared, California Bones, and it proved endearingly worth the wait. (And of course he was certainly not inactive during that interval, producing three prior books.)

California Bones is an accomplished “urban fantasy” in the old sense of that term, closer to Crowley and Beagle than to the contemporary school of “feisty gal and her werewolf lover battle zombies.”

In van Eekhout’s scenario, California is a separate nation from the USA, a realm of deep magics of a peculiar sort. The main form of power-manipulation is osteomancy, and involves magicians acquiring the powers of the creatures whose prepared bones they ingest. Given the existence of krakens and firedrakes, among other fabulous beasts, this allows for some fearsome feats by the magi. But traditional methods of accomplishment were deemed too slow by the ruling Hierarch, a nasty sort, and he began literally eating his foes, acquiring all their hard-earned magics at a gulp. This savagery has allowed him to rule California tyrannically for nearly a century.

One of his victims was master osteomancer Sebastian Blackland of Los Angeles, who left behind a young son. We witness the father’s gruesome death in a prologue, then jump into the life of the adult son Daniel. Now a thief with one eye peeled for the Hierarch’s forces, Daniel has assembled a colorful crew of pals who help him on his heists. Their newest venture is undertaken as an assignment from Daniel’s criminal Uncle Otis: to break into the Hierarch’s ossuary, fabled repository of his uneaten backup magical bones.

The book is three-quarters a rousing caper movie, and one-quarter a tale of revenge and revolt. It ends with Daniel defeating the Hierarch and abandoning LA, in possession of the Hierarch’s juvenile clone, or golem, who innately stores up all the same magics as his sire—though without conscious trained access to them.

California Bones exhibits numerous felicities. First perhaps is the venue, a consummate New Weird counterfactual locale blending naturalism with supernaturalism. Boldly asserting an inexplicable parallel development with our world, right down to the existence of Disneyland and Rhino Records, van Eekhout introduces plenty of estrangement. For instance, his LA has no freeway system, but rather a network of canals! Then come unforgettable characters running the spectrum from purely decent to infinitely evil. Midway along that continuum are the fascinating Gabriel Argent and his “hound,” Max, a human slave trained to sniff out magics. Finally, van Eekhout’s prose and plotting are Zelazny-crisp. All in all, an engaging thrill ride.

Before looking at Pacific Fire, the sequel, I should mention that van Eekhout is contributing to a great subgenre, “California SF,” as summarized in a recent set of articles at the LA Review of Books. Some editor should assemble an anthology of such tales—it would be a guaranteed winner, I think.

Pacific Fire picks up during its own Prologue in much the same mentoring way its predecessor began: with Daniel attempting to teach Sam the golem some magic. Then, again mimicking California Bones, we jump ten years into the future. Sam is now eighteen or so, something of a Michael Valentine Smith naive savant, due to his unnatural birth and upbringing. He and Daniel are still wearily on the run. But now, for special reasons, their pursuers are redoubling their efforts.

Back in LA, Otis, Gabriel and a third boss, Sister Tooth, are looking to consolidate their triumvirate place in LA’s power scramble by constructing a giant firedrake as a weapon of intimidating mass destruction. And they need Sam the golem as the magical engine at its heart, no matter that the boy will be destroyed in the process. In a surprise move, Gabriel seeks to undercut his supposed allies by secretly getting in contact with Daniel and cajoling him to agree to another caper: destroying the firedrake before it is fully born. But the road to Catalina Island, where the firedrake is being assembled, is strewn with dangers both magical and carnal.

Van Eekhout switches his POV from Daniel to Sam in a generational kind of move, and the tactic pays off. Instead of simply recapitulating the same sensibility and attitudes, the author delivers a fresh perspective on both the actors in the game and the social structures that support them. The dual POVs also allow for suspense, as the narrative is free to shift between Daniel and Sam at cliffhanger moments.

Along the way we meet great new characters, such as Em, Sam’s lethal new partner, and Mother Cauldron, an osteomancer straight out of a fairy tale. Old favorites such as Daniel’s pals Moth and Cassandra return as well. The estranged California venue is not such a surprise the second time of course, but van Eekhout still manages to disclose fresh little nooks and crannies of the territory. I was particularly taken with some scavengers dubbed the leeches, who are like something out of Mad Max.

Van Eekhout’s scrupulously crafted language continues to flaunt that Zelazny-esque balance of demotic and poetic. I am also reminded of Steve Gould’s voice in the Jumper books. He is very kind to his readers by putting lots of background info up front to bring newbies up to speed. But really, this sequel is merely the second half of a single long narrative, as is evidenced by the surprise crucial reappearance at the climax of some vital figures from Daniel’s childhood.

The book comes to a highly satisfactory and resonant conclusion, while still keeping its face turned toward an open horizon of further adventures. I look forward to van Eekhout’s continued California Dreamin’. 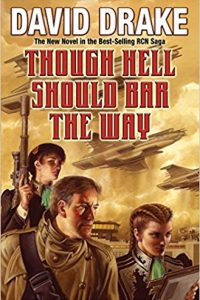 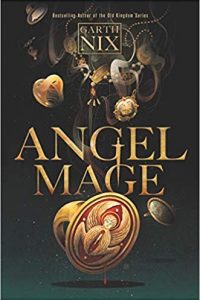