SF novel, second of a duology following Proxima (2013), about a 27th century colonization of a planet circling Proxima Centauri.
• Orion’s site has this description.
• Amazon’s “Look Inside” function provides previews.
• Russell Letson reviews the book in the December issue of Locus Magazine. ” ‘‘Ultima’’ can mean ‘‘farthest’’ as well as ‘‘last,’’ and that extremity would seem to be the destination of this second volume, though it takes its time getting there and wanders through some genre spaces that do not at first seem much related to the cosmic gosh-wow promised by the vatic opening and closing passages of Proxima. (Part of me wonders whether Baxter is seeing how many SF tropes and traditions he can fit into one big narrative framework.)”

Fantasy novel, second volume in a two-book set, about an assassin eager to die in order to free himself of a curse, following The Leopard (June 2014).
• Pyr’s site has this description.
• The Publishers Weekly review concludes, “Johansen has found a winning combination: the modern epic fantasy penchant for a cast of thousands and the golden age feeling of a tale of Conan or Fafhrd and the Gray Mouser dueling with gods gone mad.”

Fantasy novel set in the world of Lake’s Green, completed by Page following Jay Lake’s death earlier this year.
• Per Aspera’s site has this description and order page.
• Publishers Weekly includes it among its Best SF/fantasy/horror books of 2014.
• Publishers Weekly gives it a starred review: “Page has done a phenomenal job of completing Lake’s work after his death, honoring his contributions and vision while giving the novel an emotionally authentic, coherent voice.”
• Faren Miller reviews it in the December issue of Locus Magazine: “Though co-author Jay Lake died of cancer early in 2014, the healing in Our Lady of the Islands is not wish-fulfillment. This collaboration with Shannon Page was largely written by the time he became too sick to work (four years after they first planned it, a year before he died). Thanks to a publisher’s query, Page completed it, beautifully. Per Aspera now releases it in an edition fine enough to honor the bittersweet, but ultimately triumphant, survival of a very special book.” 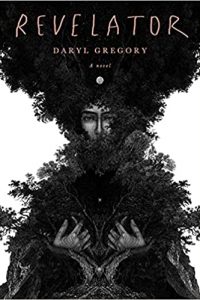 One of the things I insist to my students is that no writing advice is one-size-fits-all, aside from the general notion is that one should put words down in some form or another. Some people do what we affectionately call “pantsing” after the notion that one is writing by the seat of one’s pants, flying into the wordcloud and seeing what collects on one’s wings along the way. Others outline