November 2014—
Issue 76
• This issue has stories by Meryl Stenhouse and Melanie Rees.
• There’s also an editorial, an essay on sacred cows, and reviews.

October 2014—
Issue 314, Vol. 27 No. 2, 32pp
• This special “Sex and Memory” issue features an essay by Brian Stableford, “Speculative Sex: The First Gropings”, and an appreciation of Fred Pohl by Fruma Klass.
• Reviews include Michael Levy on Stephen R. Donaldson, A.P. Canavan on Ian C. Esslemont, Dan’l Danehy-Oakes on Daryl Gregory, Joe Sanders on Peter Watts, and Fran Wilde on Eileen Gunn.
• There are also essays by Michael Andre-Driussi, Emily Hosokawa, and Mariano Villareal, and an editorial by Kevin J. Maroney.

November/December 2014—
Issue 1, cover art by Glen Dara
• This debut issue of a new bimonthly e-zine is releasing half its content for free online in November, and half in December.
• This issue has fiction by Maria Dahvana Headley, Kat Howard, Max Gladstone, Amelia Beamer, Ken Liu, and Christopher Barzak, with a classic fiction by Jay Lake. Poetry is by Neil Gaiman, Amal El-Mohtar, and Sonya Taaffe.
• Nonfiction includes essays by Sarah Kuhn, Tansy Rayner Roberts, and Christopher J Garcia, a Worldcon Roundtable featuring Steven H Silver and others, and interviews with Maria Dahvana Headley, Deborah Stanish, Beth Meacham on Jay Lake, and Christopher Barzak. 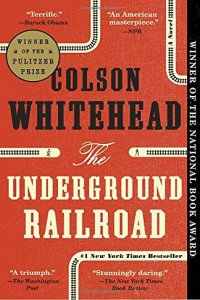 Felix John Gilman was born in London and grew up in the south London suburbs. He attended school in Seven Oaks, Kent, and read in history at Oxford for three years, then got a master’s degree in “Elizabethan stuff,” graduating in 1996. After working briefly for a small London publisher, he moved to the US to live with his wife Sarah. They resided in Washington DC for a couple of

The Locus Roundtable blog is live!