In late October various fine publications (including this one) reported that a previously unpublished essay by Isaac Asimov had appeared in the MIT Technology Review. In a prefatory note to the essay, Arthur Obermayer describes how he was the one who suggested, back in 1959, that Asimov be approached to join a group of “out of the box” thinkers on an ARPA-related project. Asimov participated briefly, and wrote the piece, “On Creativity”, as his single contribution. Obermayer notes that “his essay was never published or used beyond our small group.”

Interestingly, however, the core ideas in Asimov’s recently published piece did, in fact, see print, back in 1960, in a similar essay to the one just published. I’m referring to Asimov’s essay “Those Crazy Ideas”, which was published in the January 1960 issue of The Magazine of Fantasy and Science Fiction and included in his collection of essays Fact and Fancy (1962, Doubleday). [This collection which was republished as a paperback by Discus in March 1972 and is easy to find secondhand.]

Here are two of the similarities between the pieces, strongly suggesting that “On Creativity” was the precursor of “Those Crazy Ideas”:

If that isn’t enough to illustrate the connection, consider that in the introduction to “Those Crazy Ideas” Asimov describes how a “consultant firm in Boston, engaged in a sophisticated space-age project for the government, got in touch with me,” and asked him “where do you get those crazy ideas?”.

For readers who don’t have easy access to the F&SF essay, I’ll leave you with the summary of what Asimov considers the five key criteria needed for creativity:

“A creative person must be

The details behind these five points are developed at length in “Those Crazy Ideas”–I recommend it. 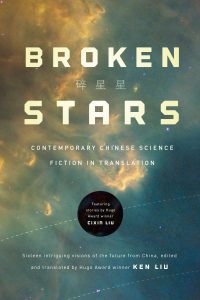 One thought on “A Note About Asimov’s Essay “On Creativity””