Maybe this represents some sort of watershed in the development of hard SF: Arthur C. Clarke’s famous and annoyingly overquoted dictum that any sufficiently advanced technology is indistinguishable from magic has given way to ‘‘any sufficiently advanced technology is indistinguishable from nature’’ (italics mine). That comes from Peter Watts’s Echopraxia, where he attributes it to Stella Rossiter, but exactly the same thought appears in Hannu Rajaniemi’s The Causal Angel (‘‘sufficiently advanced technology should be indistinguishable from nature’’). Likely a coincidence, unless they talked on the phone before coming to school, but it’s an interesting shift. Clarke’s quip seemed to give hard SF license to go wonky whenever it felt like it, including Clarke’s own occasional fits of reluctant mysticism; his more purely hard SF novels, like The Sands of Mars, didn’t give him that wiggle room, and they haven’t lasted as long as, say, Childhood’s End. We can hear some faint echoes of Childhood’s End by the time we get done with Echopraxia, but Watts couldn’t be less interested in magic and the supernatural, despite a novel packed with vampires, zombies, Heaven, and the quaintly transgressive conceit that religion might turn out to be as predictively valid as science. But more about that in a moment.

What I think is particularly interesting about that magic vs. nature question is that it may help explain why so many of us get tangled up when trying to even decide what hard SF is: we’ve almost always tried to discuss it solely in terms of its conceptual parameters rather than by how it works as fiction. Theoretically, those parameters are, simply, nature – physics, astronomy, biology, etc. – suggesting that Watts and Rajaniemi’s formulation is closer to the mark than Clarke’s. But in practice, almost since the beginning of SF, that ‘‘sufficiently advanced technology’’ rubric has served writers as a Get Out of Jail Free card not all that far removed from Clarke’s magic, so the argument becomes circular: we can’t distinguish advanced technology from a natural process, and we can’t distinguish an unknown natural process from magic, so we’re back to square one.

Except for one thing: replacing magic with nature substantially reduces the degree of pure handwaving permitted in hard SF, and as a result writers have for the past few decades been developing strategies for incorporating cutting-edge science and technology into their narratives, making them part of the aesthetic fabric, and that takes us back to that question of how this all works as fiction. In addition to the traditional weaving of character, plot, setting, style, etc., the literary hard SF writer needs to weave information into the fabric as well, and how they do this looks very much like a set of artistic decisions.

By coincidence – and in fact what set off this ramble – three of the works we’re looking at this month represent three distinct such artistic strategies. Nancy Kress’s Yesterday’s Kin follows the more traditional Heinleinian model, offering just enough science to power the issues she wants to address – mostly evolutionary biology – while pretty much ignoring less relevant questions (such as how her alien spacecraft operate). Peter Watts, on the other hand, is fascinated by the science behind all aspects of his constructed world in Echopraxia, and wants you to sit still for some dauntingly dense asides about it, almost as the price for getting to enjoy what turns out to be a pretty solid space adventure. Hannu Rajaniemi’s strategy in The Quantum Thief trilogy is to work out all that science and information theory, pack it into an initially bewildering array of neologisms and images, and then explain nothing at all, lest it slow down the kinetic pace of what is at heart a romantic adventure tale.

Put another way, Kress’s scientific rhetoric is in support of her plot, Watts’s is in dialogue with his plot, and Rajaniemi’s is the backdrop of his plot. Which is the more effective strategy is at least partly a function of how much work the reader is willing to put in, but all are good examples of how the rhetoric of science becomes part of the rhetoric of fiction in a way that is unique to hard SF.

The famously dismal brilliance of Watts’s imagination as it shows up in Echopraxia – more of a companion piece than a sequel to 2006’s Blindsight – at first stuns you with its barrage of smart ideas and cutting-edge research, then disarms you with its grim determinism and unsympathetic, semi-posthuman characters, and ends up, pretty much, by just making you want to crawl under a rock. This is not a novel that wants to invite anyone in for tea. But while, on the one hand, it’s SF hard enough to break a tooth on, it also challenges some of the very tenets of hard SF by questioning whether religion might turn out to be as useful as science, at least in terms of predictive power. There’s a fair amount of discussion (perhaps a bit too much, and that’s not counting the appendix with its 139 footnotes) about how supernatural beliefs serve biologically adaptive functions, how neurology governs perception (not only in the echopraxia of the title, but with side bits about misophonia, agnosia, pareidolia, cognitive filters, and the ingenious ‘‘Crucifix glitch’’ which explains why vampires are allergic to crosses), how distributed minds might work, and about the possible varieties of posthumanism. Watts is not as openly concerned with questions of consciousness as in Blindsight, but he’s still just as fascinated with questions of identity, and, in the case of the main character, of responsibility.

To help us keep our bearings in this transfigured world, that main character is Daniel Brüks, a ‘‘baseline human’’ – without various perceptual and neurological enhancements – working as a field biologist in the Oregon desert, long after most science has left such work behind in favor of mechanized observations and simulations. The setting is 2096, some 14 years after the first contact event described in Blindsight, when thousands of lights appearing in the skies resulted in the ambitious project to send the spacecraft Theseus into the outer solar system to see what was going on. When his array of automated research stations start going dark in a pattern heading straight toward him, Brüks takes refuge in a nearby monastery run by the sort-of-but-not-quite hive mind of the Bicamerals, who among other things have mastered a very neat sort of weaponized tornado.

They also have their own spaceship, the Crown of Thorns, and since they seem to be the target of the attack, they head out on a mission, initially toward the sun but really to discover what happened to Theseus, and they take an unwilling and pretty useless Brüks with them – along with the unexpected guest Valerie, a vampire who eventually comes across as a cross between the world’s baddest dominatrix and Giger’s indefatigable Alien. She’s about the most compelling creation in the novel, and her role takes on an unexpected complexity toward the end. And to make her even scarier, she’s accompanied by a retinue of zombies (Watts makes sure we understand the biology and neurology behind both vampirism and zombieism, whether we want to or not.)

Throughout the novel, there is an uneasy tension between the speculative biologist Watts, the Watts who can write sentences of startling lyricism, and the Watts who wants to write a good space opera. For example, one of the threats faced by the Crown of Thorns is a mold-like organism which, like the spider that Brüks names it after, ‘‘had learned to partition its cognitive processes, almost as if it were emulating a larger brain piece by piece, saving the results of one module to feed into the next.’’ We get nearly a full page on the behavior of this precocious spider, but a few chapters later, Brüks calls out the threat for what it is in purely pulp SF terms – ‘‘an intelligent slime mold from outer space.’’ For every speed bump like this

Streptococcal subroutines lifted from necrotizing myelitis; viral encephalitides laterally promoted from their usual supporting role in limbic encephalitis; a polysaccharide in the cell wall with a special affinity for the nasal mucosa

Hypomethylation, CpG islands, methylcytosine – black magic, all of it. The precise and deliberate rape of certain methylating groups to turn interneurons cancerous, just so: a synaptic superbloom that multiplied every circuit a thousandfold

we get a sharp and succinct image of almost brutalist poetry like ‘‘They’d turned their brains into cancer,’’ or a waggish wisecrack that the folk belief of distracting vampires by throwing salt in their paths was ‘‘probably not peer reviewed.’’

In the end, Watts the storyteller wins out, with Brüks coming to terms with a dark secret from his own past and his companions on the journey – his almost-girlfriend Lianna, the pilot Sengupta, the military veteran Jim Moore, and that spectacular vampire Valerie – acting out their own obsessions and vengeful motives. Almost unwillingly, we come to care about these mostly unsympathetic folks, and when the mission finally returns to a devastated Earth, an almost elegiac ending somehow evokes both Clarke’s novel and Matheson’s I Am Legend. It’s not quite where we expected to be in a novel that sometimes reads like a graduate seminar for which we lack the prerequisites, but it’s undeniably powerful, and surprisingly humane. 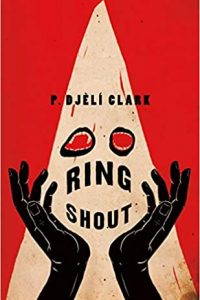 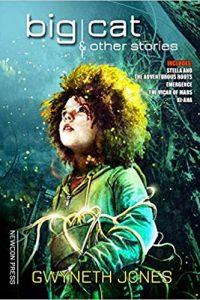