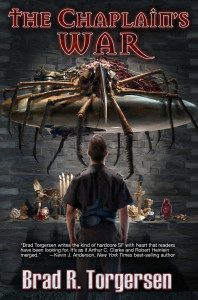 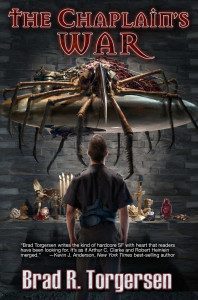 An aspiring writer recently asked if there was any value in doing short fiction, as a way to break into SF/F publishing. Versus merely penning novels and pitching them at the editors in New York.

Once upon a time, doing short fiction was the established path. From the 1920s through the early 1980s, almost everyone who was anyone came up through the magazines first: short stories, novelettes, novellas, and serialized novels. Go back and look at the covers of old issues of Analog magazine (formerly Astounding) and one will see the names of some of today’s top sellers. Including people who aren’t commonly known for having cut their teeth in a “Hard SF” market like Analog, such as George R.R. Martin. Other authors who figured prominently in pages of Analog (prior to going “big” in novel publishing) include Frank Herbert, Piers Anthony, Anne McCaffrey, Joe Haldeman, Greg Benford, Vernor Vinge, Orson Scott Card, and many others.

These days, the statistics tell us that it’s easier to break in with a novel than with a piece of short fiction. Starting in the 1990s, new writers began to have a lot of success going directly to books, as opposed to short stuff. There are far more “slots” for new novels, from year to year, than new short works. For every first short piece appearing in an issue of Asimov’s or on Tor.com there are dozens of first novels hitting the market. So what is the advantage to “going traditional” when the odds clearly favor the novelist, whether indie or paper pub?

I know for me, I wouldn’t have a career without my short works.

A little history: I came of age reading the short fiction of Larry Niven, and fell in love with how Larry was able to tell “big” stories in relatively confined spaces, and because Larry had come up through the magazines (in the 1960s and 1970s) I determined (in the 1990s) that this was the way I wanted to come up too. Granted, the process of learning my craft proved to be much more protracted and challenging than I thought it would be. Enjoying well-told short SF/F is very different from being able to actually write good SF/F short work. I’d been a novel reader (mostly) as a teen, and my unconscious novel sensibilities made re-tooling for short works a much bigger project than I thought it would be.

It paid off, though, in 2009, when I finally got the call from the Writers of the Future contest: one of my novelettes had won me a spot in the 26th volume. Within 60 days I also got a nice note from Stanley Schmidt at Analog magazine, telling me he was taking another novelette of mine; a piece called “Outbound”, which eventually won me my first Analog AnLab readers’ choice award. Now, both of these triumphs (and they were triumphs, believe you me, after the better part of two decades of rejection letters!) presaged a quick rise in the ranks. My proverbial “iceberg” was surfacing from the depths, after many years of honing craft and learning by doing—and failing. Which inevitably got me on the radar of editors like Toni Weisskopf, who is the chief editor and publisher of Baen Books.

Now, it was unknown to me at the time that Toni has a particular enjoyment of “Hard SF” stories; those SF/F tales that try to stick close to what we actually know about physics, chemistry, math, cosmology, etc. Or at least rigorously extrapolate from same and/or work hard to be self-consistent about technology and science. But when I started having other publishing success at Analog, the premier “Hard SF” magazine in the English language, and also the most-circulated print SF magazine in the West, this was a green flag for Toni that I was a guy to watch out for. Had she received a first novel from me without any bona fides (e.g: no track record in Analog) I am not sure I’d have gotten the close attention I got because I had bona fides. So in a sense, selling a first novel to Baen (for me) would not have been possible without prior sales to Analog first. That some of those Analog stories (“Ray of Light”, “Outbound”, “The Chaplain’s Legacy”) would land on Nebula and Hugo ballots, or win readers’ choice awards, was merely icing on the cake. A marker (for any editor to see) that this new Brad R. Torgersen guy was turning heads in the readership.

So yes, to answer the question posed originally, I think short fiction can be a very valuable tool for any aspiring writer seeking to enter the field. Provided (s)he enjoys the form. Not everyone likes short stories, novelettes, or novellas. In fact it’s a safe bet that the vast majority of people reading this article probably prefer novels to short works. And may only occasionally read a short piece if they pick up one of Gardner Dozois’s annual Best Of books, or the similar volumes done by other editors. This is not 1960, and the population of actual SF/F readers in 2014 come to the genre mainly through long form; not short. Which means they will be thinking and feeling “long” when they sit down to begin writing their stories. Which means re-tooling for “short” is a whole other ballgame.

Still, it can be done. And in my case, all my best PR and success has relied upon my traction in the short fiction world. Even my first novel (Baen Books: The Chaplain’s War, fresh out on October 7, 2014) relies on two linked short fiction pieces which previously occupied space in Analog: “The Chaplain’s Assistant”, which made the top 5 in the reader poll for short stories in its year, and “The Chaplain’s Legacy”, which made the 2014 Hugo ballot, and won Best Novella for the AnLab, publishing year 2013. These short works are the backbone of the book. And while the book does tell a bigger, broader story, it could not exist without the “vertebra” of the short works being there first.

Something else: most of my short work to date has been compiled into two collections, Lights in the Deep, and Racers of the Night. I’d initially thought (in 2009) that one should wait until one has a long-lived career, before embarking upon any “best of” albums. But in the run-up to the publication of The Chaplain’s War I had a lot of readers ask me if I had any other books for sale. It occurred to me that there was a lot of economic sense in compiling my short pieces into a book-length treasur(ies.) Kevin J. Anderson agreed, and brought me into the fold at WordFire Press, a consortium publishing enterprise which was able to rapidly and professionally put my collections onto the market well before any traditional small press could. Both Lights in the Deep and Racers of the Night have done well for me, and served as “appetizer trays” for readers wanting to get a taste of my work, prior to investing in something like a novel. These collections also help put the stories into the hands of awards voters who can’t otherwise get their hands on copies of back-dated issues of Analog.

So there’s no reason why a short work, having sold and been published once, can’t be re-sold and re-published again and again; to include overseas sales and translations, which merely introduce overseas audiences to you in a brief format. Paving the way, as it were, for those overseas audiences to expect your longer stuff when it eventually comes.

I think short work also serves as a reinforcement for good craft. As has been said by Steven Barnes and many others, learning to tell a “big” story in a small space forces you to learn an economy of prose that might not otherwise manifest, if your first instinct is to type up a thousand-page epic. True, many readers like and enjoy thousand-page epics. But the heightening of tension, suspense, and the preservation of reader enthusiasm, can all be aided by learning to work at short length. Even if you may have to then turn around and develop a different “tool box” for going long again. Habits developed at short length can do wonders for a person extending to long again.

If nothing else, short works can also serve as good “rest stops” for both writer and reader alike. If you’re in the thick of your novel and your brain simply needs a productive break—something new upon which to dwell—a short story or novelette can be just the thing to take your mind off the novel. So that you come back to the novel fresh, with renewed energy. Assuming the short piece sells and is published, this then keeps your name and work in front of readers during the publication troughs between books. In other words, fans eager to see more from you won’t have to wait a full year (or more) to get their hands and eyes on something they enjoy. Which just further increases their anticipation for your book(s) when it/they eventually see print.

So, short fiction: worth it? Damned right! And I would add: good luck!

Hugo and Nebula award nominee Brad R. Torgersen has won the Writers of the Future award, and two Analog magazine “AnLab” Readers’ Choice awards. A native of Utah, Brad and his wife lived for fourteen years in Washington State, before returning to the Wasatch Front late in the last decade. A healthcare tech geek by day and Army Reserve Chief Warrant Officer on weekends, Brad’s first novel (from Baen Books) The Chaplain’s War hit store shelves in October 2014. 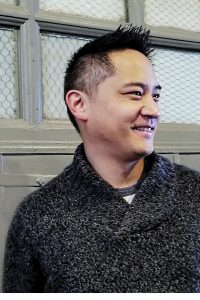