Kaleidoscope, an anthology of YA short stories edited by Alisa Krasnostein & Julia Rios, was born from a WisCon panel. Sort of.

Krasnostein was listening to an episode of The Outer Alliance podcast, which was a rebroadcast of the ‘‘Heteronormativity in YA Dystopian Novels’’ panel. The seeds of an idea were planted and the result is a book full of YA SF/F shorter fiction that better resembles the actual world – you know, one that has more than straight, white people in it. A crowd-funding campaign was launched and the resulting book is now alive.

The first story – Tansy Rayner Roberts’s ‘‘Cookie Cutter Superhero’’ – sets up the idea of how popular culture celebrates only those who fit into very thin slices of humanity. Twice a year, an Australian teen is selected to become a ‘‘superhero,’’ which means he or she is shoved into a box that transforms him or her into one of a few different types of crime fighter, erasing most of the parts of his or her personality that make him or her interesting. The message isn’t subtle but the story about a gay teen about to undergo the process is well told.

The stories move beyond sexual identity, however, and that is what helps make this book truly stand out. There is a teen who reads as somewhere on the autism spectrum in Jim C. Hines fantasy ‘‘Chupacabra’s Song’’. The hero in Faith Mudge’s ‘‘Signature’’ is in a wheelchair. Amal El-Mohtar’s ‘‘The Truth About Owls’’ directs its force onto what it means to be a cultural outsider. Perhaps the strongest story – E. C. Myers’ ‘‘Kiss and Kiss and Kiss and Tell’’ – exquisitely captures the uncertainty of being an older teen with a mental illness.

While a couple of the stories, like Shveta Thakrar’s ‘‘Krishna Blue’’, try to veil their main character’s real world illness (anorexia) with a non-real condition (consuming colors) it doesn’t always work out well and can become a little ham-handed. These stories, however, may ring more true with their intended audience.

That difference is the point of this collection. As Krasnostein wrote in a blog post about this project, ‘‘we want any young adult reader to pick this book up and find a rapport with a character within the pages. And we also want to depict the world as we know it – filled with diversity, and colour and a range of life experiences, that challenge our own view points and perspectives.’’ Based on that rubric, Kaleidoscope exceeds expectations. 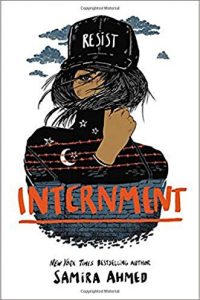 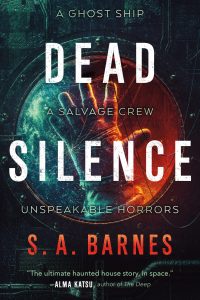