When I reviewed Benjamin Parzybok’s debut novel, Couch, almost five years ago, I made a wild-eyed assertion that he was the love child of Donald Barthelme, Jonathan Lethem and Umberto Eco. Such a fanciful metaphor is a standard reviewer’s tool, but I fear that it always makes the writer toward whom it is directed seem like some kind of Frankenstein’s monster, a mashup of disparate parts. So this time around, with the publication of Parzybok’s somewhat delayed but still much anticipated sophomore effort, Sherwood Nation, let me try an alternate conceit, especially now that I’ve read a book that’s very different from his first.

Benjamin Parzybok is one star in an exotic celestial constellation whose other luminaries are named Paolo Bacigalupi, Will McIntosh, Felix Gilman, Cory Doctorow, Nick Harkaway and Tobias Buckell. The name of this constellation is yet to be assigned. Maybe the connect-the-dots arrangement schematically depicts the “Tuned-in Hipster Futurist” or the “Postmodern Engaged Cli-Fi Artist” or the “Whimsical Slipstream Intellectual Realist.” But whatever silly tag we try to affix on Parzybok and Sherwood Nation, the undeniable truth is, he’s a unique voice who’s delivered a very good book that is both comic and tragic, grounded and fanciful, closely observed and well imagined.

Our scene is just a short hop into the future. Climate change engendered by oceanic disturbances has rendered the West Coast more or less waterless: ongoing megadrought. That part of the country is now cordoned off from the rest of a faltering nation at the Rockies. San Francisco is abandoned. Seattle is doing sorta okay. And in the middle of the spectrum of disorder is Portland, Oregon. There, Mayor Bartlett and the National Guard are enforcing water rationing and other civic ukases. But as always, there are loopholes for the rich. Incensed by the inequality, our heroine, Renee—former barista, a cross between “Fidel Castro and Pippi Longstocking”—plots to make the illegal water grafting public. Her boyfriend, Zach, who works for an ad agency that disseminates water conservation propaganda for the city, is sympathetic but doubtful. Renee and her pals intercept an illegal water truck, the action is filmed and the film aired, and the next thing she knows, she is being hailed as “Maid Marian,” a Robin-Hood-type figure inspiring hope among the downtrodden, and anger and fear among the ruling elite.

On the run, Renee and her ultra-competent sidekick Bea find refuge in Northeast Portland, a lawless zone. There, Renee discovers her true calling, as rebel, politician and civic manager. With help from many, including a local honcho named Gregor and his son Jamal, she begins to organize the neighborhood into a hopeful commune of sorts. Once established, with hundreds of Green Rangers to enforce her new ways of coexisting, and with Zach by her side, she publically secedes from the city, forming Sherwood Nation. But this is a step that “Heartless Bartlett” and the powers-that-be cannot ignore, and must meet with violence.

Parzybok’s achievements are manifold here. First, he tells a gripping story whose lineaments are never predictable. There are great suspenseful set pieces, like the theft of a water truck and a shootout in Sherwood. The entire action is compressed into about two weeks or so, but feels like a whole saga: birth, maturity, and death of a kingdom.

Part of the allure of his tale is the expert and empathetic characterization. Parzybok jumps readily from one POV to another, inhabiting each mind distinctly, and thus giving us a multifaceted view of events. Besides the persons mentioned, we also get the views for Nevel, Zach’s ad agency boss, a family man whose neurotic response to the crisis is telling. And we also ride the shoulders of Martin, a low-level criminal charged with subverting Sherwood. The villains receive as much insightful parsing as the heroes. And much of their interactions is in the form of very enjoyable dialogue, full of wry humor and caustic irony.

A very refreshing thing about this tale is the absence of any digital landscape. No internet, no social media, no cellphones. It turns out that one of the first things to go when the power grid collapses is all our server farms. Forced to live “IRL,” people tend to act more authentically.

There’s a fairy tale, mythic, classical ambiance to Parzybok’s story that lives side by side with a topical, realpolitik half. The book is obviously as headline-friendly as the Ferguson riots, inequality debates, Occupy protests and climate change reports. But there’s also a Joseph Conrad-Grahame Greene-Shakespeare style concern with the nature of power, the roles that are thrust upon us, and the limits of friendship and love.

Sherwood Nation is part of a long lineage in SF of the Temporary Autonomous Zone, or TAZ, a concept first codified by Peter Lamborn Wilson. Not quite identical with Utopias, the TAZ had its first real expression in—when else?—the Sixties, with Samuel Delany’s “We, in Some Strange Power’s Employ, Move On a Rigorous Line.” Since then, stories of TAZs have popped up here and there in the genre. I myself have written several: “Harlem Nova,” “Karuna, Inc.,” “Yes We Have No Bananas.” In real life, every London or Amsterdam squat or annual Burning Man event functions as one.

Parzybok’s novel might well be the most thorough and engaging expression to date of this eternal impulse to hive off from the empire. If the future to come does resemble his, we have a blueprint for survival right here. 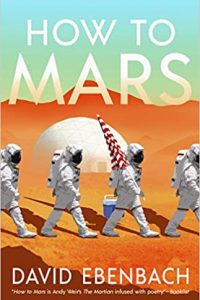 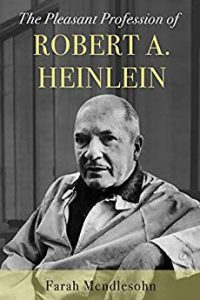 Alec Nevala-Lee Reviews The Pleasant Profession of Robert A. Hein­lein by Farah Mendlesohn