Hachette UK is bringing together all their children’s imprints under a single division, combining Hachette Children’s, Orion Children’s, Orchard Books, and Little, Brown Children’s, starting January 1, 2015. Egmont UK’s managing director Hilary Murray Hill will come in as CEO on January 13, 2015, and Marlene Johnson will be in charge until then, with plans to retire at the end of January. Clare Somerville will serve as deputy managing director. The imprints will retain their individual identities, and no other job changes are expected, though some of the Orion and Little, Brown staff members will move offices.

CEO Tim Hely Hutchinson says, “We are bringing our abundant talent into one children’s publishing division that will be focused on ambitious and creative publishing programs in every children’s publishing area and for every age group. Our six current imprints will continue, retaining their identities and their individual strengths under the leadership of their current Managing Directors and Publishers.” The Hachette Children’s sales team will be in charge of sales for the division, and all books will be distributed by Bookpoint.

Newitz and Anders Move Up

January 15, 2015 admin Comments Off on Newitz and Anders Move Up 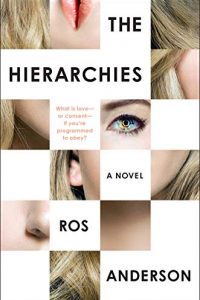