Certain SF writers maintain a level of engagement with their genre material that goes beyond mere storytelling, however ambitious and entertaining. These writers are intent on carrying forth the Grand Work, to employ the phrase Rudy Rucker often uses, and which he borrowed from the discipline of alchemy. These writers want to contribute to the famous Big Conversation of SF, the back- and-forth refinement and tweaking and détournement of tropes and conceits and hardware and vocabulary and venues and characters. Not content with using off-the-shelf components, they explore and expand, reinvent and repurpose.

Among this crowd I would list such folks as Charles Stross, Karl Schroeder, Cory Doctorow, Rucker, Bruce Sterling, Greg Bear, Ann Leckie, Nancy Kress, Neal Stephenson, Hannu Rajaniemi, and Kathleen Ann Goonan. They all seem interested in expanding the dimensions of the genre rather than just playing in the fields we know.

Indubitably to be counted among these challengers of the unknown is Peter Watts, whose books always show a bold intellect not content to inhabit the same scenarios that allure the majority of writers and readers. He’s caviar, not potato chips.

His novel Blindsight opened up a new continuity for him, after the Rifters saga. The saga began on February 13, 2082, when the Earth was ensnared in a net of sixty-five thousand burning artifacts. This enigmatic first contact drove the mission of the Theseus to the Kuiper Belt, where a spiky alien construction dubbed the Rorschach lurked. The Theseus was crewed with five “hopeful monsters,” oddball but talented humans all existing on the far edge of the mental and physical spectrum, including a literal vampire (science had learned how to backbreed the subspecies in a kind of limited re-wilding move). Our focal point was Siri Keeton, Synthesist, able to examine the topologies of events and derive startling insights. The crew’s harrowing interactions with the aliens—among the most inscrutable beings in modern SF—took them through a total on-the-fly rebuild of paradigms of consciousness, neurochemistry, intentionality and information theory—along with tons of slambang action as well. The book evoked comparisons with such claustrophobia-inducing predecessors as Algis Budrys’s Rogue Moon; Robert Silverberg’s The Man in the Maze; and the first Aliens movie.

In the sequel, Echopraxia, Watts is not content merely to pick up his tale where he left off (with Siri alone in the ruins of the expedition). Rather, he returns us to Earth and makes a lateral move, from metaphysics to realpolitik.

Dan Brüks is a field biologist fleeing a shattered past, wherein he’s caused much harm and many deaths, and lost his wife to the permanent virtual-reality realm known as Heaven. Out in the Oregon desert doing research, Brüks is swept up in an ongoing battle amongst several power groups fighting for dominance across a splintering Earth beset by singularity viruses, contagious ideologies, dancing plagues (the echopraxia of the title, surely meant to be reminiscent of the tragic Native American Ghost Dances) and a host of other malaises, large and small. The next thing he knows, he’s been shanghaied aboard a fantastical spaceship named the Thorn of Crowns—lovingly rendered by Watts as the main venue of the tale—and is heading toward a date with a sentient space slime mold, accompanied by such outré folks as a deadly yet not unfriendly military spook named Jim Moore, a vampire named Valerie and a woman named Rakshi Sengupta, the last-itemized of whom has vowed to bloodily kill the perp who caused the death of her partner. And that criminal just so happens to be Brüks, although Sengupta doesn’t know it yet—and literally can’t know it for a while, thanks to a Cognitive Filter in place in her mind.

That bit of neuro-tech is just the tiniest tip of the freshly minted speculative wonders Watts has conceived for this book. Brüks is a baseline human, refusing almost all augments, but everyone else around him is amped up and modified to their eyeballs, in dozens of mind-bending ways. Watts’s language reflects this jazzed-up, posthuman environment with plenty of juicy neologisms and info-dense syntax. Yet there’s never a moment when what is happening is less than crystal-clear. Readers might hark back to John Barnes’s Century Next Door series for a similar “when it all fell apart” feeling of controlled chaos.

I said that Watts switched his focus from metaphysics to mundane power dynamics here, and that’s basically true. But he does not leave the concerns of Blindsight totally behind, specifically in the new conceit of “God is a virus,” a notion which brought to my mind similar work done by Howard Hendrix in his Spears of God. And when a certain connection that links Jim Moore to Siri Keeton is revealed, all the pieces start to dovetail.

The book ends with a kind of Canticle for Leibowitz desert epiphany that is highly emotional and satisfying and spooky as well.

One of the main delights in the story is the relationship between Brüks—the “dumbest,” slowest, most baffled player in the whole game—and Moore, the string-pulling, deadly, proactive spider at the web’s center. Watts depicts their complex symbiosis in a manner that alternates between friendship and enmity, mentorship and disdain. After all, baseline folks like Brüks are dubbed “roaches.” And yet Moore is there time and again to rescue his hapless protégé. Their affinity is too real to be easily explained.

Towards the end there’s a scene where Moore is ensconced in a corner of the spaceship listening to interplanetary voices filtering impossibly into his head, like Howard Hughes or Conrad’s Kurtz. That’s the moment when it became apparent to me that Peter Watts is some precisely engineered hybrid of Lucius Shepard and Gregory Benford, lyrical yet hard-edged, purveyor of sleek surfaces and also the ethical and spiritual contents inside. 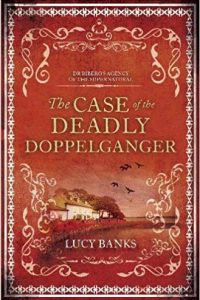