On the mass-market list, titles by George R.R. Martin jockeyed for the top position with A Game of Thrones returning to the top spot, followed by A Clash of Kings at number two. The new runner-up was Silver Mirrors by A.A. Aguirre (Ace). There were 67 nominated titles, up from last month’s 56.

Ann Leckie’s Ancillary Justice remains first on the trade paperback list for the second month in a row, with Authority by Jeff VanderMeer and Sparrow Hill Road by Seanan McGuire tied for second place. Red Seas Under Red Skies by Scott Lynch (Gollancz) was the new runner-up. There were 36 nominated titles, the same as last month.

William Shakespeare’s The Empire Striketh Back by Ian Doescher claimed the number one spot for a third month, with Jeff Mariotte’s Star Trek: Serpents in the Garden at number two. There were no new runners-up, with 12 titles nominated, down from the 13 titles last month. 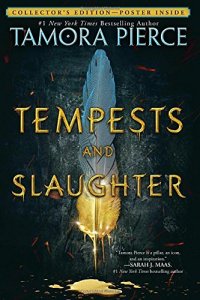