July 2014—
Issue 151, cover art by Alex Ries
• This issue, posted July 10, has stories by Cat Rambo and Helen Marshall, plus the debut episode of new podcast The BCS Audio Valt.

July 2014—
• This month’s story is “Sixty Years in the Women’s Province”, by Benjanun Sriduangkaew.

Issue 3, 2014—
• This annual issue has short fiction by David Bowles, Hunter Liguore, Sean Monaghan, and Adrian Simmons.
• Poetry is by Changming Yuan, David Falkinburg, and Adele Gardner.
• Nonfiction, by Jean Asselin, is a lengthy theme -based online curriculum for the teaching of science fiction.
• Lois Tilton reviews the issue here. 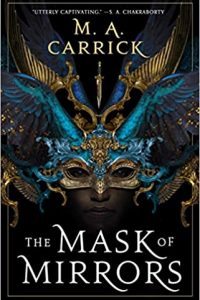 The 2010 Nebula Award nominee list is out! This gives us our first chance to examine some lists and look for overlap. I’ve marked all the stories that appear both on the Nebula ballot and the Locus Recommended Reading list with asterisks [**]. Of course, it’s pretty easy to overlap with the Recommended Reading List, since it is large and meant to be comprehensive. It’s also much easier to compare