We certainly live in a Golden Age for critical works on fantastika. Simply the sheer existence of the Encyclopedia of Science Fiction is almost sufficient proof of that utopia. When one looks back at such founding giants of SF scholarship as Knight, Blish, Merril, and Moskowitz, they appear as isolated beacons along a rather barren coastline, with the interior of the continent of fantastika all unexplored. But nowadays, savvy and respectful academics and journals abound, conventions like ICFA proliferate, and homegrown commentators such as John Clute, Samuel Delany, Adam Roberts and Graham Sleight operate at the highest levels of smart, sympathetic discourse. The whole field benefits, of course, from this insightful feedback on our primary texts.

Award-winning scholar Arthur B. Evans deserves much credit for his contributions to this splendid era, helming as he does the essential journal Science Fiction Studies (SFS) and editing the Wesleyan Early Classics of SF program, as well as specializing in all matters Vernean. Now he assembles a rich volume of essays that voyage back deep to the roots of modern SF, thereby illuminating contemporary productions from a foundational angle. I always recall Thomas Wolfe’s remark (which I cannot seem to source at the moment) about the era of our grandparents being strange and weird and fascinating in a way that the generation of our parents, with whom we as children are intimate and disdainful, was not. There’s lots of that esoteric appeal to be found here.

These sixteen essays all derive from SFS, and appeared from 1976 to 2010, but boast new afterwords. The books they cover date from 1657 (Cyrano de Bergerac) to 1937 (Olaf Stapledon). That’s a lot of rewardingly oddball grandparental material.

Sylvie Romanowski, in “Cyrano de Bergerac’s Epistemological Bodies: ‘Pregnant with a Thousand Definitions’,” surprises me with an account of an episode from de Bergerac that sounds like something out of Stranger in a Strange Land. She clearly shows us how Cyrano embraced both fresh heliocentric findings as well as an older hermetic philosophy.

I had never even heard of the book discussed in Paul K. Alkon’s “Samuel Madden’s Memoirs of the Twentieth Century,” which Alkon maintains is literally the first novel (1733) to acknowledge the future as a fit venue for narratives. Despite its obscurity, the book serves as illuminating instance of a quantum jump in expanding SF’s boundaries.

In William B. Fischer’s “German Theories of Science Fiction: Jean Paul, Kurd Lasswitz, and After,” one truly gets a picture of how early pioneers had to conceptualize from scratch and invent a vocabulary for themselves before they could even begin to concretize their theories. The insight into non-Anglo culture is fascinating as well.

In “Monstrosity, Suffering, Subjectivity, and Sympathetic Community in Frankenstein and ‘The Structure of Torture’,” Josh Bernatchez examines the carnality of Frankenstein’s Monster and how the creature shares a common experience with the victims of torture.

Evans himself distinguishes between two modes of early SF in “Science Fiction vs. Scientific Fiction in France: From Jules Verne to J.-H. Rosny Aîné.” I must say that he makes the more gonzo speculations of Robida and company look very appealing, compared to Verne’s somewhat more stodgy tomes.

I.F. Clarke is masterful and poetic in “Future-War Fiction: The First Main Phase, 1871–1900.” The once overwhelming dominance of this sub-genre is driven home brilliantly. I particularly enjoyed learning about the long-winded best-sellers by Commandat Driant, whose La Guerre de Demain ran to 2,827 pages!

Continuing the theme of carnality seen earlier, Allison de Fren blends filmic allusions with literary ones to consider “The Anatomical Gaze in Tomorrow’s Eve.” The book in question hails from 1886, but sounds as relevant as the Richard Calder ones to which de Fren links it.

The next two pieces venture into the southern hemisphere and come back with marvels. Andrea Bell gives us a look at “Desde Júpiter: Chile’s Earliest Science-Fiction Novel.” Her analysis of how the Jovians in the book are different from other early aliens who functioned mainly as human analogs is enlightening. Expanding her remit to three major early Latin American novels, Rachel Haywood Ferreira limns “The First Wave: Latin American Science Fiction Discovers Its Roots.” The variety of modes and approaches in this very early period show that SF was always a multipurpose tool.

But digging up rarities is not the only critical way to knowledge. Nicholas Ruddick casts fresh light on a classic with “Tell Us All About Rosebery”: Topicality and Temporality in H.G. Wells’s The Time Machine.” “The Time Machine is about the transformed post-Darwinian relationship between humanity and time.” That’s a radical observation you can use!

Likewise, Kamila Kinyon goes back to the original Czech text of R.U.R. to discern Karel Čapek’s true intentions and accomplishments. Hegel also comes into lively play in “The Phenomenology of Robots: Confrontations with Death in Karel Čapek’s R.U.R.”

Zamyatin’s We is one of those classics that seem more honored than actually read. But by providing period context and analyzing the satire in the book, Patrick A. McCarthy’s “Zamyatin and the Nightmare of Technology” makes the reader keen on encountering the book face-to-face.

Without minimizing any of the man’s flaws, Gary Westfahl gives full props to Hugo Gernsback as a seminal figure in the formation of modern SF in his “’The Jules Verne, H.G. Wells, and Edgar Allan Poe Type of Story’: Hugo Gernsback’s History of Science Fiction.” Westfahl’s afterword regarding the hidden forces behind the composition of his essay is nearly as rewarding.

Forsaking a focus on one or two books in favor of a whole trope or theme, William J. Fanning, Jr. walks us brilliantly through “The Historical Death Ray and Science Fiction in the 1920s and 1930s.” This might be the essay with the highest amount of gonzo milestones revealed.

With admirable concision, Susan Gubar steps through almost the entire career of a pivotal woman SF writer in “C.L. Moore and the Conventions of Women’s Science Fiction.” It makes me want to go out and re-read all of Moore’s fabulous work immediately.

Finally we get to watch two titans engaged in an intellectual wrestling match, when Stanislaw Lem opines “On Stapledon’s Star Maker.” You can sense Lem straining to rewrite Stapledon’s opus to his own satisfaction. What a book that would have been!

All of these writers, while showing the greatest academic rigor, also conceal the hearts of fanboys and fangirls, from whence all true passion for the literature flows. That combo makes for great writing and great reading. 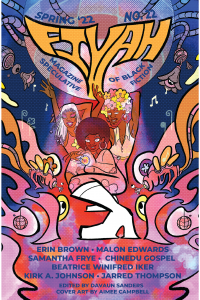 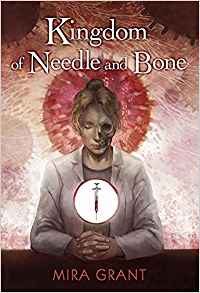