The big genre publishers have effectively abandoned producing short story collections, even for their best-selling authors. Just inspect that category in the annual Locus Recommended Reading Lists for 2013, 2012 and 2011 to verify that. True, Connie Willis was honored with a Best Of volume in 2013. But if you have to become a Grandmaster to achieve such a collection, there’s little hope for the average author, even if he or she sells well at longer lengths. This is a inexplicable and inexcusable historic default of genre support from publishers who rely on fantastika. Supposedly such decisions are strictly marketplace driven, but dubiously so, given the continuing high-profile attention paid to story collections by such slipstream authors as Karen Russell and Ben Marcus.

Thank goodness, then, that so many fine and bold small presses have stepped into the breach. They are performing a vital service to the field, and making all us short-story-philes very happy. They deserve our support.

Fedogan & Bremer was always one such press, until it went on hiatus, due to circumstances beyond the control of the caring and competent owners. But now they are back, and one of their lead titles is from a relative newcomer, Scott Nikolay. It’s a standout volume, on a par with Nathan Ballingrud’s North American Lake Monsters.

First mention of ancillary goodness goes to a sincere, appreciative and insightful introduction by Laird Barron. Second, to subtle yet evocative interior illustrations by David Verba. Third to a satisfying afterword by John Pelan. And fourth to the handsome physical qualities of this book. Well done, F&B!

We open with “alligators,” which finds our narrator stuck in a school counseling job that does not tax his wasted potentials. His family life is on the fritz, and he conceives of a visit to his New Jersey boyhood roots. But he really should have heeded a recurrent dream about the notorious “Watchung Pit of Sacrifice.”

A young boy narrates “The Bad Outer Space” in a highly seductive and convincing voice. He and his friend Sari learn how to see extradimensional beings. But seeing does not always mean avoiding.

The title story is a calm yet spooky novella, reminiscent of Lucius Shepard’s work, set on Easter Island. A six-member research expedition, rife with social dramas, finds itself encountering much strangeness, centering around one particular cave—and natives who come and go without being seen. Or is all this the stoner delusions of Max, who has already been on one fatality-plagued project in his life already?

“Eyes Exchange Bank” returns to a New Jersey setting, and reads like Springsteen-meets-M. R. James, as a group of longtime friends comes apart, leaving our hero, Ray, to navigate some local terrors all by himself.

“Phragmites” illustrates how Nicolay is just as concerned with naturalistic storytelling virtues as with horror per se. His vivid and tangible depiction of New Mexico—zeroing in on a mysterious part of the Navajo reservation, where our hapless protagonist Austin goes in search of anthropological mysteries—and Nicolay’s portraits of the residents, reveal his skills with replicating our consensus reality, but tinged with the weird, of course.

“Geschäfte” is remarkable as an example of building-centric terror, where infrastructure is as eerie as the living actors.

And finally, the unstoppable novella “Tuckahoe” seems to me to be Nicolay’s EC comics homage, full of sexy autopsy assistants, inbred locals and corrupt cops. Toss in a little Jim Thompson, and you’ve got a heady brew.

Nikolay’s writing is clean-limbed, not a shred of rococco excess on it. Poetry and the demotic mix well in his prose. He expertly delivers clues and foreshadowings and backstory tidbits attendant upon his enigmas and frights without hammering the reader over the head with gore or hyperbole. His characters are engrossing, if often repellant, his plotting assured, and his venues enticingly nasty. This book marks the start of a fine career, I am sure.

Journalistic integrity compels me to announce that I contributed the introduction to Rhys Hughes’s engaging new collection, The Just Not So Stories. I took no fee for the privilege, and make no profit from sales of the book. Rhys and I have exchanged maybe ten emails in ten years, and have never met in the flesh, so we aren’t best buddies. He’s just an excellent writer whom I admire, and I don’t imagine that my foreword to his book constitutes anything more than an advance draft of this review from some alternate timestream! That said, what’s Rhys Hughes all on about then?

Along with Don Webb and Steve Aylett, the fellow is one of the few true madcap surrealists working in the field these days. Enormously productive—last I heard, he had written and published over 700 stories, and was shooting for 1000—he’s always operated on a shoestring, appearing from numerous micro-presses. Despite an undeserved lack of monetary and fanboy support, he remains upbeat, incorrigible and always creative. A role model for the writer who values his art above commerce.

With some thirty stories compressed into a little over 200 pages, this collection offers a wealth of fecund invention and humor. I cannot possibly synopsize all thirty items here, so how about a sampling?

I compared Hughes to Webb and Aylett as living peers, but of course his literary ancestors are numerous and honored: Sheckley, Calvino, Barthelme, Breton, Seuss, Lafferty, Bayley (Barrington), Python (Monty) and Bunch (David). But Hughes bows to no ghost, and his stories reflect his own unique manic wit.

The book opens with “The Mistake,” which conflates the world of jazz with NASA, and rewrites history in the bargain. You would think you could anticipate the development and outcome of a story titled “The Great Bicycle Migration,” but you’d be wrong, as Hughes maneuvers his explorer protagonist into a most unseemly pickle. “The Mark of Cain, the Jeremy of Abel” finds our two Biblical Brothers trying to host a soiree without benefit of a large set of friends to draw from. Thank God for plenty of salted hazelnuts!

“The Leveller of Neptune” is one of the longer stories, and a definitive instance of the book’s nature. It reads like an episode out of Lem’s The Cyberiad, perhaps cast in graphic novel form by Fletcher Hanks and Mobius doing an art jam. Geber van Tockle specializes in rare animal theft, but he has to reach new heights of chicanery to attain a gigundo leveller. Delivery does not ensure happiness for his client.

“Message to Rosita” finds a habitual sender of bottled missives getting a rude comeuppance by a secret organization of anti-floating-epistle vigilantes. But watch for the happy ending! “The Underwear Shop” opens with typical drollness: “It was the year love came to town. But it wasn’t the town I lived in and it wasn’t the kind of love I liked. It was whipcracking sadomasochism with a side order of bestiality. I was glad I was in a different town.” From here, this becomes Hughes’s skewed episode of Futurama, where all the robots have taken up the custom of wearing underwear after mankind evolved beyond it.

And finally I’ll force myself to a conclusion by bringing up “Climbing the Tallest Tree in the World,” which burns with a fairytale like simplicity and punch.

Hughes employs a mind-blowing torrent of reversal/explosion of cliches, absurdity, and non sequiturs like a master. His stories read, to the naïve eye, almost like free-associating scat singing. But you can bet that every part is carefully selected to achieve certain effects. And while his stories are packed with satire and mockery, there’s never a trace of malice or ire in his approach. He loves these toys he’s juggling. He’s like the living personification (see his story titled “Personification”) of the website TV Tropes, which, while it mercilessly dissects overused commonalities, adores them as the building blocks of story. “Tropes Are Not Bad” is their motto, and Hughes’s, who turns dross into treasures.

Oh, by the way: did I mention the superb introduction to this volume? That Di Filippo can write!

The Just Not So Stories 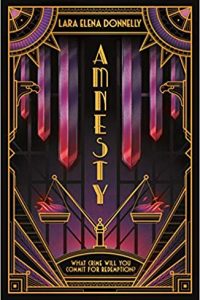