After four months on the hardcover list, Raising Steam by Terry Pratchett rises to first place, while Cauldron of Ghosts, the third book in David Weber & Eric Flint’s Crown of Slaves series, came in second. The new runner-up was Katherine Addison’s The Goblin Emperor (Tor), with 41 titles nominated, down from 43 last month.

On the mass-market list, A Dance With Dragons by George R.R. Martin returned to the top spot after a two-month break, with Martin’s first book in the series, A Game of Thrones, coming in at number two. The new runner-up was Red Planet Blues by Robert J. Sawyer (Ace), with 56 titles nominated, up from last month’s 45.

Ann Leckie’s Ancillary Justice took first on the trade paperback list this month, with no new runners-up. There were 36 titles nominated, up from the 34 we saw last month.

William Shakespeare’s The Empire Striketh Back by Ian Doescher was number one for the second month in a row among the media-related titles. The new runner-up was Star Wars: Book of Sith by Daniel Wallace (Chronicle). There were 13 titles nominated, one less than the 14 titles nominated last month.

Forgotten Realms: Companions Codex I: Night of the Hunter by R.A. Salvatore remained at number one in the gaming-related titles, with no runners-up. There were eight titles nominated, down from 16 last month. 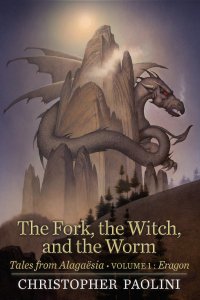 Stanley Albert Schmidt was born March 7, 1944 in Cincinnati OH. He attended the University of Cincinnati, then attended graduate school at Case Western Reserve in Cleveland OH, earning a doctorate in physics in 1969. He spent nine years as a physics professor while ‘‘moonlighting as a science fiction writer.’’ In 1978, he took over as editor of Analog from Ben Bova, a position he held until announcing his retirement

The International Conference on the Fantastic in the Arts